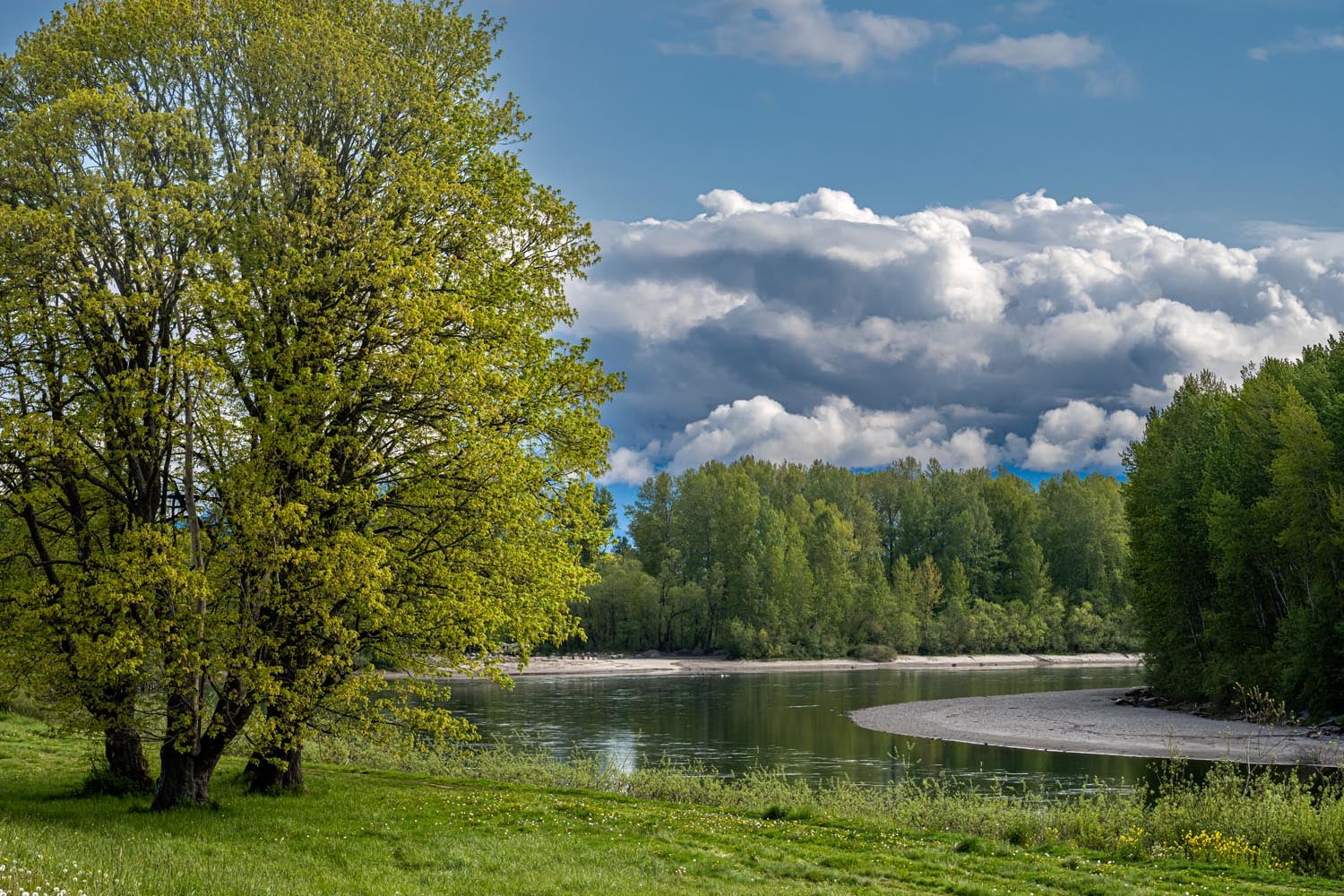 Journalist Brandi Kruse criticizes the Democrat organizations who have organized an effort to harass voters who are looking at Initiative-1929 (which prohibits a new state income tax on capital gains).  Shift reported last week that the Washington State Democrat Party and other special interests which receive generous contributions from state employee union bosses are supporting a telephone hotline to report locations of where I-1929 workers are collecting signatures.  Kruse points out this is the latest act of arrogance by the Democrats as they continue their scheme to impose an unconstitutional state income tax onto Washington taxpayers.

In her “[un]Divided” podcast (starting at the 12:45 time mark) Kruse asserts that the Democrats’ effort to impose a state income tax on capital gains clearly shows the Democrats believe they are smarter than everyone else. The Democrats have mounted this latest effort despite previous Washington State Supreme Courts repeatedly ruling that an income tax is unconstitutional in Washington State and that the last 10 times Washington voters have been given a chance they have defeated efforts to impose a state income tax.

Kruse points out that the Democrats who passed SB 5096 on a straight party-line vote during the 2021 legislative session demonstrated their belief that they “know better than the IRS,” which has long defined capital gains as income. After a Douglas County Superior Court ruled that SB 5096 is unconstitutional, the Democrats chose to ignore the court’s ruling for they believe “we know better than the judges.” Now that an initiative campaign has begun to prohibit this new state income tax, their voter harassment plan demonstrates that Democrats also believe that they “know better than the voters” – and certainly don’t trust them with their voting rights. (Brandi Kruse [un]Divided podcast, Washington Policy Center, Text of I-1929,  Washington Legislature Bill Summary, IRS letter to Congressman Dan Newhouse, and KOMO News)

A new survey of major employers revealed that Washington is one of the worst states for businesses to operate.  The annual survey of 650 American CEOs and business leaders was conducted by Chief Executive magazine. It ranked Washington 46th, only ahead of other Democrat-led big government states like New Jersey, Illinois, New York, and California. The results are based on such categories as taxes and regulation, the quality of the work force, and living environment. While many large employers (such as Amazon and Microsoft) are based in Washington, this seems primarily due to the innovators behind the creation of those companies residing here before launching the company and not due to any business factor developed (or imposed) by liberal governments. (CenterSquare)

A group of 10 public safety organizations and media companies sent a letter to the Washington State Supreme Court asking the justices to reverse their new administrative policy which prohibits the court from mentioning the name of a juvenile defendant and to refer to that person in all court documents by their initials and date of birth only (DOB).  The letter was signed by such groups as the Superior Court Judges Association, Washington Association of Prosecuting Attorneys, Washington State Patrol, and Washington State Association of Broadcasters.

The groups have multiple concerns over the decision which the nine liberal members of the state court made with virtually no public discussion. (Once again begging the question, why do liberals hate government transparency?)  The groups’ primary concerns have to do with actions related to court documents.  If the court only includes initials and DOB, than any warrant or penalty is meaningless since there is not a specific person mentioned in the document.  This could also hurt other non-related individuals who have the same initials and DOB of someone convicted of a crime. This could hurt them when applying for college or job applications or seeking a loan.  The court said they made this reckless and potentially harmful policy change due to “equity” since a proportionally higher number of minority youths are suspects in criminal cases.

The Seattle Times wrote an editorial saying the Washington State Supreme Court should delay implementation of this new policy until after there is a public discussion on its impact. The paper was extremely critical of the liberal justices for attempting to sneak the measure through without seeking input from those it will effect. (MyNorthwest and Seattle Times)

The Seattle Times is asking its readers, “Do you have questions about homelessness that you feel haven’t been answered?”   We encourage our readers to send their suggestion to the newspaper by clicking on this link.  The staff at Shift has sent in a few questions, yet we suspect they won’t be answered, for the Times has not answered these basic questions in the 6+ years since Seattle Mayor Ed Murray and King County Executive Dow Constantine declared homelessness an emergency.  Our questions are:

* How much tax money is being spent by the city, county, state, and federal government on issues surrounding homelessness?

* How much tax money is being spent by law enforcement, fire departments, and medical emergency teams in responding to calls related to homelessness?

* How much money is spent by non-profits and business groups seeking to help those who are homeless?

* Five years ago the Puget Sound Business Journal said more than a billion dollars a year was spent to help homeless individuals. What is that figure today?

* How many government employees are tasked with working on various aspects of homelessness? This includes those involved in all social services, police, fire, sanitation, health care, low income housing, and those involved in purchasing properties and managing homeless shelters?

We encourage our readers to send these questions or ones of your own to the Seattle Times.  Maybe if the paper sees enough people are frustrated by the media’s narrow liberal perspective on the homelessness issue, reporters will see the benefit of broadening their horizons. (Seattle Times, The Seattle Channel, and  Puget Sound Business Journal

A large black smoke plume rose over Tacoma this morning as yet another fire took place at a large homeless encampment which is just south of the Port of Tacoma on Puyallup Avenue.  The smoke could be seen for miles in a blaze which fire department officials said included “combustible materials” used at the encampment. (News Tribune)

Small vegan restaurants, chocolate shops, and herbal tea dispensaries on Seattle’s Capitol Hill are among the businesses which are experiencing repetitive break-ins due to the liberal public safety policies passed by the Seattle City Council.  Criminals smash windows and cause other damage as they break into the retailers to steal money and merchandise from the businesses. The employers put up security cameras and install alarms, yet criminals realize that due the city’s understaffed police department and liberal criminal processing procedures that they will likely not face a penalty for their actions. (MyNorthwest)

Parents dissatisfaction with public schools has caused enrollment in the Issaquah School District to drop by nearly 8% in the last three years.  This trend, coupled with higher wages and benefits for union employees, has forced the district to cut athletic and mental health programs for students. Since the start of the 2019 school year, district enrollment has dropped by 1,716 students (from 21,455 students to 19,739 students). This is occurring in a community with an increasing number of residents. The drop in enrollment has resulted in reduced state and federal funds, which are determined by enrollment figures, for the district. (KING5 News and Washington State Report Card)

Finally the State of Washington is doing something that reduces operating costs for a few of our state’s ranchers and farmers.  The Washington State Department of Agriculture has proposed a slight price drop in the electronic report of cattle sales.  The state has proposed dropping the cost from $1.30 a head down to $0.80.   The state made the price drop hoping it would encourage more ranchers to use the state’s electronic system.  A spokesperson from the Washington State Cattlemen’s Association said, “It’s quite a price drop. It’s the only one that’s going down. We can use all the help we can get.”  Hopefully the department will approve the rate reduction before liberal urban legislators find out and choose to raise the fee to pay for more benefits for their urban constituents. (Capitol Press) Governor Jay Inslee and his wife flew lavishly to hobnob with the wealthy elite in Europe and made Washington taxpayers pick up the tab.  Just as the omicron variant of the COVID virus was beginning to spread in Washington State last November, Inslee took his wife with him to attend the 2021 Climate Change Conference in Glasgow, Scotland – where liberal politicians mix and mingle with wealthy environmentalists at exclusive receptions and heap lavish praise on each other.  Five other Democrat governors also attended and evidently they respected the taxpayers of their state enough to only fly coach.

Obviously Governor Inslee doesn’t have the same respect for the workers of our state, for he and his wife flew in luxury by having Washington taxpayers purchase business class tickets at the cost of $12,510.  The governor is already the sixth-highest paid state executive in the country, with an annual salary of more than $190,000 a year, so he could have covered the upgrade himself if that was so important to him. He also receives a nice pension from the American taxpayers for his time in Congress.  This is just the latest sign that the Democrats have been in charge of Olympia for so, that they obviously feel no accountability whatsoever to those they are supposed to serve – and who are picking up their expensive travel tabs. (Click to read full Shift article)