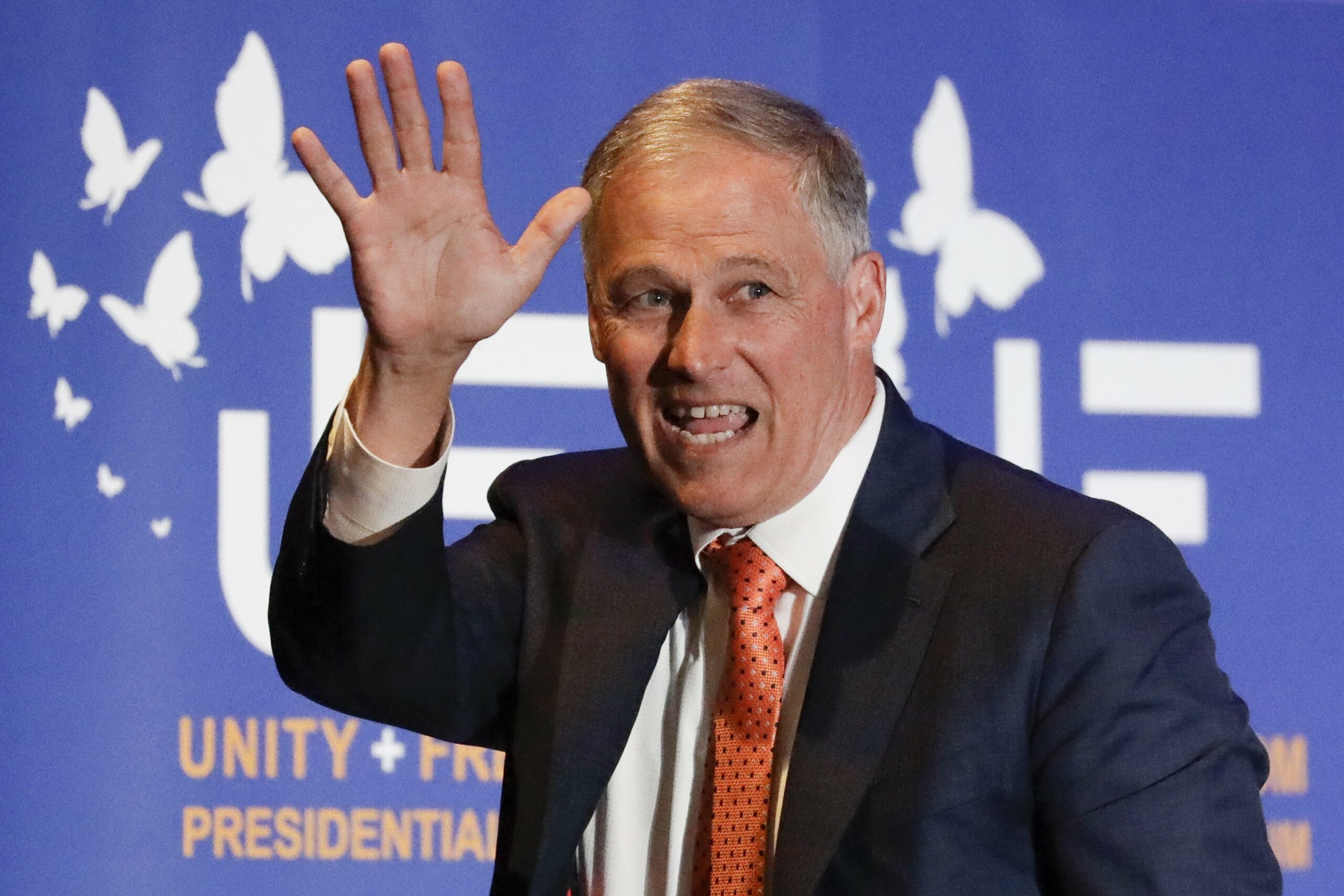 Governor Jay Inslee once again demonstrated his disrespect for Washington State taxpayers when he made them fund the most expensive state delegation to last year’s Glasgow Climate Change Conference where liberal politicians and wealthy environmentalists mix and mingle at elegant cocktail parties to lavish praise on themselves).

A key reason for the expensive bills is that the governor and his wife chose to fly luxury class on Aer Lingus, for his self-appointed privileged status does not allow the couple to mingle with those of us who fly coach class. last November, but Governor Jay and Trudi Inslee were the only ones to fly business class getting there. These expensive seats feature large massage seats which recline into “cozy lie flat beds,” “luxury dining,” and “exclusive premium check-in areas” (again, the governor believes he is so privileged that he can’t be bothered to stand in check-in lines or use a self-service kiosk like the rest of us).

These seven hours of in-flight opulence cost Washington State taxpayers $12,510!  For point of reference, Inslee is currently the sixth-highest paid governor in the country, making more than $190,600 in 2022.  He is also drawing a lavish government pensions from his time as a U.S. Congressman. One would think that someone who directly receives so much money from taxpayers would be more respectful of those who provide him so much wealth.

Remember, the governor made this trip last November, as the omicron variant of COVID was spreading throughout Washington State.  According to the governor, the COVID pandemic is so severe, it to justifies his on-going undemocratic abuse of “emergency powers” (now on Day 790) which he employs to eliminate the state’s legislative branch and local health officials from making decisions which impact millions of lives.  Yet evidently the crisis was not serious enough to stop the governor from flying in luxury across the globe to hobnob with the liberal elite who arrived in Glasgow by private jets and yachts.

This is yet another sign that the Democrats have been in power for so long in Olympia, they no longer feel any type of accountability to those they are suppose to serve.

Forcing the Washington taxpayers to fund his greedy desires is nothing new for Governor Inslee.  He forced the state’s truck drivers, waitresses, farmers, construction workers, sales reps, nurses, and other hard working Washington residents, to pay millions to fund his (unnecessary) security costs for his five-month-long failed presidential campaign in 2019. (Remember, the only other governor in the presidential nomination contest, Montana’s Governor Steve Bullock, paid back his state for the additional security costs caused by his presidential campaign.)

Governor Inslee’s campaign reports nearly $1.4 in receipts since the 2020 elections.  He has placed a half million in a “Surplus Funds” account, while most of the rest is spent keeping his highly paid consultants happy.  Maybe this money (or even, God forbid, the governor’s own money) should pay for his family’s extravagant travel choices instead of forcing hard-working Washington residents to pay for his privileged status.