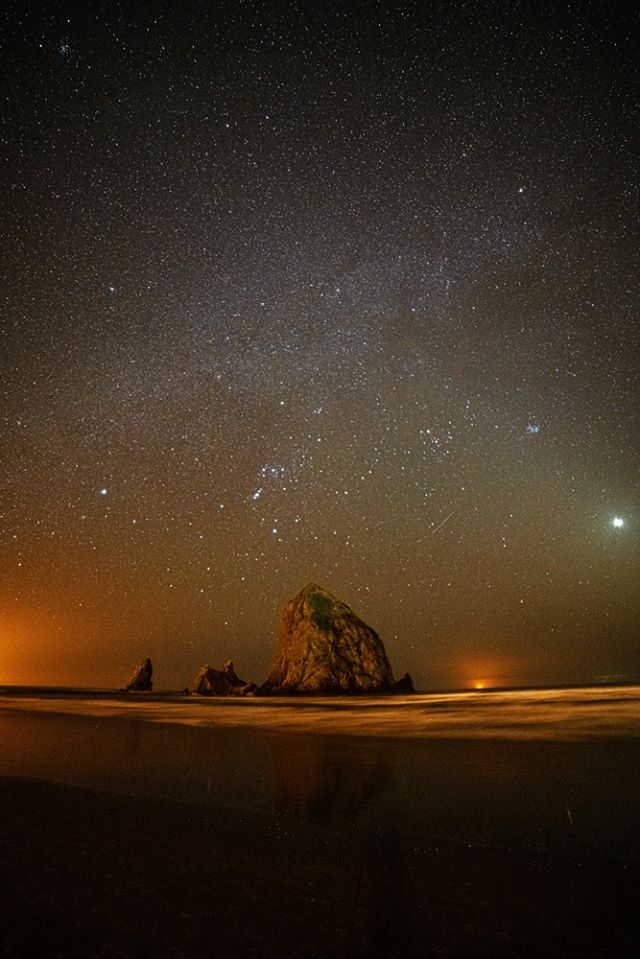 Cannon Beach, OR (lights on horizon are fishing vessels and Venus is just above)

With last week’s surprise announcement from Lt. Governor Cyrus Habib that he will not seek re-election this fall, there is much speculation as to which Democrats will jump into the race that already includes two Republicans (Ann Davison Sattler and Joseph Brumbles).  We start the guessing game by examining the possibilities of two Snohomish County Democrats, Senator Marco Liias and Senator Steve Hobbs, who are each measuring the drapes in the Lt. Governor’s office. (Shift)

During these down times, those of us at Shift thought our readers might appreciate a few book recommendations.  Occasionally we will highlight reading materials which we have found to be very informative.  We highlight a couple of excellent works from people who have recently been leaders in American foreign policy – Condoleezza Rice and Nikki Haley. (Shift)

Reporter Austin Jenkins points out the conflicting messaging from state officials regarding how people should behave during current crises.  In a tweet Jenkins reveals that while Governor Inslee “just tweeted telling people to stay home unless absolutely necessary while his own @WADeptHealth is telling people to go play in the National Parks. (Twitter)

Using a 19th century Washington state law on “adverse possession” is a risky method to obtain a home.  Few, if any, are successful using the law, which entitles ownership to those who occupy abandon property for 10 years.  Often the occupier is caught by the owner and are forced to move out.  (Seattle Times)

The coronavirus has exposed the failures of West Coast progressive’s homeless policies.  While Seattle officials were first blasé about the impact of COVID-19 in the city’s sizable homeless population, there is now concern because most un-sheltered individuals are unable to self-quarantine. The current health crises’ impact on the homeless could have been predicted by city officials due to the previous spread of diseases in homeless encampments in major West Coast cities. (The Daily Signal)

While progressives have thus far been unsuccessful in overturning the voters’ wishes on car tabs and affirmative action, there are some who are now taking aim at repealing the 1993 “Three Strikes You’re Out” initiative.  While 76% of Washington voters supported the measure, current Democrats are seeking to repeal all or portions of the law. During the past legislative session, Democrats were able to remove future convictions for second degree robbery as a Three Strikes’ offense.  Against the wishes of victims’ families and local prosecutors, Representative Rebecca Saldana (D-Seattle) wants to make that move retroactive and wants to repeal more portions of the Three Strikes legislation – because she believes “white supremacy” was involved. (Crosscut)

An agreement has been approved by Washington authorities and the defendant in the “largest misappropriation of public funds on record in Washington state.”  The Pierce County Housing Authority said the Washington Attorney General’s office and Washington State Auditor’s office have come to an agreement with the agency’s former finance director Cova Campbell, who has been charged with stealing nearly $7 million dollars.  Campbell, who is now in federal custody, has agreed to pay back the remaining money and forfeited all her possessions.  (KNKX)

Marty Hartman of Mary’s Place details some of the work her charity is currently undertaking during the coronavirus outbreak.  The non-profit organization continues to help those who are homeless find permanent housing, while at the same time prepare their facilities for medical treatment and isolation rooms for those infected with the disease. (SeattleMet)

Marilyn Strickland, a 10th district congressional candidate, is so tone-deaf that she is using a fake arbitrary deadline to encourage people to give her campaign money.  While phony financial targets are nothing new in political fundraising, Strickland’s campaign has taken it to a new level.  In a recent email plea, the Tacoma Democrat’s campaign writes, “We must raise $9,298 by tomorrow at midnight when the banks close in order to keep pace with our campaign’s deadlines.”  What banks close at midnight?  Why should donors give money because the campaign set some fake deadline?  While the campaign does briefly mention that most people are currently very concerned about finances, this does seem like a bizarre time for a campaign to lie to them about phony deadlines, and claim they are a priority for money.  (Strickland campaign email)

The need for a strong agriculture industry has never been more evident than during the coronavirus outbreak.  The Department of Homeland Security has listed agriculture and its role in the nations’ food chain as “critical” and employers should continue their work schedule to meet the nation’s food needs.  (Washington AG Network)

The Tri-City Herald is encouraging people to provide testimony on the recent federal government Snake River dams study.  It is still important for federal officials to hear from those who want to maintain the dams.  Federal officials are being lobbied hard by the well-funded environmental groups which are attempting to overturn the original recommendations of the draft study, and remove the dams.  People can email their testimony or provide comments via three separate conference calls happening later this week (info in editorial).  The newspaper encourages participation by stating, “Knowing you are helping to protect reliable power production and the region’s economy could be invigorating. And it could take your mind off the disease for a little while.” (Tri-City Herald) 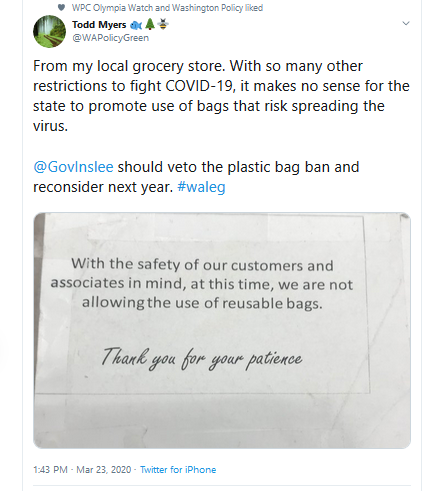 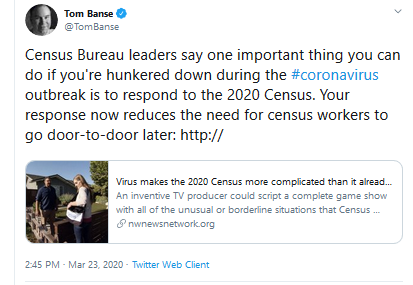