Governor Inslee uses money designated for coronavirus relief to fund some of his favorite projects. 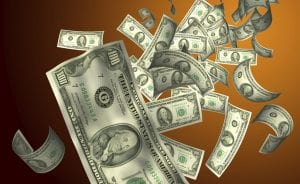 What happened to the $200 million approved by the Washington State Legislature at the end of the 2020 session to help fund the state’s emergency response to the coronavirus outbreak?  Governor Jay Inslee has spent much of that money to fund liberal interest groups’ pet projects – including $10 million that went to tribal governments. That’s right, the same ones which have ignored the governor’s stay-at-home orders by reopening their casinos to allow hundreds of gamblers they want to socially distance from their money.  Meanwhile, the governor has allocated only $5 million to assist WA businesses – the drivers of the state economic engine. This amounts to $10 per business. (Shift)

Shift is denying rumors that we sold 1,000 “Governor Zero” facemasks to King County Executive Dow Constantine for him to hand out to protestors and rioters. 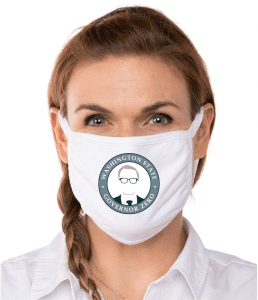 We have a limited supply of the facemasks remaining, so buy your commemorative facemask today! (Click here to order.) Cost is $25, with proceeds going to help fund Shift (so we can keep bringing you the political news you cannot find anywhere else) and to the Northwest Republican Community Fund (which supports Hopelink to assist those who have suddenly lost their wages).  (MyNorthwest, Shift Facemask, and NWRCF/Hopelink)

Despite government employees making up almost 16% of the state’s workforce, they account for less than 2.5% of the jobs lost due to the coronavirus outbreak.  The Economic and Revenue Forecast Council’s (ERFC) latest report shows state unemployment has grown by 446,200 since February (with only 11,100 being government employees). Right now, state employees are scheduled to receive a second 3% raise on July 1st.  Democrat lawmakers, including Governor Inslee and the Democrat Legislative leaders, have not responded to the Republican legislators’ request to hold a special legislative session after the next state economic forecast is released on June 17th.  (Yet another example of Governor Inslee partisan approach during the COVID-19 crisis.)  Republicans are hoping to reduce the tax burden that state government is forcing on the private employers who will lead our state’s economic recovery.  The ERFC’s report also predicts the state will have more than 10% unemployment through 2021. (ERFC’s June 2nd Report,  Senate Republican Caucus media release, and Shift)

It appears controversial Employment Security Department (ESD) Commissioner Suzi LeVine obtained her position primarily because she raised a lot of money for Democrat politicians.  LeVine (who obtained her position after Inslee’s previous ESD Commissioner Dale Peinecke resigned due to sexual harassment allegations) only had previous government experience as U.S. Ambassador to Switzerland during the Barrack Obama administration.  She earned that position after bundling $2.3 million in contributions to the Obama campaign.  Just prior to announcing his failed candidacy for President, Inslee conveniently put this Democrat fundraiser on the state’s payroll in the ESD position.  LeVine was in charge of the department when it was the recent easy target of a Nigerian-based scam that has cost taxpayers “hundreds of millions of dollars” (though the Inslee administration has yet to provide the public with a more precise amount).  Many Republican legislators, including Senate Republican leader Mark Schoesler, have called on LeVine to resign or be fired.  LeVine seemingly knows the priorities Inslee has for her, as she has continued to host fundraisers at her home for Democrat presidential candidates while working for the state, and has maxed out in donating to Inslee’s re-election campaign. (Seattle Times and Shift)

One of the primary reasons why Governor Inslee was forced to extend his prohibition on evictions is because his state bureaucracy failed to process and deliver promised unemployment benefits.  Despite near full employment and the hiring of additional processors, the Employment Security Department was falling woefully behind in delivering promised benefits to Washington residents who suddenly lost their wages. When state officials were informed by federal law enforcement of the “Nigerian scam” that cost the state “hundreds of millions of dollars,” they further delayed benefit payments by shutting down the system to investigate the fraud they had been allowing. (News Tribune)

Because Washington State’s schools were unprepared for distance learning, 58% of the state’s parents are concerned their child is falling behind.  67% of low-income parents are worried their child is not keeping up with their classmates. 17% of parents said they received little or no information from their schools regarding academic resources during the coronavirus outbreak. (The Education Trust)

The protests and riots in Seattle and Bellevue could force Governor Inslee to further delay the resumption of business activities in King County in the future.  The governor’s spokesperson said, “We will need to watch COVID-19 activity closely in King County over the next several weeks.” Not quite the same reaction by Jay as the insults and attacks made on people who protested his refusal to re-open the economy last month. Apparently, the protests/riots will not impact the county’s current application to resume a few activities, (such as Dow Constantine walking around handing out facemasks). (Seattle Times)

The American Civil Liberties Union (ACLU) has chosen to attack Amazon because the company sells face recognition technology which, according to the far-left activists , “supercharges police abuse.”  Yet, a quick Bing/Google search finds thousands of other retailers who also sell the equipment. Also, is the ACLU really saying that using technology to identify criminals is “police abuse?” Does that mean actually arresting is “cruel and unusual punishment”?(Seattle Times)

The Puyallup Tribe is the latest to defy Governor Inslee’s orders by announcing the opening of its new large casino next Monday, June 8th.  The 310,000 square foot gambling facility was originally scheduled to open in March, before the coronavirus outbreak.  The Puyallup tribe had already ignored Governor Inslee’s health concerns for non-tribal Washingtonians by re-opening the nearby Emerald Queen Casino on May 18th.  (News Tribune)

The City of Edmonds’ finance director has been removed by the new mayor with no cause given.  Mayor Mike Nelson fired Scott James from his $164,000 a year position, yet he was given a half-year salary and benefits in his severance package. (Everett Herald)

Eastern Washington University could be facing a 12.1% budget reduction for 2021 fiscal year.  The Board of Trustees could be forced to declare a “severe financial crisis” due to the school losing $12 million in state funding and $24 million in tuition and other revenue sources. The “declaration” would provide the university’s president with some flexibility within collective bargaining agreements and allow her to reduce spending in all departments. (Spokesman-Review)

The Chelan Douglas Board of Health voted to submit a second proposal to the state within a week to allow the counties to start to reopen businesses.  The first proposal was denied by the state and is the cause behind a lawsuit filed by the counties against Governor Inslee.  A hearing on the lawsuit has been re-scheduled to be heard on Wednesday. (Wenatchee World)

Transmission of the coronavirus continues at a high rate in Yakima County, and local health officials say the county is not ready to ask the state if they can move to the new “Phase 1.5 Level.”  Yakima County continues to have more infections and hospitalizations per capita then the rest of the state.  Health officials are asking residents to wear cloth facemasks to reduce the spread of the virus. (Yakima Herald) 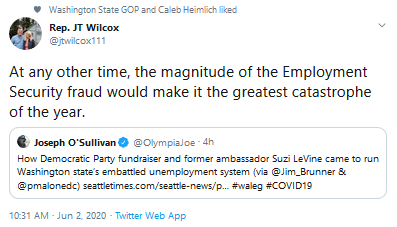 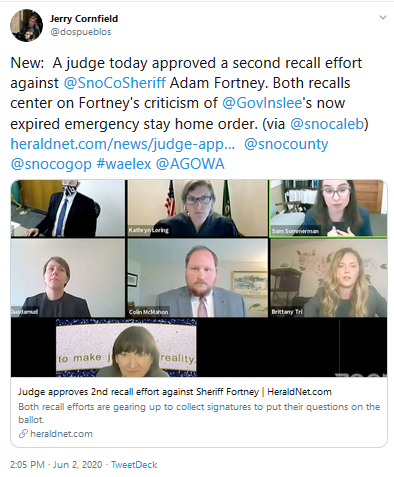