Representative Andrew Barkis condemns Governor Inslee’s lack of leadership in not listening to ideas about how to assist land owners severely impacted by the state’s eviction moratorium.

State Representative Andrew Barkis (R-Yelm) had strong words for Jay Inslee because of the governor’s lack of effort to solve the problems being faced by many property owners due to the governor’s eviction moratorium.  As a KOMO News story points out, many landlords are facing severe financial difficulties because they still must pay bills even without receiving rent checks.  Barkis said despite many good suggestions being brought forward to solve the problem, the governor has failed to listen (likely because the suggestions did not come from an Inslee campaign contributor) and that Inslee’s “lack of leadership is staggering.”  Barkis, whose career has been in property management, said of the governor, “You have been presented with so many solutions, you just choose to ignore them so you can further the Seattle Tenant organizations agenda and continue to legislate via proclamation. Meanwhile more people in Washington suffer as they face losing their homes. Does this really help? When the owner loses their rental home guess what, so does the tenant. Instead of working together to solve this problem, you extended the moratorium for another two and a half months. Good job!!” (KOMO News and Barkis Facebook post)

Controversial Washington State Superintendent of Public Instruction Chris Reykdal is being challenged for re-election by five individuals, of whom all oppose his divisive sex education bill which he passed through the 2020 Democrat-controlled legislature and got signed by Governor Jay Inslee.  By far, the challenger who has earned the most amount of financial support is 30-year-old Lakewood resident Maia Espinoza. Thus far Reykdal has raked in  $94,000 in campaign contributions, mostly from government employee unions (including the Washington Education Association) and from tribal governments (including those who defied state health restrictions to re-open gambling casinos). Besides his sex education bill (which the voters have the opportunity to repeal with Referendum 90 on the November ballot), Reykdal also created controversy when he tweeted on election night (and which he deleted 24 hours later), that the Democrat legislators should punish counties that voted for I-976 (the car tab initiative). Espinoza has obtained nearly all her $67,000 in contributions from Washington State individuals.  If one of the challengers defeats Reykdal, it will be the first time in over 50 years the superintendent was not essentially handpicked by the teachers’ unions. The top two vote receivers in next Tuesday’s primary election will face off in the November general election. (Everett Herald, Public Disclosure Commission reports, Shift, and Twitter)

Ryan Neal of Blueprint Consulting writes in an op-ed that small business owners and entrepreneurs, “are best positioned to step up and create the companies and jobs needed to revitalize the economy.”  To allow this to happen in Washington State, Neal believes the legislature needs to remove three government roadblocks which often impede innovation. 1) Eliminate the state B&O tax for a business’ first year, 2) Change the B&O tax to be based on profit (not based on revenue), and 3) End the state’s monopoly on workplace insurance and allow private insurance plans to lower the cost. (Puget Sound Business Journal)

The Puyallup Tribe conducted its own investigation into serious health and safety concerns at the brand-new Emerald Queen Casino and have (not surprisingly) determined that the allegations were not supported.  Like many tribally owned and operated gambling operators, the Puyallup tribe ignored Governor Inslee’s COVID-19 related health and safety restrictions to allow hundreds of gamblers to gather inside the casinos while the state’s non-tribal gaming rooms have remained closed.  A complaint was filed with the Washington State Occupational Safety and Health Administration (OSHA) two weeks ago claiming many violations, including allowing large crowds to gather in small spaces, employees not wearing facemasks, lack of hand sanitizer, numerous workers infected with the coronavirus (with one completing a full shift with symptoms), and “numerous sick players” in attendance.  The tribe said in a statement they are reviewing their procedures and will take corrective actions.  Thus far, the tribe has not altered one specific controversial policy which allows players to remove their facemasks when they are smoking inside the casino. No word on what OSHA will do with the complaints, but given the Inslee Administration’s knack for favoring the governor’s campaign contributors, very few people expect to see a vigorous enforcement of the state’s health guidelines at the shiny new casino anytime soon. (News Tribune)

The Seattle City Council continues to rush forward on its controversial measures to reduce funding of the Seattle police Force by 50%.  Despite most councilmembers recently winning elections promising more police funding, the council has caved into the demands of violent protestors and is reversing course to quickly implement public policies which impact the safety of hundreds of thousands of residents. Councilmember Kshama Sawant selfishly states that it is a “mind-boggling assertion” to take a deliberative course to ensure the changes are done correctly, and that the views of residents who do not protest violently are also considered.  Meanwhile, Mayor Jenny Durkan has proposed a far less radical reduction of the police budget by moving some services to other departments. Washington State Democrat leaders, like Governor Inslee and Attorney General Bob Ferguson are silent, having abandoned the mayor because they are fearful of standing up to those on the radical left. (MyNorthwest)

Bellevue Mayor Lynne Robinson and Deputy Mayor Jared Nieuwenhuis believe their city is better prepared than most communities to come back from the unexpected economic downturn caused by the coronavirus outbreak.  At a virtual forum hosted by the Bellevue Downtown Association, the elected leaders stated that hi-tech companies have adapted well to the new business climate and these companies comprise much of the city’s economic base.  Both officials also spoke about the inspirational experience of seeing hundreds of volunteers (many of whom were high school students) come out June 1st to clean up the destruction caused by rioters the day before.  As opposed to Seattle, the City of Bellevue is working with the King County Prosecutor’s office to make sure those who vandalized and stole from businesses are prosecuted. (Bellevue Reporter and Facebook Live)

The U.S. Government said that the four Snake River dams will not be removed and decided to implement less radical measures to assist salmon in migrating to and from the Pacific Ocean.  The decision comes after a thorough study of the issue by the U.S. Army Corps of Engineers, Bureau of Reclamation, and the Bonneville Power Administration and was hailed by Eastern Washington’s congressional members.  Representatives Jaime Herrera Beutler, Cathy McMorris Rodgers, and Dan Newhouse said in a joint statement that the “benefits of the dams along the mighty Columbia and Snake rivers are far too precious for our region to go without. We are proud to see a comprehensive, science-based process come to fruition.” (AP)

Congressman (and former Washington State Department of Agriculture Secretary) Dan Newhouse said it is curious that questionable seeds were mailed from China to Americans immediately after the Chinese Consulate’s Office in Houston was shut down.  Newhouse echoed the warnings of other officials about the suspicious seeds and said we need vigilant in protecting our crops and our food supplies. (Washington AG Network)

Those of us at Shift are tipping our caps to Jay Inslee’s campaign staff for having the guts to say the governor’s favorite saying is “Early to bed, early to rise, work like hell and organize.” He might like the saying because it rhymes, but those who have observed the governor’s schedule during his first two terms have never feared Inslee would suffer from work exhaustion.  And much of the “work” he does do is unrelated to his job (where he is the sixth highest paid governor in the country after receiving another pay raise 30 days ago), but is more aimed at obtaining a position for himself within a possible Biden Administration.  If the governor did work hard at his job, then maybe he would take 20 seconds away from talking about federal issues and let Washington citizens know whether he supports the drastic police budget cuts supported by his fellow Democrats on the Seattle City Council. (Inslee Campaign Fundraising email) 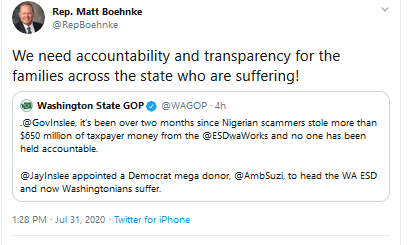 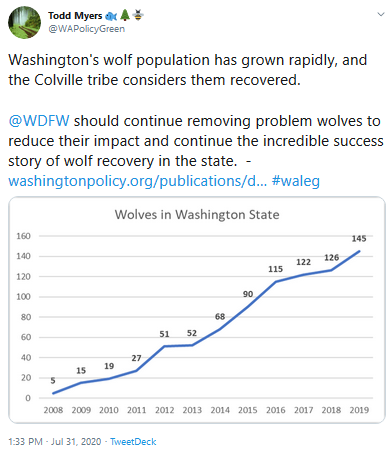