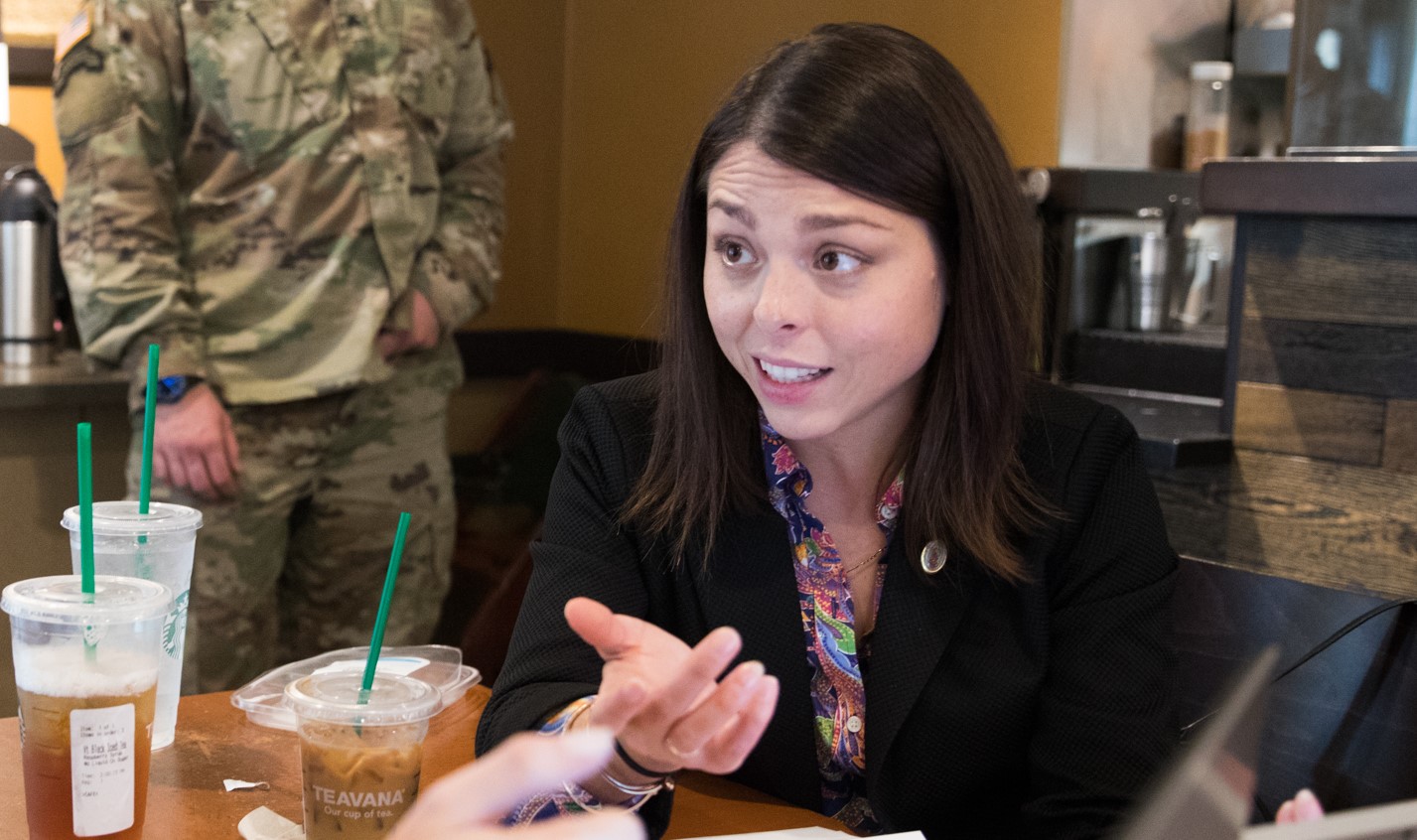 Maia Espinoza has announced that she is running against the divisive Superintendent of Public Instruction Chris Reykdal and is this week’s Newsmaker Interview.  Espinoza shares her thoughts on the controversial Sex Education bill that passed the legislature this year (and the subsequent Referendum 90 campaign), the “embarrassment” of our state’s lack of preparedness  to use technology to educate our students during COVID-19 , and the financial impact of teachers’ pay raises.

Why are you running for Superintendent of Public Instruction?  How will you run the office differently than current SPI Chris Reykdal?

I am running for Superintendent of Public Instruction to update and improve our public school system in Washington State. My office will be very different compared to the current administration because we are reimagining education, the status quo is no longer an option. It’s clear from our state’s own metrics that communities are not receiving equal funding and student outcomes are not improving. As demonstrated by extended school closures, Washington’s public schools were not prepared for a crisis and it is the students who will again suffer the consequences. The 2020-2021 school year will be radically different than in years past and our state deserves school leadership with a vision toward the future.

During the 2020 legislative session the Democrats pushed through Superintendent Reykdal’s controversial sex education bill (SB 5395). What are your thoughts on the bill?  Do you support the Referendum 90 campaign’s objective to repeal the legislation?

Local school districts know their communities and their needs better than anyone. The parents in those districts have done their homework and evaluated their options. State authorities have a legitimate and necessary role to play in setting objective standards for grade levels, proficiency, and other clearly measurable outcomes. That said, there is no reason for state authorities to come in from the top down and tell districts and parents how to handle an issue like this.

It doesn’t make sense for SPI Reykdal to treat this particular issue as his top priority at the same time that more than 50% of students can’t pass state standards for science and math and around 40% can’t meet our standards for English. Improving educational outcomes for students should be our top priority, not partisan agendas. I do support referendum 90 in the sense that I didn’t support this bill’s passage. However, if the bill remains intact and I am elected, I will work to provide districts and parents with additional curriculum options.

Following the legislature’s action to comply with the McCleary court decision, many school districts gave their teachers large double-digit pay raises. Now these districts are again facing financial difficulties because of these pay raises.  What needs to be done to bring stable financing to local school districts?

We have a duty to deliver good educational opportunities to the students of our state. For a long time, we were underfunding our education system. McCleary called us to right those wrongs and make good on our promises, which was good. Even within McCleary, it did not at first look like teachers would get what was allocated for them by the legislature, and I campaigned for teachers to get what they were owed. They perform an amazing public service to our children, and I want fairness for them.

The problem now is that many school districts provided raises beyond what was allocated, they overspent and over-committed. Certainly the districts have a responsibility to support their teachers, but they also have responsibilities to the communities they serve, and the taxpayers within them. In order to bring stable financing to local school districts, we must reassess the budgeting mechanisms districts rely upon and not bailout overblown district budgets.

Upon seeing the voters supporting I-967 (the car tab initiative) on election night, Superintendent Reykdal sent out his infamous tweet (which he later deleted) in which he told Democrat lawmakers that they should punish counties who supported the measure.  What did you think of the tweet and was it appropriate for the SPI to want to take revenge on counties whose voters were seeking relief from multiple tax increases?

I’m inclined to say that everyone on Twitter occasionally sends a rash tweet they quickly come to regret. I don’t want to use that tweet for partisan bashing of Superintendent Reykdal but the hard part is that he seems to have sent that tweet exactly in the spirit of the partisan bashing of districts that didn’t support his agenda.

What we can say for sure is that this wasn’t a tweet that was delicately worked through a PR firm or something like that. It reads as a rash, off-the-cuff comment that likely reflects the visceral animosity within the superintendent towards these tax-conscious districts. Rather than a hand offered in reconciliation, his first instinct seems to have been to punish them for their policy differences.

Superintendent Reykdal has already used his office to punish districts that coincidentally don’t support his agenda with unequal funding. Consider that Seattle gets more money for migrant students than eastern Washington, where most of the migrant workers actually live. The existing imbalance isn’t enough for him. In this tweet, I think we see a vengeful agenda of bleeding political opponents dry until they fall in line.

How do you assess the readiness of our state’s education system for COVID-19? Do you have any initial thoughts as to how the state can improve its preparedness?

The response to COVID-19 has been an embarrassment for our state. Technology runs through Washington. From huge firms like Amazon and Microsoft to the scrappiest little startups, we love tech here. For us to have all of the talent and resources that we do right here at home and yet be so unprepared and under-resourced to respond to a crisis like this one is unforgivable. Technology is never going to fully replace meaningful, face-to-face instructions with teachers. Anything we can offer now is an imperfect solution, but we can at least offer so much better. We are now nearly two months into this crisis and most of our children still aren’t learning.

We need to think about what we can do to reimagine education and diversify the offerings available to our students so that we are never caught flat footed like this again. You can’t exactly plan for a bizarre act of God crisis precisely because it is bizarre. But we can be ready more broadly. We can invest in supplemental and complementary education materials that can be used online both during a crisis, after the crisis, and in the next crisis. We already have American companies producing educational technology that is employed elsewhere in the world while we here rely on antiquated systems.

When our children return to school in the fall or later, we need schools to be radically different and radically better. No longer can we treat old models from the Industrial Revolution, with schools as factories, as the way of the future. We need to reimagine an education system that fits the way we live now and appropriately accounts for the future.

We talk a lot about equality of opportunity for our students. Right now, we are two months into a crisis in which parents who are trying to work and aren’t trained as educators are being asked to teach their children on the side. This reality is just driving students who were already behind the pack even farther behind. We need meaningful standards and systems of support for all students. We need teachers who will support parents in helping students meet standards. We need technology and new ways of thinking to improve the toolkit we are using to lift up our communities. If we can execute on those points, we can reimagine an education system in Washington that doesn’t settle for half of students failing but instead strives for all students succeeding.