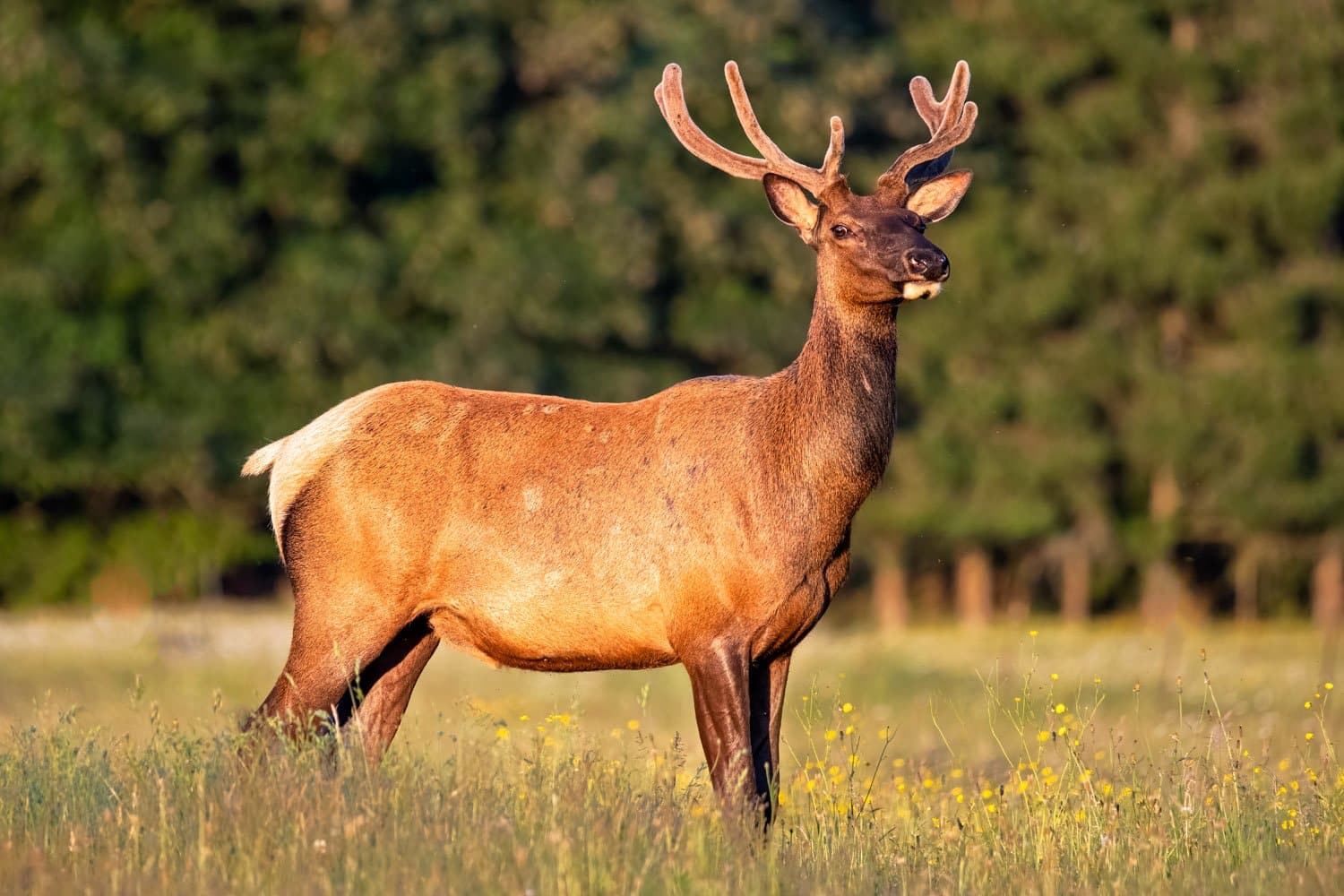 Several Republican lawmakers and candidates expressed their amazement of the the recent abrupt flip-flop performed by many Washington State Democrat politicians on public safety issues.  Almost overnight, Democrat officials are suddenly acting as if they are law enforcement’s best friend, after spending the past two years passing partisan anti-police legislation at nearly every level of government.  Obviously the Democrats are becoming nervous over poll numbers which reveal that many of their incumbents are in serious trouble in this November’s elections (especially in swing suburban districts) and their pro-criminal policies (along with inflation and higher taxes) are the prime reasons for the voters’ frustrations with liberal lawmakers.

The most notable flip-flop came from Governor Jay Inslee last week, when he shocked everyone by stating “This defund the police movement, I don’t agree with it.”  Many Republicans noted that this comment should have been made in July 2020, and does almost no good to be made in July 2022.  The governor should have made this statement during his now infamous press conference on June 10, 2020, when he was asked about the violent anti-police riots conducted by liberal activists who had just taken over portions of Seattle’s Capitol Hill.  If the governor had demonstrated some backbone against the rioters instead of meekly saying “That’s news to me,” there would be fewer crime victims today who have suffered because Democrat politicians caved into the demands of the violent radicals.

Representative Jim Walsh (R-Aberdeen) pointed out in a Facebook post that the governor and other Democrats’ recent pro-police comments run contrary to their actions over the past couple of years.  The Democrats’ anti-police agenda is not just one or two isolated bills, but more than 10 different major pieces of legislation passed by the Democrats and signed into law by Governor Inslee. From severely limiting law enforcement’s ability to pursue suspected criminals to decriminalizing possession of lethal hard drugs, the Democrats’ actions have clearly made Washington State a more comfortable place to be a criminal and their sudden pro-police comments are simply an election year gimmick.

Senator Republican Leader John Braun (Centralia) was highly suspicious of the governor’s statements by pointing out Inslee had numerous opportunities to demonstrate he was against the defund the police movement but he failed to act.  “(T)he governor was nowhere to be seen months ago when we already knew Washington had the fewest law-enforcement officers per capita in the nation, and his allies in the Legislature were blocking our bill to help communities rebuild their depleted law-enforcement agencies.”

If the voters are fooled by these liberal politicians’ comments and the Democrats keep control of the legislature in 2023, they will likely go back to passing more pro-criminal laws, such as Representatives Tarra Simmons (D – Bremerton) and David Hackney’s (D – Tukwila) bill (HB – 1692) to reduce the penalty for those convicted of drive-by shootings (Representative Jim Walsh Facebook post, Lauren Donovan Twitter, Rebecca Perry Twitter, Centralia Chronicle, and Washington Legislature Bill Summary)

House Republican Leader JT Wilcox (Yelm) pointed out the irony of the Washington State Democrat Party Chair pushing the false narrative that crime is not really a problem while at the same time Democrat incumbent lawmakers are suddenly talking tough on crime.  Representative Wilcox posted an image of a tweet by Washington State Democrat Chair Tina Podlodowski downplaying the increase in murders in Washington by falsely stating they are mostly “racially based hate crimes” and because of “easy access to guns.”  Wilcox suggested the Democrat party staff should hold a Zoom meeting with their candidates to make sure they are not sending contradictory messages.

Senator Mark Schoesler (R – Ritzville) was highly critical of recent statements from liberal Washington State Superintendent of Public Instruction Chris Reykdal for stating he is looking for a way to bypass the Washington State Legislature to eliminate state testing of K-12 students.  Testing has shown that student scores are dropping despite a large increase in public funding. Senator Schoesler said, “How can we know if Washington students can read, write and do math at their grade level if we don’t assess them? Parents and taxpayers deserve to know if their children can read, write and do math at grade level, as well as how their children and their schools compare with other students and schools.” SPI Reykdal and other Democrats would prefer to avoid providing measurements which could be used to hold them accountable.  (Gorge Country Media)

Republican activist Marliza Melser’s write-in campaign to unseat long-time Democrat Senator Karen Keiser in the 33rd Legislative District is entering its make-or-break week. The 74-year-old incumbent Keiser is the Senate Pro Tempore (i.e. the longest serving) and has been in the legislature for nearly 27 years. Melser will need 200 voters to write in her name on their primary ballot (which are due next Tuesday, August 2nd) in order to appear on the November general election ballot.  There is one group of workers who will likely be very happy to support an opponent of Senator Keiser – hairdressers.  In 2019, more than 1,000 hairdressers showed up in Olympia to protest Senator Keiser’s proposal (SB 5326) to forbid hair salons from renting out space to hairdressers who are independent contractors.  Senator Keiser was more concerned about the state losing a little tax revenue than she was about tens of thousands of Washington State hairdressers losing their livelihood if her bill had passed.  Hairdressers in the 33rd LD (Burien, Des Moines, Normandy Park, SeaTac, and NW Kent) might be interested in learning they can help to make sure Senator Keiser has an opponent this fall. (Melser Declaration of Candidacy,  News Tribune, Washington Legislature Bill Summary, and 33rd Legislative District Map)

Amazon stated it will no longer pursue an option to open two small warehouses and bring jobs to Seattle’s Rainier Valley after liberals protested the creation of jobs in the community. Amazon had been considering opening two warehouses at the location of the Pepsi Distribution Center and a Lowe’s store on Rainier Avenue. Protestors said jobs don’t matter and that the spaces should be used in an unspecified manner to improve quality of life, and they were worried the warehouses would increase pollution (because people would be travelling to and from their job).  Amazon said they will find another location for their warehouse jobs. (MyNorthwest)

Sound Transit has experienced an incredible 63% decline in systemwide ridership compared to before the pandemic.  The agency carried 17.8 million passengers in 2021, after carrying more than 50 million passengers in 2018 and 2019.  When the voters approved an additional $53.5 billion for the system (ST 3) in 2016, they were promised the passengers would fund 40% of the agency’s operating budget, yet passengers now only account for 5% of Sound Transit’s funds and the ST3 current budget has more than doubled to at least $115 billion, and will likely increase even higher.  The agency has also imposed passenger fare measures which basically allow anyone who wants to ride the system for free to do so. (MyNorthwest and Seattle Times)

Chelan County is cracking down on those who operate unlicensed short-term rentals (STR) of their homes. With the growth of home-share companies such as Airbnb and Vrbo, there are more people renting out their homes (especially second homes) to travelers.  The county passed a measure to require homeowners to obtain a license in order to rent out their spaces.  So far 731 residences have been issued licenses, yet it is estimated that 1,300 STR options are currently being run illegally in the county.  Chelan County has increased its staff and is sending out warning letters to those who do not have a license.  Fines of $750 will be levied against those who continue to operate without a license. (Wenatchee World) Shift’s interview was with GOP House candidate Gabe Sachwitz, who has received the endorsement of the House Republican Organizational Committee as he seeks to unseat two-term Democrat Representative Mari Leavitt in the 28th Legislative District.  Like many residents in his Southwest Pierce County district, Sachwitz is a military veteran after having completed two tours overseas with the U.S. Marine Corps. He is currently an adjunct professor at Pierce College and a volunteer firefighter for Anderson Island Fire & Rescue.

In his interview Sachwitz provides his thoughts on fixing the damage the Democrats created with their 2021 anti-police laws, calls for suspending the state’s gas tax, and argues for ending the overvaluation of vehicles for assessing car tab fees. Sachwitz also describes the negative impact the Democrats’ Long-Term Care payroll tax will have on Washington State workers and provides Shift readers with his current favorite book. (Click to read full Newsmaker interview)