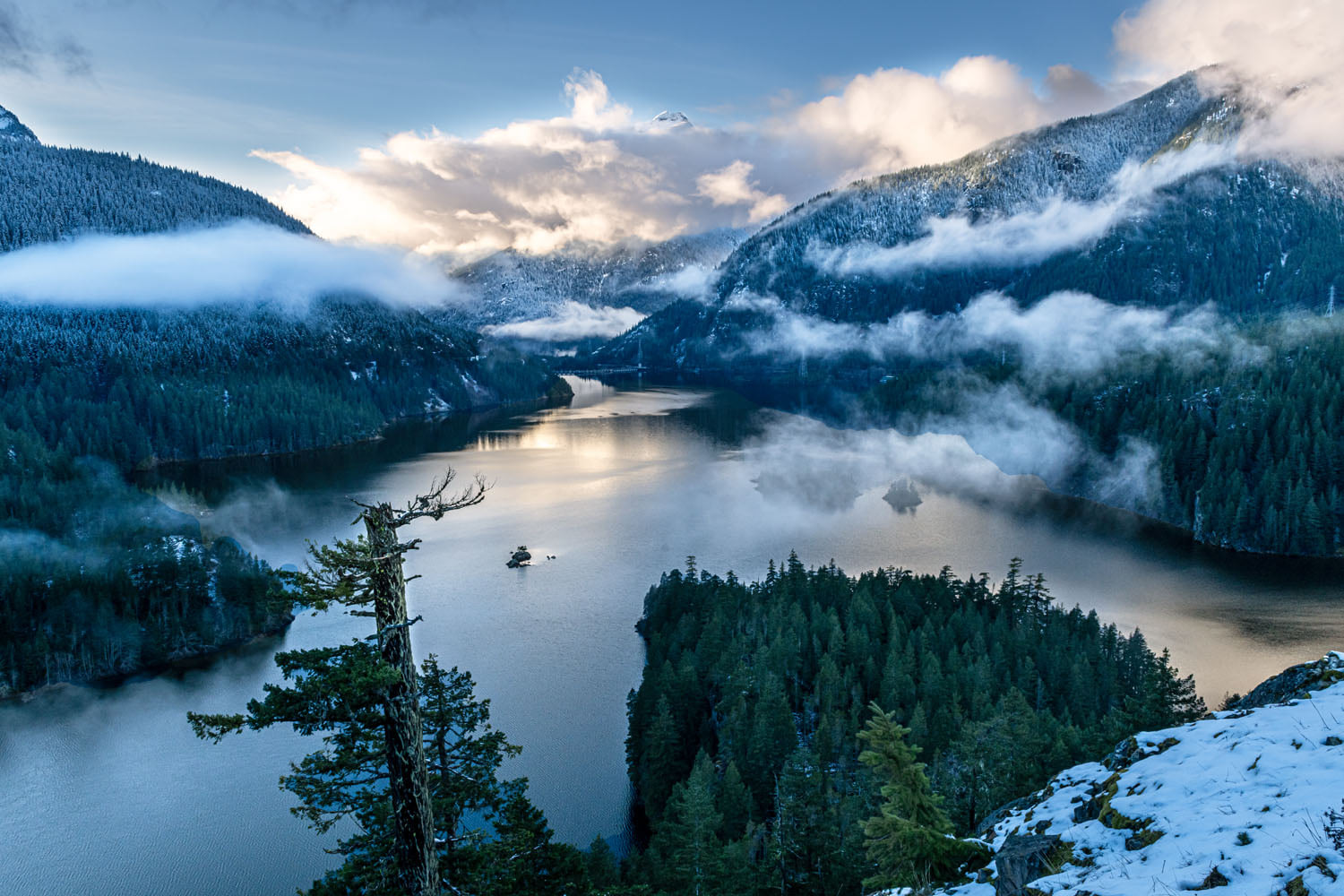 Basic greed is complicating Democrat legislators’ efforts to impose more taxes on state employers.  Seattle lawmakers made other liberals jealous last year by imposing a job-killing employee tax on over 800 of its businesses (through its misnamed “JumpStart tax”)., Now, the Democrats convening in Olympia are trying to figure out how to impose a similar employee tax statewide, without diminishing the revenue being confiscated from the same sources by the City of Seattle.  Seattle City Councilmember Teresa Mosqueda avariciously proclaims that if state Democrat lawmakers infringe on Seattle’s new tax revenue then it will need to “make sure that the city is kept whole” by kicking back to the far-Left Seattle city council any funds the state tax takes away from the city’s bounty.  Governor Jay Inslee and Democrat legislators continue to seek new taxes to increase state revenues (instead of just not spending as much money), despite having more money to spend in the next budget than in the current one. (Crosscut)

Democrat House Speaker Laurie Jinkins (D – Tacoma) uses the budget cuts made by Governor Christine Gregoire and Democrat majorities in the legislature over 10 years ago as a weak excuse for not considering any budget cuts now as the state digs out of Jay Inslee’s disastrous economic shutdowns.  Speaker Jinkins channels her best Speaker Pelosi by incorrectly stating, “With so much to do, there is one thing we cannot pursue: An all-cuts budget. We are still living with the deep cuts from the Great Recession.”  Yet facts do not support Jinkins’ point of view.  The 2007-2009 budget (during the “Great Recession”) was $32.1 billion, while the current budget (some 67.3% higher) is at $53.7 billion. Thus, any reductions in state spending due to 2009 budget cuts have long been backfilled with the massive increase in taxpayer cash coming in. Using constant 2020 dollars, state revenues per Washingtonian have jumped from approximately $3,100 (in 2010) to approximately $4,200 (in 2021), a 35.5% increase.  The financial data simply does not back Speaker Jinkins’ arguments – which have been a staple of labor union talking points for over a decade – but it sure makes her campaign donors feel better about their investment in her “leadership”. (Seattle Times, Washington Policy Center, and Washington State historical budget figures)

Senator Tim Sheldon (D – Shelton) is concerned that rules governing the 2021 legislative session will limit the public’s ability to protest, and have the opportunity to stop, bad legislation.  Sheldon, who is a member of the Republican Senate Caucus, writes in an op-ed that “Unfortunately, many of my colleagues see this an opportunity to promote hugely controversial legislation that in ordinary times would trigger enormous public protest.”  Sheldon points out that Democrats proposals to impose an unconstitutional state income tax on capital gains and to pass an expensive and ineffective Low Carbon Fuel Standard (which Sheldon states will increase gas by 57 cents a gallon) have both been defeated in the past by the public and would likely generate extensive public outcry on the capitol campus during “normal” years. (Kitsap Sun)

Jason Mercier of the Washington Policy Center says members of the public should “Let your voice be heard!” by taking advantage of remote testimony during legislative hearings.  Mercier’s briefing on testifying remotely provides some guidelines for participating in virtual hearings and links to register to speak out on issues you care about. (Washington Policy Center)

The Vancouver Columbian is calling for the dismissal of Governor Inslee’s incompetent Employment Security Department Commissioner Suzi LeVine.  The normally very liberal newspaper points out the many serious problems (such as allowing hundreds of millions of taxpayer dollars to be stolen in one of the largest thefts in American history, failure to approve legitimate claims in a timely manner thus causing financial hardship for tens of thousands of Washington residents, informing benefit recipients that they must return funds months after they have spent them to pay bills, and now providing roadblocks to officials who are investigating the problems) and states Governor Inslee should listen to Republicans and remove LeVine from her position.  As the paper points out, “The state Employment Security Department is due for a shake-up. The top might be a good place to start.” Yet it is doubtful Inslee will listen to the Columbian’s concerns, as he must have some very important reasons to continue to stand by his appointment of LeVine, whose primary qualification for the job was that she has raised millions of dollars for Democrat politicians’ campaigns.  (Vancouver Columbian)

Senator John Braun (R – Centralia) and Senator Mark Mullet (D – Issaquah) have filed a bill to require local school districts to offer in-person learning to all students if a county’s percent of positive COVID-19 tests falls below 5 percent for two consecutive weeks.  Currently, most education officials are basing decisions on the number of positive cases per 100,000 residents.  Braun, who was recently elected the Senate Republican Caucus Leader, said that method discourages testing.  Braun and Mullet (who was targeted with millions in attack ads by the Washington Education Association during the 2020 elections) both contend that the teachers’ union has far too much power in determining when schools should reopen. (Centralia Chronicle)

One of the primary lawyers in the City of Seattle City Attorney Pete Holmes’ office, who is promoting the “poverty defense” to eliminate many misdemeanor offenses, lives in New York City.  Deputy Seattle City Attorney Schochet, who is a friend of City Attorney Pete Holmes, has been allowed to “work remotely” out of NYC since June as he promotes legislation that will allow many serious crimes to go unpunished. Schochet says his contract runs until at least July of 2021.  Since it will not be his car that is broken into or his daughter who is assaulted, it makes it extremely easy for Schochet to collect a paycheck from Seattle taxpayers while pushing legislation that will make Seattle a less safe place to live and work. (MyNorthwest)

A new family now owns the Centralia Chronicle along with the Battle Ground Reflector and the Nisqually Valley News.  Chad and Coralee Taylor of Chehalis have purchased the three newspapers from the Lafromboise family that has operated the papers for the past 52 years.  The Taylors have promised that the “Chronicle will be rolling out (new features which) have never been offered by a local newspaper.” (Centralia Chronicle)

Amazon is now the top private sector employer in Washington State.  While Amazon has grown during the pandemic, as it has successfully retooled itself to meet the growing need of online retail, Boeing has consolidated Washington State jobs to South Carolina as the demand for new airplanes has reduced airplane manufacturing. Amazon has added 14,000 Washington based jobs in 2020 to bring its state employment total to 80,000.  Boeing is expected to slash 23,000 Washington jobs (bringing its state employment number to 59,000) and relocating many of the jobs to its Charleston facility (where the governor does not go on national TV to irresponsibly equate the company executives to muggers and blackmailers). (Seattle Times and NPR/KUOW)

The Washington State Farm Bureau is concerned over a new bill being sponsored by two liberal representatives representing Puget Sound districts.  Representative Debra Lekonoff (D – Burlington) and Representative Sharon Shewmake (D – Bellingham) have introduced the Green Bonds Bill, which they contend will benefit the agriculture community.  Yet, Bre Elsey of the Farm Bureau argues that this is a false claim and that “it’s a massive tax bill.  It’s going to be pretty dangerous for agriculture.” (Pacific Northwest AG Network)

The snowpack levels are currently above average in Northeast Washington.  Climate change alarmists often take early snapshots of annual snowpack levels to provide “evidence” for why the government should impose expensive energy measures (which always seem to benefit their friends), only to have later snow accumulations erase the deficit.  Yet this year, the snow has arrived early, and thus why we are not hearing about snowpack concerns from the greenies this year. (Columbia Basin Herald)

The Spokane School District will announce plans on Wednesday to return 3rd grade to 5th grade students back to the classroom.  Local Spokane health officials have supported bringing students back to in-person instruction since early December. (KREM – TV)

In Case You Missed It 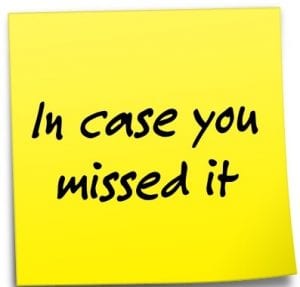 Did you catch Shift’s special editions over the holidays, where we provided links to our favorite Newsmaker Interviews for 2020?   The first edition featured our interviews with elected officials, while our second edition provided our discussions with community leaders, policy makers, and advocates. (Shift Daily Briefing Special Edition) 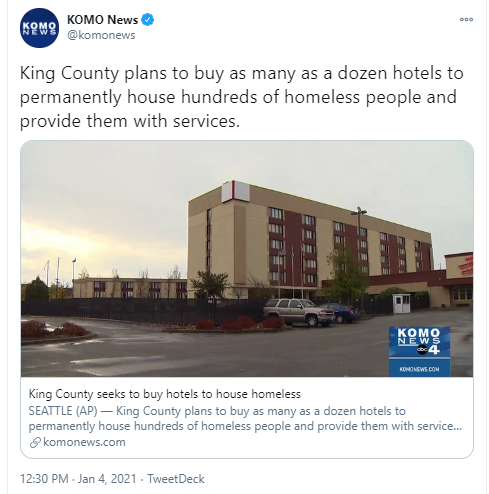 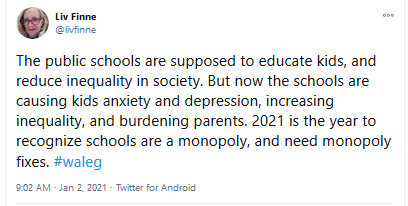