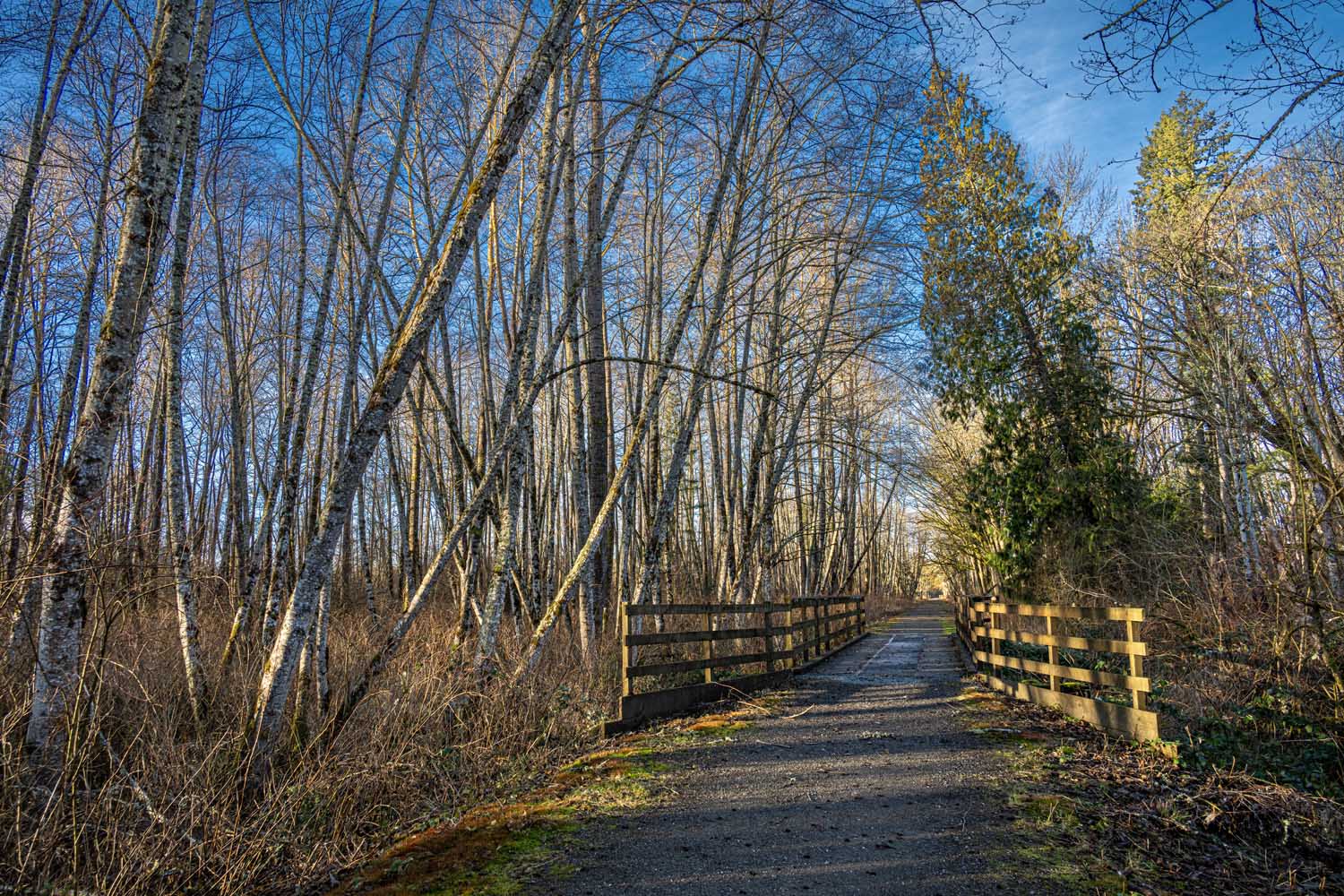 Representative Mary Dye (R – Pomeroy) writes about an innovative proposal to focus attention on the problems facing men and boys in our state. The representative’s legislation (HB 1270) is the first in the nation to create a state commission on the issues facing males and has received attention from the New York Times, C-Span, and national think tanks.  Among the many daunting national statistics, males are more likely to be incarcerated, suffer serious repercussions from drug and alcohol abuse, have trouble in school, experience homelessness, and commit suicide.  There are currently 39 states which have state commissions focused on issues impacting females, while there is no state with a similar effort focused on issues facing males.  Representative Dye’s legislation would create a nine-person bi-partisan board which would identify solutions to issues and provide recommendation to lawmakers. (Click to read more about this innovative approach.)

The Democrats are already seeking to increase the tax rate and eliminate the $250,000 minimum for its unconstitutional state income tax on capital gains.  The Washington State Supreme Court is hearing arguments this Thursday at 9:00 AM as the Democrats seek to overturn a Douglas County Superior Court ruling from last March that stated the state’s new income tax on capital gains is unconstitutional.  Yet even before the case is heard, Democrat legislators are already seeking to increase the tax from 7% to 8.5% to pay for their latest expansion of the state’s socialized health care system.  SB 5335 (sponsored by Senator Bob Hasegawa and the usual suspects among Puget Sound area liberal senators) also seeks to remove the current $250,000 minimum currently placed on the tax. The bill says that anyone who earns more than $0  from capital gains will be responsible to paying the illegal tax.

This bill is the latest proof that while the Democrats claim this tax is aimed at the very wealthy, the truth is the liberals already have plans to not only increase the tax rate but also to expand it to all forms of income, including wages.  If the nine liberal justices ignore 100 years of legal precedent and the opinion of the IRS and every other state and for partisan political reasons determine that this tax on income is really an “excise” tax, than it is very safe to say that everyone, including the working poor, will be paying a state tax on our earned income before long. And if Democrats get away with their unethical scheme of calling it an “excise tax”, Washington State taxpayers will not be able to deduct it from their federal tax obligations, as taxpayers in all other states can do.  (Washington Legislature Bill Summary – see section 302 of bill, TVW’s Scheduled broadcast of Supreme Court hearing, MyNorthwest, and Washington Policy Center background post on the income tax of capital gains)

If you watched any of the NFL playoff games this weekend, you likely saw an ad from a new coalition, Welcome Home Washington Housing, which seeks to reverse our state’s damaging liberal housing and regulatory policies which have made Washington State last in the country for the number of housing units per family.  The group is led by the Washington Realtors, with Amazon also financially supporting the effort.  While Governor Jay Inslee is focused on his expensive $4 billion housing initiative (which appears to focus much more on growing the size of state government than on increasing housing supply), Welcome Home WA Housing assert there are three areas where the legislature could change policies to improve the state’s available housing supply.

The three areas listed are: You might have seen on social media this weekend the cartoon which correctly points out Senator Manka Dhingra’s (D – Redmond) stubborn refusal to help lower the state’s crime rate by not allowing even a public hearing on a bi-partisan bill which would lift the restrictions on police pursuit.   Senator Dhingra showed her extreme Left-wing agenda by letting it be known last week that she denied a Republican lawmaker’s request to hold a public hearing on either HB 1053 or  HB 1363 in front of the Senate Law and Justice Committee (which Senator Dhingra chairs).  Both bills would remove the restrictions the Democrats placed on police pursuits when liberal lawmakers passed their disastrous 2021 anti-police legislation as part of caving into the reckless demands of violent liberal rioters. In the 2022 legislative session, Senator Dhingra led the effort to block a vote on the Senate floor of a similar bill (SB 5919) which had received strong bipartisan support in the House (it passed 86 – 12). All those who have their vehicle stolen or become victims of criminals who the pursuit restrictions have prevented police from arresting can thank Senator Dhingra for her efforts to make our state more comfortable for criminals. (Future 42 Facebook post, Washington Legislature Bill Summary, and The Center Square)

Seattle Met magazine has done its job for the state’s liberal establishment by posting a 900-word puff piece of Washington State Commissioner of Public Lands Hilary Franz.  The article, along with two large pictures of the commissioner standing bravely against the wind and climbing a tree, reads like something one would find on a candidate’s web page. It is widely assumed that Commissioner Franz seeks to take on Attorney General Bob Ferguson and King County Executive Dow Constantine in a run for governor in 2024. (Seattle Met)

It was announced this weekend that the man who was brutally attacked in broad daylight in Downtown Seattle on January 13th has died.  The 53-year old man had his skull fractured when he was struck by a man wielding a hammer.  The assailant then stole the victim’s backpack and fled the scene while those nearby did nothing to stop him.  The attack occurred at 2:15 in the afternoon at 4th Avenue and Pike Street, near where Seattle Police Department briefly stretched its resources last year to increase patrols following murders and other criminal activities on 3rd Avenue.

We have counted five murders in Seattle thus far in 2023, as the city is already on pace to break the previous high murder rates from 2021 and 2022. Failed liberal public safety policies are one of the reasons why four Seattle City Councilmembers have chosen to not to run for re-election and why many businesses have announced their departure from Seattle. (Q13 Fox News, KING5 News, and  KOMO News,

Washington State University is expecting a 6,000-student drop in enrollment since the start of the pandemic.  At the beginning of the 2019 – 2020 school year, nearly 32,000 students attended the university in Pullman.  New projections given to the WSU Board of Regents projects that only 26,000 students are expected at the start of the 2024 school year (a near 20% drop in enrollment).  The university previously submitted a budget request to the legislature which would give professors and staff a 4% raise later this year and another 3% raise the following year, at a cost to taxpayers of $34.5 million, to evidently teach far fewer students. (KQQQ Pullman Radio)

Washington State University soil scientist Lynne Carpenter-Boggs is one of the nation’s leading experts on how to get rid of the dead bodies of animals which could be infected during a major outbreak. Dr. Carpenter-Boggs has been extremely busy due to the avian influenza (aka, Bird Flu) which has significantly reduced the nation’s supply of chickens and eggs.  Washington has been among those hit extremely hard, as over a million birds have either died or been euthanized due to the current outbreak.  By comparison only 1,800 birds have died or been euthanized in Oregon. Carpenter-Boggs says the best technique is to let dead chickens compost in a mixture of corn stalks and grain (windrows). (NW News network) Shift’s Newsmaker Interview was with new Republican Senator Nikki Torres who made history last November when she became the first person of Hispanic heritage to be elected to the Washington State Senate from Eastern Washington. Senator Torres represents the 15th Legislative District including the Yakima Valley, Pasco in the Tri-Cities, and Othello in Adams County.  The former Pasco City Councilmember is a manager for Western Governors University and is the mother of two daughters and has three grandchildren.

In her interview, Senator Torres outlined her agenda for the 2023 legislative session stating that her top priority is to improve public safety by reversing many of the Democrats’ disastrous anti-police measures. The senator asserted these liberal mistakes have “put the public at greater risk, making the streets safer for criminals, hostile to law enforcement, and dangerous for our families.” She outlined her belief that the legislature should focus more on providing tax relief to help families instead of using extra tax revenues to expand state government even further.

Senator Torres also provided her views on policies urban Democrats continue to impose of Eastern Washington farmers threatening their existence. She explained her legislation designed to help our farmers by improving their access to water. (Click to read full Newsmaker Interview)