Republican lawmakers say they will keep fighting to pass legislation to reopen the state’s economy. 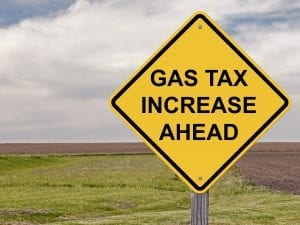 Democrat legislators continue to make it more expensive to live and work in Washington State, as they seek to impose the highest gas tax in the country – and this is before including the 57 cents a gallon Governor Jay Inslee’s Low Carbon Fuel Standard would add.  The Democrats have collected all of the transportation pet projects from their members and they will make all of us pay for it.  While Democrats continue to say they want to make the tax system fairer, these taxes will impact lower-income workers the most. (Click to read the full Shift Article)

Republican legislative leaders vowed to keep pushing the bipartisan SB 5114, or any other legal means, to reopen Washington State’s economy.  At their weekly media availability, Republican leaders were asked by KOMO TV’s Keith Eldridge what they were going to do to help relieve the frustrations of local officials in counties where Governor Inslee has unilaterally held them back at Phase 1 (in his random re-opening scheme).  Senate Republican Leader John Braun stated that the methods the governor is currently using are unscientific, and that he vows to continue to use parliamentary techniques to push SB 5114 (which would move all counties to Phase 2). “You can expect us to continue to press on this,” Braun stated. “It is important to folks around the state.  The restrictions we are under are harmful. People are really upset and angry at the governor, at government in general, because we are squeezing out their livelihoods. We will continue to press along the lines of 5114 or any other method we can use to bring attention to this issue.”  House Republican Leader J.T. Wilcox added that children are suffering due to not being able to return to the classroom and seniors are being unnecessarily isolated.  “I think there is a lot of scientific evidence now that tells us how to be safe,” Wilcox stated. “The price is high. We have to lead on this.” (TVW coverage of Republican Media Availability and Washington Legislature Bill Summary)

As a helpful information tool, the folks at the Washington Policy Center have put together an informative post on the current push by the Democrats in the legislature to impose a first of its kind state income tax on capital gains.  The post includes links to short videos and articles which outline the argument against imposing the tax (especially since current revenue projections show there is more than enough money to pay for current state government programs), and why an income tax on capital gains is unconstitutional in Washington State. (Washington Policy Center)

A Wall Street Journal video states that the teachers union’s insistence on keeping schools closed is the latest development causing parents to lose faith in public schools.  The unions’ opposition to the innovation provided by charter schools, and their desire to promote their radical political agenda, have also led to an increase in the number of students pulling out of the public school system.  The video states that, even with this growing frustration with public schools, there is little hope much will change with the Biden Administration. (Wall Street Journal)

A bill has been introduced by Democrat lawmakers that would require Lyft, Uber, and other ride-share companies to meet annual quotas for the number of miles driven in electric cars.  If passed, HB 1075 would only apply to ride-share companies and not to taxi-cab companies. This is the latest attempt by liberal lawmakers to prop up an antiquated taxi-cab industry which had previously neglected to meet consumer needs. This failure then allowed the innovation of Uber and Lyft to obtain quick success in the marketplace. (My Northwest and Washington Legislature Bill Summary)

The state is recommending that residents take down bird feeders to stop the spread of “songbird fever.”  The Washington State Department of Fish and Wildlife (WDFW) says that that the deadly salmonellosis is being spread through saliva and droppings, and that feeders are the primary source.  It is not known if Governor Inslee is planning to mandate face masks for birds, or social distancing at bird baths, or have WDFW impose fines on those who keep their feeders open to serve the birds. (News Tribune)

The organization the Seattle City Council selected to lead its new “community based public safety” programs is already in turmoil.  Last Summer, when the city council abruptly changed course on public safety by caving into rioters’ demands to defund the Seattle Police Department, they chose King County Equity Now (KCEN) to research ways to improve public safety.  The council approved $3 million dollars to pay for research on how the city should annually spend $30 million (taken from the Seattle Police Department’s budget), by having community groups perform tasks that might improve public safety.  KCEN provided its “preliminary findings” of surveys, photography projects, and podcasts to the council last week.  Now the report’s leading researchers have parted ways with KCEN, saying the organization’s leadership has used “abusive communications,” delayed paychecks, and are “dismissing the lived experiences of some Black community members.”  The Washington State Auditor is already investigating the city’s no-bid contract and financial commitment to KCEN.  In unrelated news, two people were shot on Tuesday evening, one of whom died on the way to the hospital, near Jimi Hendrix Park just South of I-90 in the Central District.  Police arrived at the scene and the suspect began shooting at the officers. Police returned fire, killing the suspect. No word if KCEN researchers were available to do a podcast on the incident. (Seattle Times, PubliCola, and KING5 News)

In one of Katie Wilson’s most laughable columns (and that is quite an achievement), Crosscut’s favorite socialist scribbler gives a “cheer” to the Seattle City Council for “Grappling with the homeless crisis.”  Apparently during the COVID-19 pandemic Wilson has locked herself in her home reading the Seattle councilmembers numerous self-congratulatory press releases, and has failed to look at the all the city parks which have been taken over by homeless encampments, or talked to any of the Seattle residents who have had their homes and cars broken into by the criminal elements within the growing encampments.  By all measures, the city council and City of Seattle have only made the homeless problem worse since former Mayor Ed Murray declared a “state of emergency” on the homeless issue five years ago.  There are more people living in the cruel existence of homelessness, drug use and crime are increasing, and parks are no longer available for families to use.  The only thing that has improved is the government union bank accounts, with the large increase in dues-paying city employees who have been hired to “solve” the problem.  Obviously, Wilson believes that actual images of this disgrace, in KOMO’s “The Fight for the Soul of the City”, are Right-wing propaganda pieces and not to be taken seriously.  Unfortunately for Wilson, her latest column provides even more evidence that she is the one who cannot be taken seriously.  (Crosscut, Seattle Times, and YouTube/KOMO News)

The Puget Sound Regional Council, which clearly has run out of productive things to do, released an initial study on possible passenger ferry routes in Lake Washington, Lake Union, and Puget Sound. The study did not examine the economic viability or funding sources for the ferries, because that would have shown what a waste of time this effort was. The never-going-to-happen plan narrowed its focus on seven possible routes, Seattle-Tacoma, Bellingham-Friday Harbor, Whidbey Island-Everett, Kenmore-University of Washington, Kirkland-UW, Renton-UW and Renton-South Lake Union.  All of the suggested routes, except for the Bellingham-Friday Harbor, would be commuter routes operating Monday – Friday. The Bellingham-Friday Harbor route would be seasonal during the summer months. It is now up to local governments to decide if they want to move forward, and which agency should take the lead on wasting more money on the project. (Seattle Times)

Facilities operated by the Inslee Administration continue to be the source for COVID-19 infections.  The Stafford Creek Corrections Center in Aberdeen reported its fifth coronavirus-related death on Tuesday.  It is among the long list of state-run hospitals and corrections facilities which have failed to follow health and safety guidelines, and have allowed the virus to spread among residents and staff.  Stafford Creek has had 148 COVID cases in the past 30 days. (iFIBER One)

The Tri-City Herald, while appreciating that Idaho Congressman Mike Campbell’s $33 billion proposal to remove the four Lower Snake River dams finally provides an appreciation for the value of the dams to the region, believes there are many more reasons to keep the dams.  In an editorial, the paper blasts Puget Sound area activists who have a “misguided idea that breaching the dams is a panacea that will increase wild salmon and save the Southern Resident Orca,” and that “the Snake River dams no longer serve a purpose, and that the power they produce can easily be replaced.”  The paper goes on to say that the reduction in the number of salmon returning has little to do with the dams, and that it is a regional problem caused by ocean conditions.  Even the National Oceanic and Atmospheric Administration has stated that removing the dams would not have much impact on the salmon population. The paper concludes its editorial by stating, “thanks to Simpson, we have a better idea of just how much it would cost if we lost the dams — and it is astounding. We hope this quiets those who think the dams could go away without a colossal impact.” (Tri-City Herald)

Recent observation find that over 90% of Yakima area residents continue to wear masks.  The Yakima Health District observed 32 public sites last weekend and found that 93% of 1339 people there were wearing masks. Prior to masks being mandated last summer, only 65% of those observed were wearing the face covering. (Yakima Herald) 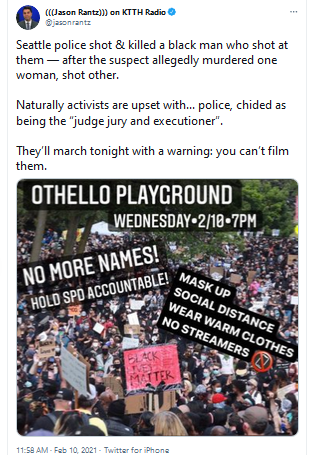 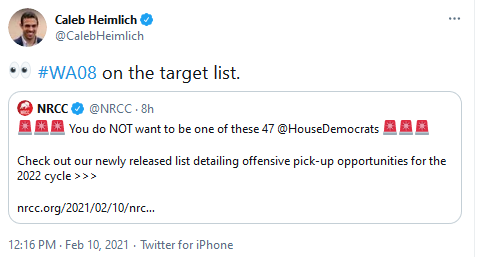