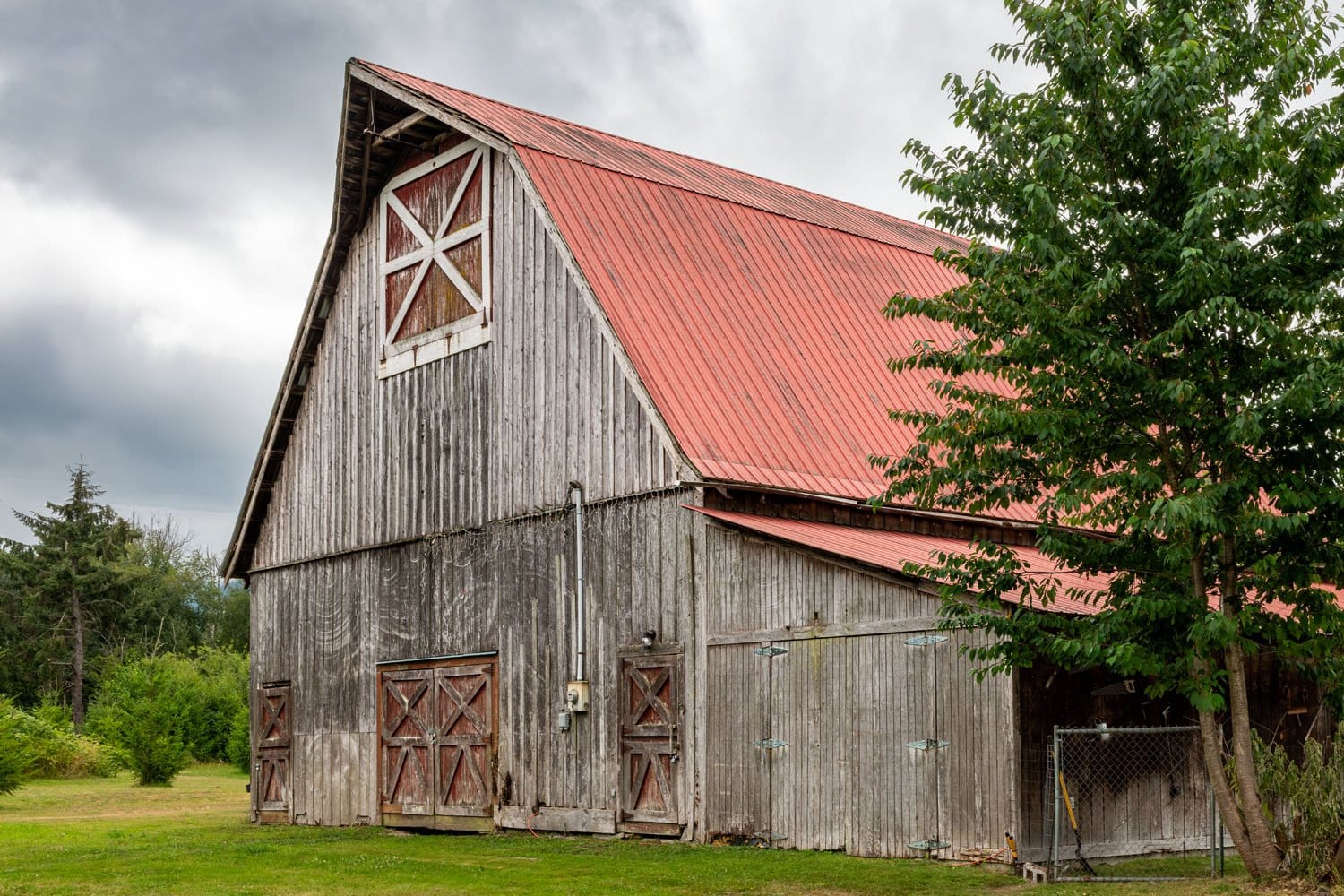 We are sure Shift readers are well aware that the deadline for sending in your primary ballot is tomorrow, but just in case the summer heat made you forget, we have another reminder for you!  Ballots must be postmarked by tomorrow or be delivered to one of the hundreds of ballot drop boxes around the state by 8:00 PM Tuesday. (Secretary of State ballot Drop Box locations)

Embattled Washington State Insurance Commissioner Mike Kreidler suffered another defeat as a superior court judge ruled he overstepped his statutory authority by imposing an “executive order,” which would have caused higher insurance rates for most Washington State residents.  The 78-year-old Democrat career politician attempted to use the pandemic as an excuse to remove credit ratings in the process insurance companies use to determine premiums. Commissioner Kreidler had sought this change long before the pandemic. But even Democrat legislators refused to support it since it would cause premiums to escalate for most Washington residents, especially seniors on a fixed income. So the commissioner took a page from the playbook of his fellow Democrat Governor Jay Inslee and used the COVID pandemic as an excuse to impose divisive policies. Unfortunately for Commissioner Kreidler, the state’s emergency powers law (which Governor Inslee has abused for 884 days) only applies to the governor and not to the insurance commissioner.

Both Republican and Democrat lawmakers have called for Commissioner Kreidler to resign after reports he had committed inappropriate actions, used racist slurs, and abused his staff. Resignation demands increased in mid-June after it became known that Commissioner Kreidler fired one of the staff members who brought the allegations to the media’s attention. While Democrat lawmakers have not stated what they would do if the commissioner does not resign, Republicans have said they would look into legislative remedies, including impeachment. (AP, Northwest News Network, KOMO News, and CenterSquare)

Governor Inslee announced last Friday that he would rescind 12 emergency orders related to health care workers. However, he would still maintain his emergency powers, which is now on day 884 and well over a year longer than nearly all other governors (and states) ended their emergency authority.  In allowing his emergency orders to continue, Governor Inslee is demonstrating that he believes the Democrats who control the legislature do not have the ability to perform their constitutional duties to deliberate and govern the state. The Democrats who control the legislature have enabled the governor’s divisive and power-grabbing actions and have chosen not to reform the state’s outdated emergency laws.  It would be interesting to ask the liberal incumbent legislators up for re-election why they believe the Democrat legislators cannot perform their constitutional duties. (MyNorthwest)

The Seattle Times ran the stories of six Western Washington residents facing tough times due to rising prices without mentioning the role Democrat policies played in increasing costs or how Republicans have proposed tax relief measures to help people like those portrayed.  In its Sunday featured front-page story (which ran for two full pages in the A section), the Times profiled a broad spectrum of working-class individuals making difficult choices due to the increasing cost of gas, groceries, and housing.  The article simply blames “the pandemic” for the rising prices without mentioning the actual causes for why everything costs more – the Democrats’ reckless and inflationary “relief” packages, constricting energy policies, housing regulations that reduce supply, and higher taxes.

Since the newspaper showed its obvious bias in not stating the negative impact liberal policies have had on household budgets, it is no surprise the Times failed to include the commonsense solutions Republican lawmakers have proposed to bring relief.  Republicans have proposed using the state’s surplus revenue to fund tax relief measures (on the state’s sales, gas, property, and/or B&O tax) to help Washington residents pay their bills. They have also proposed ending or reducing several liberal regulations severely limiting the state’s housing supply. Governor Jay Inslee and Democrat legislators have ignored these fixes.  (Seattle Times)

Jason Rantz pointed out the hypocrisy of one liberal Seattle protestor who claimed she was outraged that the City of Seattle was attempting to clean up a SoDo homeless encampment during last week’s heat wave.  We are not sure why high temperatures should cause the city to stop its removal of people living in the heat and unsanitary encampments with no running water, especially when the city offers taxpayer-funded rooms at former hotels. But that is precisely what many in the city’s homelessness industrial complex (i.e., those who profit personally from the “homeless crisis”) were demanding. One protestor confronted journalist Jonathan Choe (who has often pointed out the damage caused by homeless encampments) and asserted that the homeless could stay at her home.  After Choe tweeted the protestor’s offer along with her address, she immediately went on social media claiming she had been “doxxed” by Choe despite video evidence that she had made the offer. (770 KTTH)

University of Washington Computer Science Professor Stuart Reges is suing the school for being forced to include an “indigenous land acknowledgment” in his class syllabus.  Professor Reges said that the acknowledgment is a specific point of view and perspective of history and that it is a political viewpoint that does not belong in a class syllabus, which the professor contends is a contract of expectations between the student and professor.  He believes the acknowledgment is “hollow” and is liberal “virtue signaling.” Professor Reges says he is under investigation by the university and faces disciplinary actions since he has made it known that he has difficulties with the statement, which claims the school is on lands previously inhabited by native tribes. (Bellevue Reporter)

The Washington State Department of Transportation refuses to remove an unpermitted 1950 square foot “cooling tent” at a homeless encampment on its property near I-90 despite receiving notice from the city that it was an illegal structure.  The encampment, which goes by the misnomer “Cape Hope,” is a source of much partisan conflict within Spokane as Mayor Nadine Woodward’s administration has led efforts to find other locations for the residents. At the same time, liberal activists, liberal city councilmembers, and now the Inslee Administration appear to be doing all they can to keep the encampment in place (and allow the suffering to continue for those who desperately need help).

The city has offered encampment residents free (publicly funded) transportation to other cooling locations around the city. But the controversial group running the large cooling tent, Jewels Helping Hands, has refused the offer. The city states it will begin assessing a $536 a day fine if the tent is not removed today. (Spokesman-Review)

Shift’s Newsmaker Interview was with Janell Hulst, candidate for 23rd Legislative District (North Kitsap) House of Representatives Position 1 seat.  Hulst is running against first-term Democrat Representative Tarra Simmons, one of the leading advocates for the Democrats’ 2021 anti-police package and co-sponsor this year of the controversial legislation to reduce the penalty on those convicted in drive-by shootings.  In reviewing Representative Simmons’ Public Disclosure Commission reports, she is strongly funded by state government employee unions and out-of-district Seattle liberals.

Hulst is a determined small business owner who says she is running to steer Washington’s “ship back on course.”  In her interview, Hulst asserts her support for fixing the Democrat’s failed police pursuit law, providing gas tax relief, and reducing regulations and fees to encourage affordable housing.  She advocates for the parents’ right position when it comes to the controversial Comprehensive Sexuality Education policy the Democrats imposed on our young school children and believes Governor Jay Inslee has “grossly trampled” our state’s constitution through his on-going abuse of his emergency powers. (Click to read full Newsmaker Interview)