This week’s Newsmaker Interview is with Tiffany Smiley, an effective advocate for U.S. military veterans who just announced her candidacy for the U.S. Senate to replace the ineffective 30-year political insider Patty Murray.  Smiley gave up her career as a triage nurse to fight for veterans, after her husband Scotty permanently lost his sight due to a suicide bomber in Iraq.  Her work brought her national attention and even a meeting with the President in the Oval Office.  Smiley announced her candidacy with the endorsements of Representative Cathy McMorris Rodgers (R – Spokane) and former Congressman Doc Hastings.  In her Shift interview, Smiley discusses her background, her campaign, and her policy views.  Smiley has taken a strong stand against political violence and stated that Patty Murray’s silence on Representative Maxine Water’s recent reckless comments “has been deafening.” (Read the full Newsmaker Interview)

Local reporters continue to act as press agents for state Democrats,  failing to even ask basic questions about their legislative priorities.  Here at Shift, we candidly proclaim that we provide a moderate/conservative perspective on news events, but unfortunately local liberal media members do not feel they need to be as honest with their audiences, as it seems at times they simply rewrite Democrat press releases and call them news stories.

The latest example is today’s Crosscut story on how hard Democrats are working to increase taxes in Olympia.  The article quotes the House Democrats’ chief tax architect, Representative Noel Frame, saying, “We are going to take another gigantic step towards justice for the working people of Washington state, by finally asking the wealthiest among us to pay their fair share.” Stirring words indeed, but what do they mean?

Did Crosscut ask Representative Frame to explain a few things, such as, 1) Who are “the wealthiest” – are they people making more than $250,000 a year? $100,000? $50,000?; 2) What exactly is the “fair share” to be paid?; 3) If “justice for the working people” is a top concern, why are Democrats also seeking to impose a 10-cent-per-gallon gas tax, and pass a Low Carbon Fuel Standard that could inflate gas prices an additional 63 cents per gallon?  This will hurt the working poor the most, as the misguided policies would increase not only fuel costs, but also the cost of food and other necessities;  4) Is the Democrats’ concern for “working people” really just a new thing, since Democrat governors have signed every state budget for 35 consecutive years (including the last eight budgets by current Governor Jay Inslee), all of which apparently did not demonstrate concern for working people?; 5) If the Democrats are so concerned about “working people”, why has it taken 13 years for them to fund the Working Families Tax Credit (which they so proudly created without money in 2008), or join Republican efforts to fund the program without raising other people’s taxes?

The article briefly mentions that the Democrats mischaracterize their capital gains tax as an “excise” tax, while the Republicans label it accurately as a state “income” tax.  Of course, an income tax has been found unconstitutional in Washington State.  Why didn’t the reporter ask Representative Frame why the Democrats’ stance goes against the “income” and “excise” tax definitions set by 49 other states, the Internal Revenue Service, and the Congressional Budget Office?  Also, the article failed to report a major controversial aspect (even among many Democrats) of the House tax bill, which was the inclusion of a phony “emergency clause” which prohibits the citizens’ ability to repeal the tax by referendum.  But to ask such questions would go against local media standards and actually provide readers with more than just the tired liberal perspective. (Crosscut)

Approximately 50 Washington State hotels are risking foreclosure unless the Democrat-controlled legislature provides funds to save them.  While hotels are starting to see a slight increase (about 20%) in occupancy over their near empty condition for the past year, they need assistance to survive and keep their remaining workers employed.  Since Governor Inslee and the Democrat legislature stubbornly refused to call a special session last year to help those in the hospitality industry, many have already closed, while others have been forced to wait many months (while incurring more financial loses) waiting to see if the state will provide the needed financial aid. (Q13 News)

Democrats have approved a plan to allow partisan politicians to decide whether or not to use tear gas on the public.  Under a compromise between the Left and the Far Left among House and Senate Democrats, the decision to allow law enforcement to use tear gas must first be approved by the mayor, county executive, or the governor depending on the jurisdiction.  This is a questionable compromise, considering it has been political riots which have raised this issue to legislative action.  Since Democrat politicians have repeatedly proven that they only condemn political violence from those advocating causes they don’t agree with, while remaining silent about even more violent acts conducted by those on their side (with nearly every Republican official condemning ALL political violence), there is great likelihood that Democrats will approve tear gas against conservatives and forbid it against their fellow liberals. (Q13 News)

In typical liberal fashion, lame duck Seattle Mayor Jenny Durkan blamed guns, not the city’s many obvious failures, for the shooting that took place at a homeless encampment.  Just hours after an attack occurred at a West Seattle encampment, the mayor said the incident proved the city needed to do more to restrict guns, instead of restricting such illegal camps. What a weak attempt to shift the blame for the violence around encampments (and throughout the city).  Even with literally billions of dollars being spent on homelessness in Seattle, the problem continues to worsen.  The city allows encampments to remain, despite the crime and drug problems which accompany the deplorable sanitary conditions. The city fails to prosecute criminals and thus allows criminal behavior to become normal activity. The city council has slashed the Seattle Police Department budget, which caused a couple hundred well-trained officers to leave the city.  Yet to Mayor Durkan, the solution is to restrict guns, as if criminals who are willing to commit murder are concerned with possessing an unauthorized weapon.  (KOMO News)

King County could be among many Washington State counties (including Snohomish, Spokane, Benton, and Franklin) that are pushed back to Phase 2 in Jay Inslee’s random re-opening plan, due to being above data thresholds to remain in the more economically friendly Phase 3.  The state’s largest county already exceeds the maximum of 200 new COVID-19 cases per 100,000 residents (currently at a two-week average of 209) and is close to exceeding the limit of 5 hospitalizations for 100,000 residents (currently at 4.7 and rising).  Yet, no one really knows what Governor Inslee will decide about the county’s status, since he has a habit of changing his randomly set data points to meet his political needs,  and he has lots of campaign donors in King County. (KING5 News)

Spokane Mayor Nadine Woodward used her vaccination as an opportunity to encourage younger adults to receive their shots.  The mayor purposely chose to go to the Gonzaga University vaccine clinic to obtain her first shot because Spokane County is at risk of being pushed back to Phase 2, due to Jay Inslee not liking Eastern Washington very much and a significant increase of new COVID-19 cases among younger adults. Woodward stated, “It’s convenient, it’s on campus.” (KREM – TV)

With great fanfare, Bob Ferguson revealed the new logo for his non-stop campaign organization, in yet another email blast this morning.  Honestly, the new logo looks like something any teenager with a cheap graphics program could design. But it is something that could distract people from remembering that Ferguson, the state’s top law enforcement official, has yet to condemn the violence perpetrated against police officers and businesses by liberal activists last year.  Ferguson claims in the email that he is the “People’s Attorney for all Washingtonians.” Evidently, Ferguson believes police officers bashed in the head with baseball bats or those who liberals attempt to murder by locking them into a building while setting it on fire are not included in “all Washingtonians”.  Also, since Ferguson has not joined Attorney Generals from other states challenging the Biden Administration for language in the bailout bill that restricts states’ abilities to lower taxes  – after leading dozens of lawsuits against Trump Administration – it appears he is only the attorney for Washingtonians who favor liberal Democrat policies. (Ferguson Campaign email)

Former two-term state representative (and current flak for local uber-liberal pontificator Nick Hanauer) Jessyn Farrell is again running for Seattle Mayor, and in typical Seattle fashion, she is offering liberal special interest groups a bunch of free items to buy their votes.  In 2017, Farrell managed to get 12% of the vote when she ran for mayor.  To increase her vote total in this year’s campaign, Farrell is using taxpayer dollars to buy the votes she needs to win. “It seems in this campaign that former state representative Farrell will rarely miss an opportunity to commit more of your tax dollars to expanding government programs and making government more intrusive (except when it comes to public safety).” (Click to read full Shift article) 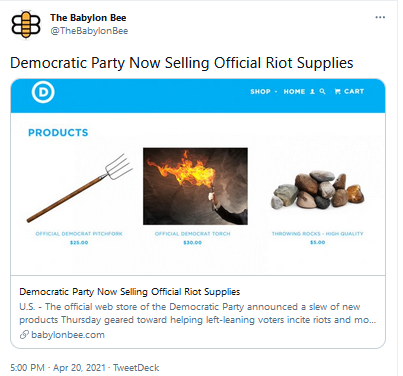 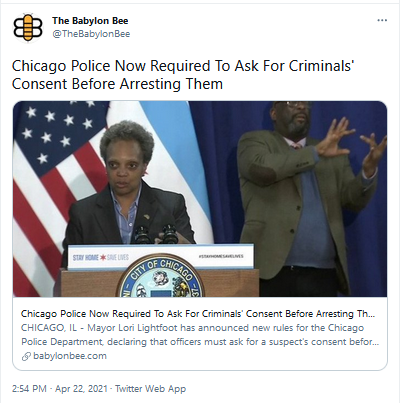