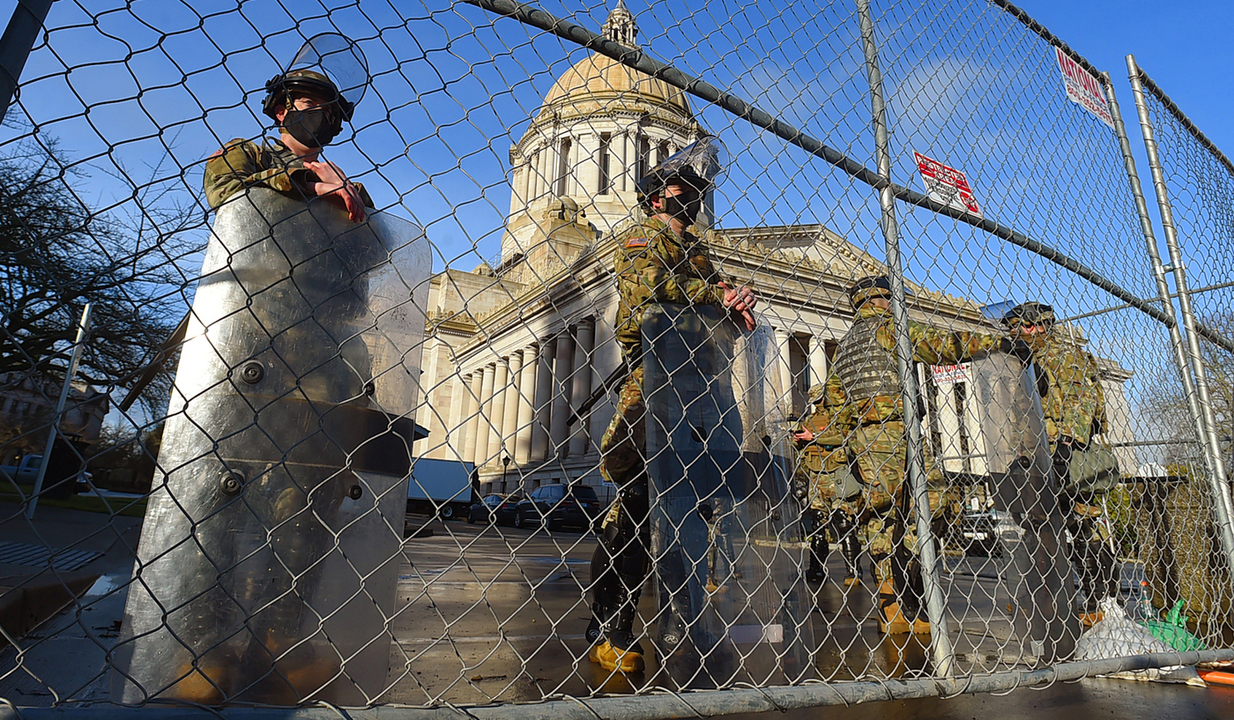 With the adjournment of the 2021 Legislative session last Sunday, Democrat legislators have finished raising taxes and making backroom deals, at least for now. That is unless Democrat Governor Jay Inslee calls the legislature back into special session for his party zealots to take another shot at your wallet.

Despite record state tax revenues, surpassing even what was projected pre-pandemic, the Democrats still managed to jam through on party-line votes  a cap-and-tax scheme (projected to add 26 cents to a gallon of gas), a low carbon fuel standard (another 29 cents to a gallon) and, the cherry on the tax sundae, an unconstitutional state income tax on capital gains (7% of your income earned from savings and investments which the Democrats want to tax some more). Thankfully, Democrat Senator Steve Hobbs failed to pass his 9.8-cent-per-gallon gas tax increase to pay for fish tunnels and other expensive bridges, otherwise Washington drivers would be looking at a 64.8 cent per gallon increase if they have the audacity to keep on driving despite Jay Inslee’s “you’re destroying the planet” warnings about doing so.

It’s still, however, a 55-cent increase per gallon, as large segments of the economy are struggling to emerge from the pandemic and Inslee’s job-killing random shutdowns. Small mercies.

The state income tax on capital gains is simply the camel’s nose under the proverbial state income tax tent which Democrats have sought for decades as these internal e-mails show. Inslee claims that the income tax won’t ever extend to lower income people and wants us all to believe him. Of course, after watching Inslee’s professional political career since Ronald Reagan was president, we know it normally only takes a few weeks before Inslee changes his mind, so expect a complete reversal from him when it becomes convenient to raise taxes again. You know that Inslee is incapable of telling the truth when it comes to raising taxes, so don’t be surprised when you find yourself paying 7% on all your income as soon as he can make that happen.

Inslee would consider imposing a state income tax on all Washingtonians a worthy legacy of his 40-year career on the public payroll, before riding off into his cushy, multiple-pension, taxpayer-subsidized sunset.

On what counts for law-and-order on the liberal front, Democrat Senator Manka Dhingra’s push to legalize hard drugs such as heroin and cocaine failed. Dhingra’s proposal was just a little too much even for most of her Democrat colleagues. Her “legalize it” bill, SB 5476, was re-written by her own party to include some meager penalties for possessing hard drugs. That changed it so much that Senator Dhingra voted against her own bill.

SB 5476 temporarily fixes the incomprehensibly bizarre decision by the Democrat-run Washington State Supreme Court to overturn state laws for drug possession. Accepting the “I didn’t know the drugs were in my pocket” defense in the so-called Blake decision, the Supremes concluded it was a violation of the defendant’s constitutional rights to arrest her for drugs that the police could not prove the defendant knew were in the pockets of the pants they were wearing.

Among other breaks that criminals were catching thanks to Democrat legislative control, far-Left Senator Patty Kuderer managed to get her way, finally, when the legislature passed HB 1078 to restore voting rights automatically to felons who haven’t finished their sentences. Sen. Kuderer must be very pleased with all the new voters the Democrats hope to have available to them next November.

Sen. Kuderer did fail, thankfully, in creating yet another duplicate government agency. Kuderer’s bill, SB 5188, would have created a new state bank with the sole purpose of lending taxpayer dollars to other government agencies, and charging them interest so the government can make more money.

In another grab for your wallet, your car, and your freedom, Democrat Representative Alex Ramel passed HB 1287 to ban new gasoline-powered car sales starting in 2030. Never mind less than 4% of cars on the road today are electric, Rep. Ramel thinks we’ll be ready for an electric future in less than 9 years. It’s a nice “hero” vote, which means nothing when the deadline actually arrives.

For those of you astute readers, you’ll notice that on one hand the Democrats are increasing gas taxes to pay for their “green” dreams, and on the other hand are trying to ban gas-powered cars. Something is wrong with this equation, and it doesn’t take more than an elementary math education to figure it out. Being honest about the financing of their grand plans is something the Democrats are obviously incapable of admitting at this time.

Dictator Jay Inslee managed to buy off enough Democrat legislators, and keep them happy enough with all the new taxes he proposed, that they blocked all Republican (and even bipartisan) efforts to oversee the governor’s emergency powers. This means One-Man-Band Inslee can continue locking us in our houses and shutting down business without any voter input. The only upside is that Jay might be nervous about calling for a special session, to raise more taxes, if he thinks the legislature might shut his emergency powers off. That’s bad news for Sen. Hobbs, who wants to pass a bigger transportation budget with his gas tax increase later this year.

The 2021 legislative session was something to behold and not in a good way. So, it was probably just as well that the Democrats shut the public out from observing the tax-raising, budget-busting process. The Democrats sponsored bills that created a massive expansion of government, unprecedented tax increases, erosion of citizen rights, and just plain crazy stuff. Thankfully, some of it didn’t pass. But for the bills that did pass, the day of reckoning will come in some future November.

Washington voters will have the opportunity to shift the debate in Olympia, once they get to vote on the crazies currently there.