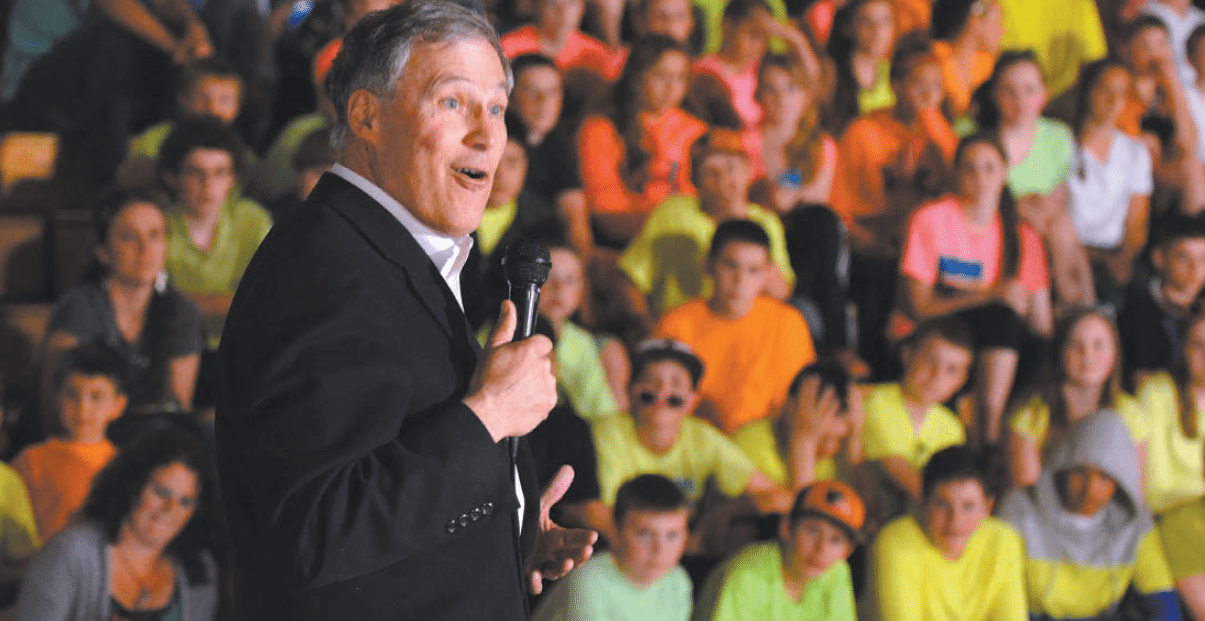 This Throw Back Thursday, SHIFT is taking a look back to seven different occasions when Inslee promised he will not raise taxes on hardworking Washington families.

While on the campaign trail:

“Inslee said in an interview… that he is focused on raising the state’s revenue by encouraging economic growth.

“That is the driving engine of revenue growth for state government,” Inslee said. “The foundational aspect of education funding for the state is getting 288,000 people back to work.

Inslee also believes the state can free up more cash for education by making government more efficient and curbing health care costs. He was open to examining the state’s tax deductions, but the Legislature earlier this year repealed a bank tax break that Inslee had cited as the one he wanted to remove.

He said he is proposing no new taxes.”

Moderator: “If elected governor, are you prepared to ask voters to support a new tax for schools?”

“Under my plan, it should not be necessary to address that issue because on my plan we’re not going to request additional taxes.”

“And I don’t believe that tax increases are the right, uh, route forward for our state.”

“Three reporters challenged Inslee on that plank of his candidacy for governor. Each time, he cited his campaign promise that the Legislature can raise money to meet a Washington Supreme Court mandate to increase school funding by creating enough new jobs to generate more state revenue — and without raising taxes. ‘I think economic growth is the best way forward,’ Inslee said.”

Matt Lorch: Do you rule out raising taxes?

Inslee: I don’t believe that we should do other than what I am suggesting, which is job creation and revenue growth and getting people back to work.

Robert Mak: Let me ask you, if the Governor [Gregoire] puts forward a tax proposal, and, if the Legislature in its wisdom decides that it wants to vote for it and pass it, are you telling the Legislature that you would veto a tax increase?

Inslee: What I’m saying is I hope to lead an effort to grow our economy so that that is not necessary.