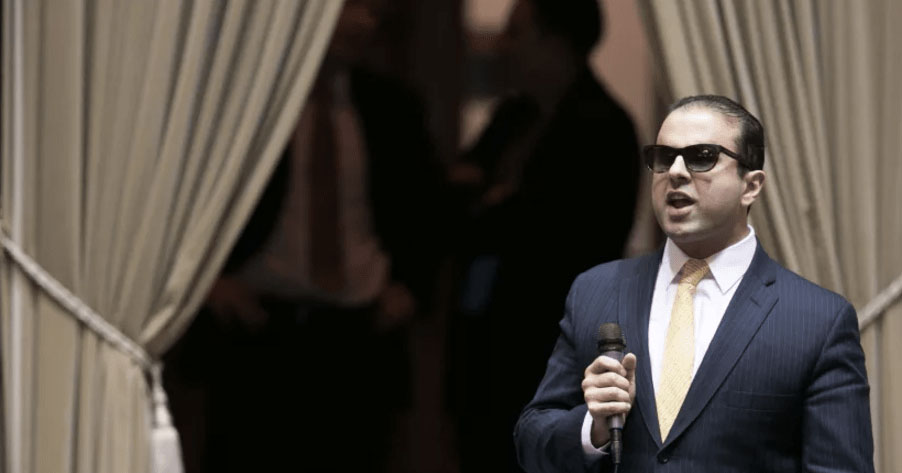 Jay Inslee is kicking his pursuit of the Democratic presidential nomination into high gear. Our green presidential hopeful continues to leave his gubernatorial duties behind as he increases his carbon footprint by traveling the country campaigning for the most powerful job in the world. Inslee’s presidential tour already includes key early voting states like Iowa and Nevada. He will add New Hampshire to the list later this month.

As Inslee burns holes in the ozone layer to tour the country accusing Republicans of climate change denial and marketing himself as the “green guy”, the important question of who is in charge at home – naturally – arises. The answer? Extreme partisan, Cyrus Habib.

Habib’s role as Lieutenant Governor includes assuming gubernatorial duties whenever Inslee leaves the state. Given Habib’s history of extreme partisan statements, that fact does not inspire confidence for the prospect of a smooth running 2019 legislative session.

Back in 2016, former Lieutenant Governor Brad Owen (a Democrat) wrote a scathing letter rebuking Habib for engaging in “Donald Trump” type tactics to get elected. That’s right – Owen resorted to the worst insult Democrats call one another to confront Habib for making “unsupportable commitments to gain endorsements.” Owen wrote,

“The first and most irresponsible and unconstitutional statement that you made is that you will not sign a budget bill that does not fulfill what you believe the direction given by the Supreme Court to the legislature in the McCleary decision… If you wish to veto legislation, perhaps you should run for Governor.”

Contrary to Owen’s recommendation, it doesn’t appear as though Habib needs to run for governor. Given Inslee’s willingness to abandon his duties in pursuit of the presidency, Habib will find himself in a position to enact the “irresponsible” tactics that would inject unnecessary chaos into this legislative session.

Habib’s history of extreme partisan behavior gives weight to the possibility of him inappropriately injecting his will into the legislative process. As Shift reported, Habib takes uncalled for jabs at Republicans frequently – especially those who challenge him on the issues. Upon assuming his job as Lieutenant Governor, Habib ignorantly dismissed the work Republicans have done for K-12 education by tweeting,

Habib receives a sizable pay hike when he assumes the role of acting governor. As Senate Minority Leader Mark Schoesler pointed out recently, Habib will have a 70% boost in pay for everyday he assumes Inslee’s duties . That – of course – means taxpayers will have the pleasure of footing the bill for Habib’s extreme partisan leadership (and Inslee doesn’t get a commensurate cut in pay, resulting in us footing the bill for two ineffective governors). Whether that reality extends to obstructionist behavior remains to be seen.

What is known? As Inslee abandons his elected duties to pursue his far-fetched presidential ambitions, you can expect a thankless trade-off: Inslee’s extreme incompetence for Habib’s extreme partisanship.