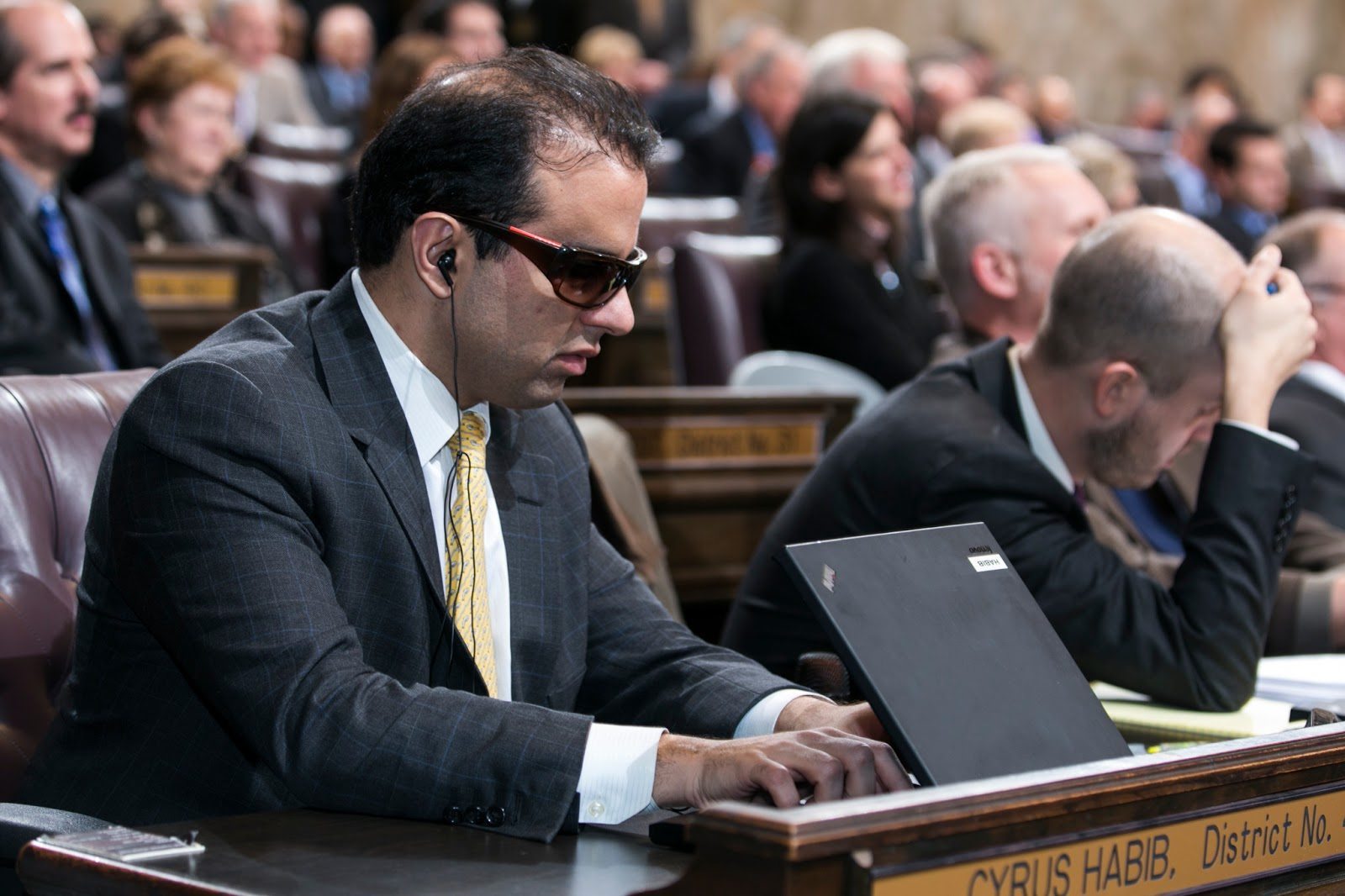 State Senator Cyrus Habib ran a campaign for Lieutenant Governor that suggested he would be a fair, non-partisan presiding officer for the Senate, saying he wanted to “lead the State Senate in a more collaborative direction.”

Unfortunately, as the outgoing Lt., Governor (of Habib’s own party) warned, Habib is little more than a partisan hack.

That is readily apparent from a social media exchange that Habib had yesterday with Bellevue Deputy Mayor Kevin Wallace, regarding Jay Inslee’s huge tax increase plans. Rather than take a bi-partisan approach, Habib attacks the Republican Senators that he will allegedly be presiding over come January:

“The challenge for us democrats is convincing our republican friends that fighting illiteracy is at least as important as fighting congestion.”

For Habib, nothing says “collaboration” like insulting your “republican friends”, of which he has zero.