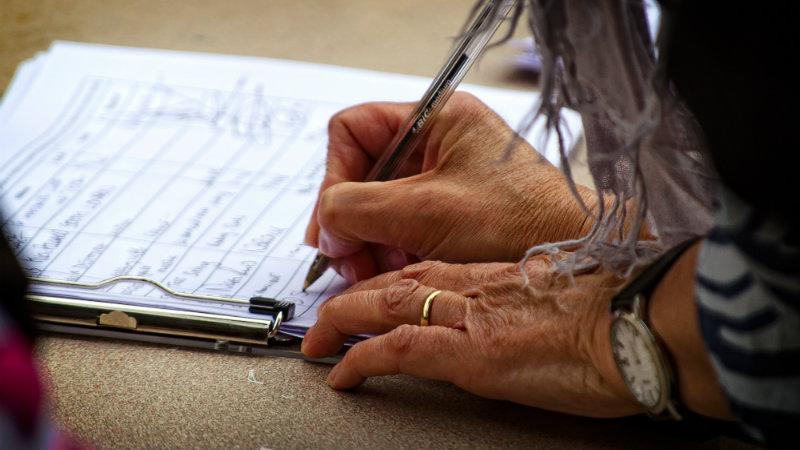 The following is a guest editorial from the organizers of I-1436, which will make the state’s controversial long-term care insurance plan voluntary. If 400,000 Washington State registered voters sign the petition before the end of the year, then lawmakers during the 2022 legislative session can 1) pass the initiative, 2) send it to the voters to decide, or 3) provide alternatives to the voters. I-1436 will require legislators to be on the record whether or not they support the state’s contentious long-term care plan.

Usually when the government launches a huge tax-and-spending program, there are winners and losers.  For instance, Social Security taxes everyone, but after you pay in until your mid-60’s, it’s a much better deal for those who reach age 90, than for those who die at 70.  Washington’s new long-term care program and its mandatory tax is different:  it rips off everybody.

thousands, of dollars a year for this new state payroll tax (almost $300 for every $50,000 you earn).  But you won’t collect a dime, because you have to work at least 10 years to qualify the program.  A rip-off.

Now, suppose you’re 22 and pay the tax for the next 45 years.  You might end up paying more into the program than you’ll draw out – because there’s a lifetime limit of $36,500 for care, which doesn’t come close to paying for six months in many assisted-living homes.  But more important, if you invested $300 a year in a basic investment program for 45 years, you would have more than $80,000 for your long-term health needs, not $36,500.  A complete rip-off.

And what about everyone in-between?  Say you work for 25 years, paying between $300 and $700 a year.  You finally retire and decide to head for sunnier weather in Arizona, Texas, or Florida.  You get no benefits.  Unlike Social Security, Medicare, Medicaid, or your pension or 401 (k), you can’t take it with you.  Keep in mind that nearly four in 10 people who move after retirement, leave for another state.  A huge rip-off.

And on and on.  Does anyone benefit?  Well, yes.  A militant labor union, the Services Employee International Union (SEIU), which “represents” home health care workers.  They designed the program to create a taxpayer-financed revenue stream for the union.  Olympia Democrats jammed it through because they don’t work for the citizens.  They work for the union. That’s why you can’t draw benefits if you leave the state.

So here’s an idea:  Let’s strike down this mandatory tax in its entirety and let YOU, not the GOVERNMENT, decide your future.  Here’s all you need to do:  Sign Initiative 1436 and make this mandatory government program purely voluntary.  Just log on to:  YesOn1436.com.  That’s: YesOn1436.com.  we’ll send you as many petitions as you want for free.  But time is running out!  400,000 signatures are needed before the end of December.  So please, sign it, get people around you to sign it, and please return within a day or two.  If you need more petitions, just order them.

The 2021 general election results were unsettling to the Democrats in Olympia.  Let them know that it’s just starting.  I-1436 is the perfect post-election message because when it qualifies the Democrats will have to either vote again for this unpopular tax, or reject it, which automatically puts it on next year’s mid-term ballot. Yeson1436.

For more information on Washington State’s Long Term Care Insurance program, read Shift’s Interview with Washington Policy Center’s Elizabeth Hovde, one of the region’s top experts on the problems with the legislation and its implementation.  Also, Shift’s Interview with Representative Joe Schmick (R – Colfax) presents a legislator’s perspective on why the Democrat’s tax is bad for Washington state workers and taxpayers.