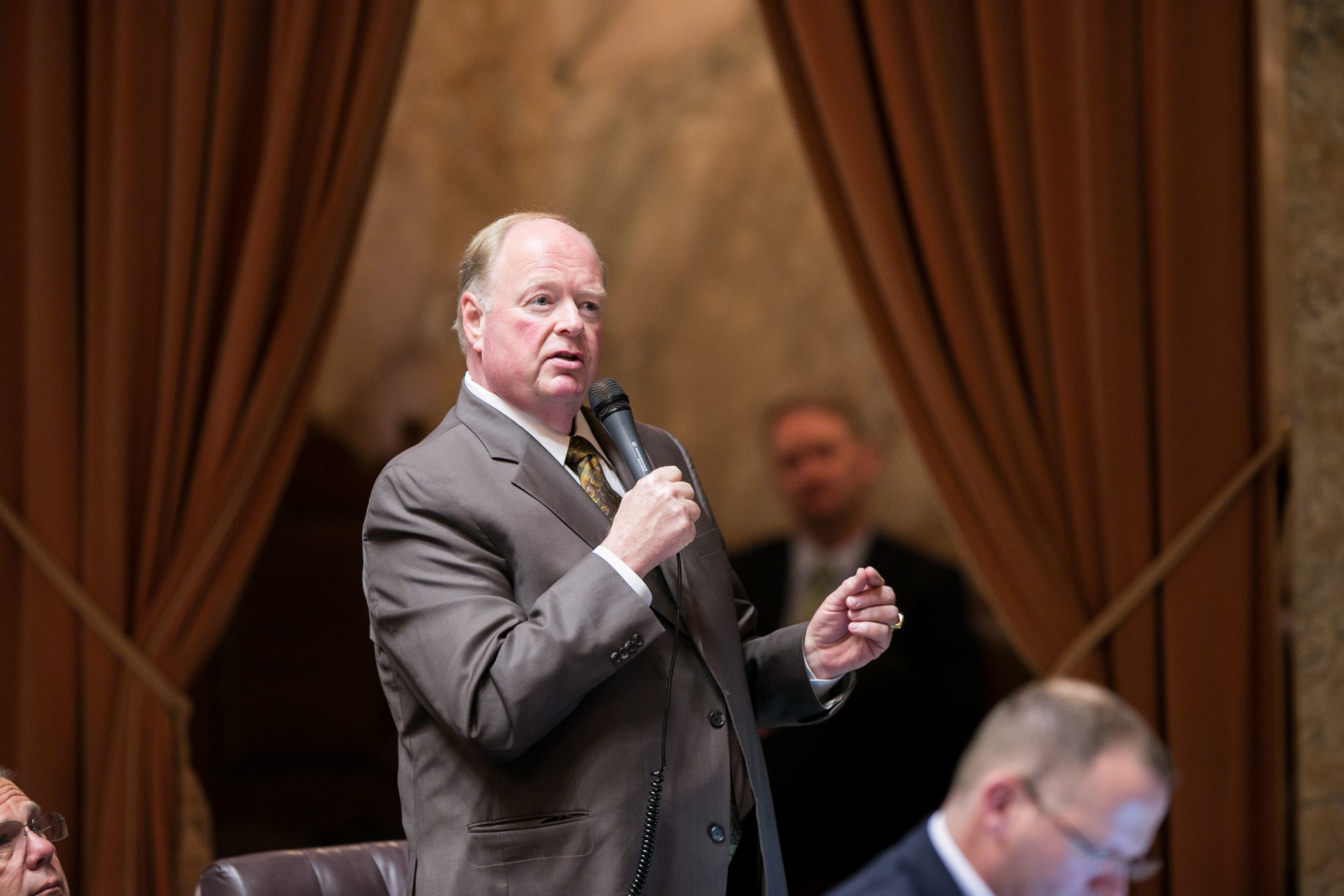 This week’s Newsmaker Interview is with Representative Joe Schmick (R – Colfax), an outspoken critic of the Democrats’ desire to create a state-run entitlement program with their poorly designed Long-Term Care payroll tax.  Representative Schmick is the GOP’s ranking member on the state House of Representatives’ Health Care and Wellness Committee.  In a Seattle Times op-ed published earlier this week, Schmick and fellow Representative Peter Abbarno (R – Centralia) describe the many flaws in the new payroll tax (which is scheduled to begin on January 1st) and why its implementation needs to be either delayed or scrapped all together.  In his interview, Representative Schmick provides his thoughts on what needs to be done to improve the program, so it fits the needs of Washington workers and he provides the selfish reasons why the Democrats refuse to delay the payroll tax in order to fix its many flaws.

In the recent Seattle Times op-ed you wrote with Representative Peter Abbarno (R Centralia) you stated that lawmakers should “hit the reset button” on the new Long-Term Care payroll tax. What type of alterations need to be made to the plan?

With the way COVID has affected any type of normalcy, the deadline snuck up on people.  When engagement did finally happen, many who wanted to purchase a policy were unable to as several carriers stopped selling due to the

volume of policies purchased by August 10.  If we want to encourage purchase of Long-Term Care insurance as a behavior, shouldn’t there be opportunities in the future to opt out of the state program?  The law allowed only for a one-time opt out, which the purchase before date is now behind us.  This eliminates choices for our citizens to be able to make the best decision for themselves.  Maybe a person needs both the state and private insurance, but that choice is gone with only one path forward now.

In your op-ed, you state that the “scheme is not built on solid foundation.” What did you mean with that statement?

The actuary report counted on the investment having a return of around 5%, but with the current restrictions for investment, that return is probably closer to 2%.  So, in order to make the program work, either the amount paid by employees will have to go up or benefits will have to decrease.

There can always be more communication when these types of programs are being created as well as the conversation asking people if they have planned appropriately for their retirement. While many people became aware in the past year, there will be a sizeable amount of the population that will not realize the tax is going into effect until their paycheck goes down starting January 1, 2022.  And, as the law is currently written, they will now have no opportunity to opt out of the state program.

There are also a large number of Washingtonians who will never have the opportunity to use the state plan.  People who move to Washington, including military spouses and others, will have to pay into the program while they work here, despite having no intention of retiring in Washington.  The same is true for those under 18 who were not allowed to apply for an exemption so they never had – and will never have, under current law – the ability to opt out.

Why do you believe Governor Inslee and the Democrats are unwilling to delay implementation of this new tax, despite the many obvious problems with the policy?

I think they want this to get started as soon as possible so that the program will be up and running.  It is also harder to get rid of an existing program after it is operational and collecting taxpayer dollars.

What type of fixes to the tax do you legitimately believe will take place during the legislative session?

My first choice is to stop and get rid of this tax.  I think people should be free to make the best decision for themselves – for their finances and for their health – with as many choices as possible.  This program puts us on a course with only one plan moving forward.   I do have a bill that addresses many of the issues with the legislation and that would give some needed flexibility along with other issues.

Besides the Long-Term Care payroll tax, what are your objectives for the 2022 Legislative Session?

We need to look at the increases in reimbursement rates that our care providers have been receiving through COVID.   A couple examples would be community residential services who take care of developmentally disabled clients in the community.  With the increase of the minimum wages in our state, keeping providers is a challenge.  Another example would be in skilled nursing facilities.  COVID restrictions and equipment still are required and the increase they have seen during COVID are needed for Medicaid clients.