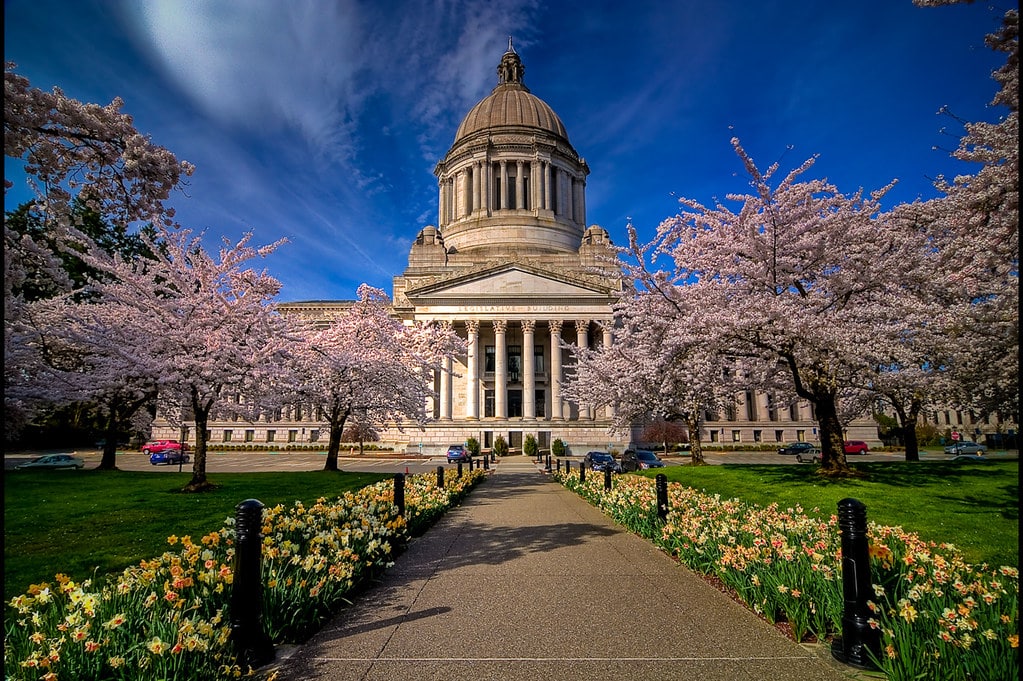 Even the liberal reporters at the Seattle Times admit that the biggest challenges facing the 2022 legislature are how to fix the problems the Democrats created with their previous bad legislation.  As the legislature begins its 60-day session, among the major issues will be how to fix the disastrous Long-Term Care payroll tax and the Democrats’ 2021 pro-criminal police reforms.

The Democrats have already stated that they plan to delay implementation of their unpopular Long-Term Care payroll tax until after the 2022 elections, to try and protect their very vulnerable Democrat legislators in swing districts.  Early proposed fixes by the Democrats seek to remove out-of-state workers and the family members of military service members from being forced to pay the tax.

Yet there does not appear to be a solution for others who will be forced to pay the poorly designed tax and yet be ineligible to receive benefits from the inappropriately named “WA Cares” program.  These include those who are within 10 years of retirement and those who will spend their retirement years in other states.  There has also not been a proposal on how the program can remain financially solvent without an immediate large tax increase. Republicans appear to be united in their desire to totally repeal the program (written only to benefit major Democrat campaign donors at the Service Employees International Union) which Republicans had warned was one of the most poorly created pieces of legislation that has recently been passed by the Democrats running the Washington State Legislature.

Competing for the distinction for terribly-written legislation are the bills contained in the Democrats’ 2021 “police-reform” package, which allowed numerous criminal suspects to remain free and has resulted in a dramatic increase in violent crime – especially in low-income neighborhoods.  Republican legislators have already proposed nearly 50 different pieces of legislation under their “Safe Washington” package which seeks to address many of the problems created by the Democrat’s bills (quickly passed to reward the political violence committed by liberal activists during the summer of 2020) and to correct the multitude of problems in Governor Inslee’s Department of Corrections.

Republicans in the legislature will also seek to repair another problem created by the Democrats – ending the (now 681 days) governor’s never-ending, undemocratic abuse of emergency powers. During the 2021 session, Democrat legislators refused to even hold a hearing on amending the state’s emergency powers act and only gave one hour of public testimony to citizens who expressed legitimate concerns about the governor’s emergency orders, despite well over 1,600 residents signing up to testify.

Evidently about a dozen vulnerable Democrat legislators have read enough emails from their frustrated constituents that they have stated they “might be” interested in reform.  Republicans have proposed HB 1772 seeking to limit the governor’s emergency powers for 60 days before legislative oversight resumes.  We will see if Democrats will back up their public statements and actually reform emergency powers, or if they will continue to just enable a partisan governor to abuse his authority.

The 2022 legislative session will again be a virtual one, as Democrats remain afraid to allow the public (and even the media) to watch their abuse of democracy in person. The Democrats once again are removing the public from the legislative process this year. While nearly all businesses (including packed Indian gaming casinos, sports arenas, and concert venues) have resumed normal crowded operations, apparently the Democrat leaders do not believe their members are capable of following simple vaccine/testing procedures.  Or possibly Democrats are afraid to hear the public’s opinion on the poorly crafted laws they continue to impose on Washington State residents.