We apologize that many of you received two Morning Briefings yesterday. We are blaming technical difficulties and not user error

While Seattle City Councilmember Kshama Sawant is spouting anti-Amazon rhetoric in front of the cameras, her campaign staff is busy scrolling through Amazon.com looking for their next purchase.  In reviewing Sawant’s Public Disclosure reports, the Sawant campaign made more purchases from Amazon than they did from any other retailer. (ShiftWA)

In the class-action lawsuit against Sound Transit the plaintiff’s attorneys have filed an injunction to have the agency stop using 1996 and 1999 vehicle depreciation schedules.  The motion asks that the agency only use the 2006 schedule when they determine motor vehicle fees. (Motion for Preliminary Injunction)

Jay Inslee begins his latest fundraising email with, “You know my motto: Early to bed, early to rise, work like hell and organize.” After spending just a couple of weeks in Olympia after ending his failed presidential campaign before jetting off to spend a week with his climate buddies in NYC, Governor Zero is now talking about working.  Washington taxpayers hope he is just as enthusiastic about his $183,000+ job (sixth highest paid governor in the country) As he says he is about his campaign. (Inslee campaign email and Ballotpedia)

By an 8 to 1 vote, the City of Tacoma has banned tents and other structures from city parks.  The ordinance, which goes into effect in December, makes it illegal to set up any unauthorized structure in Tacoma parks. (KING TV)

Smaller Washington communities are also dealing with the homeless crisis.  City leaders have found that the communities must work together.  Sultan councilmember said, “When one city cracks down on this issue, we’re essentially just squeezing the balloon, we’re pushing them up and down the valley, and so if we’re not tackling this with a unified approach, we’re not going to get anywhere.” (MyNorthwest)

On Tuesday Rep. Kim Schrier’s spokesperson claimed “Right now, we’re not focused on politics or the next election,” despite her campaign sending out five fundraising emails in the previous six days.  The Schrier campaign sent out another fundraising email Wednesday morning (to let everyone know she has an opponent).  One must wonder how many daily emails will Schrier’s campaign be sending once it does become “focused on politics.”  (Seattle Times and Schrier campaign emails)

The person in charge of finding a new shelter for the homeless in Spokane has resigned. The City of Spokane’s Community Housing and Human Services Director Kelly Keenan announced his resignation. Spokane is desperately trying to find a 24/7 shelter before colder weather arrives. (Inlander)

United Farm Workers Union is attempting to organize dairy workers in Washington state. The UFW is attempting to pressure major dairy consumers to not purchase Washington products. Members of the Pick Justice organization are informing workers in the Yakima Valley of some of the pitfalls in joining the union. (Washington AG Network) 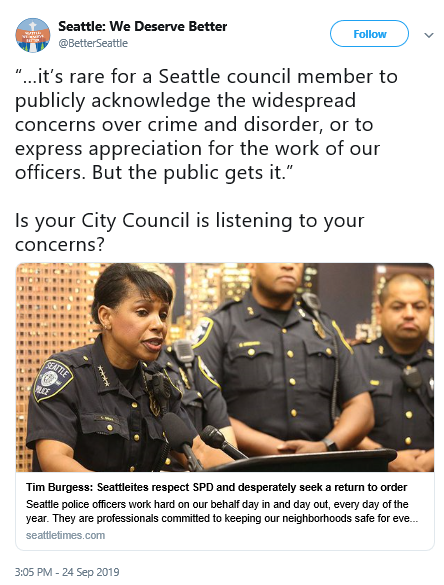 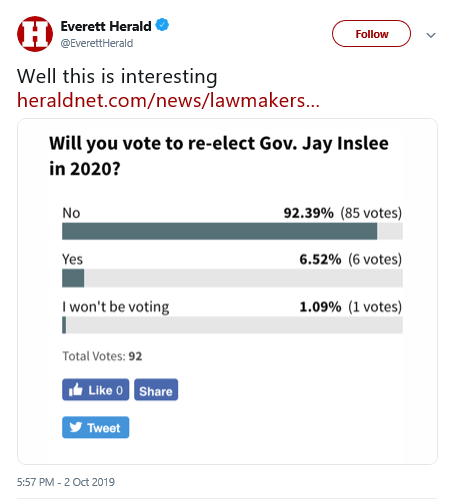 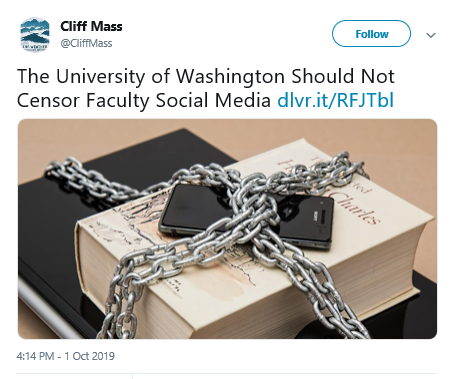