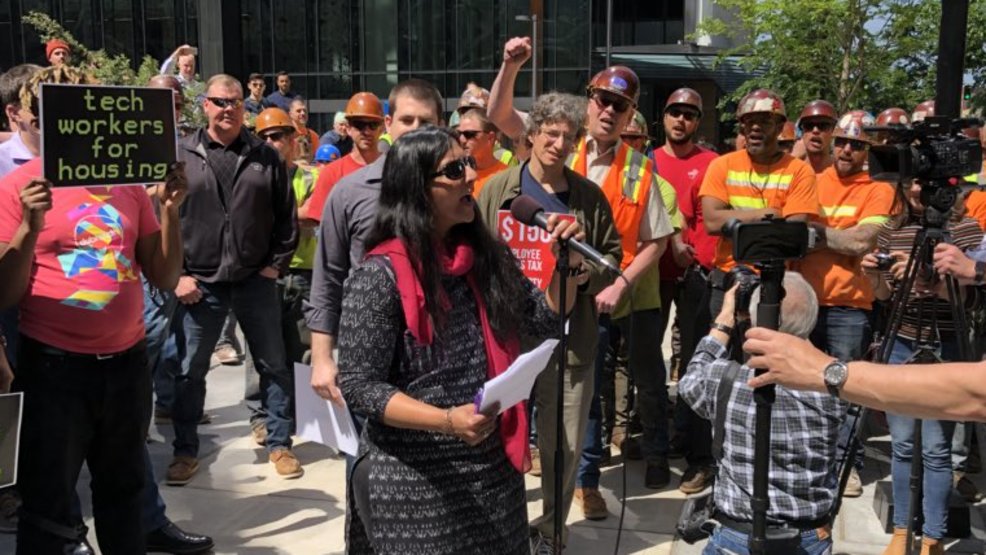 In May 2018, Seattle Councilmember Kshama Sawant marched on Amazon corporation headquarters and demanded that the company pay a head tax (that ultimately failed in the council).  In 2019, Sawant’s campaign webpage has numerous references to “Tax Amazon” and that Amazon Founder and CEO Jeff Bezos is a “bully.”  At last Thursday’s Town Hall debate, Sawant’s large group of paid staff booed and hissed when Amazon was announced as a civic sponsor of the council debates.  The Sawant campaign often likes to refer to her opponent as the “Amazon candidate.”

Sawant and her followers have a well-documented dislike for Amazon and have attempted to make the retailer the evil giant that only Sawant’s expensive socialist programs can slay.

Yet the “Vote Sawant 2019” Public Disclosure Commission (PDC) reports reveal that the campaign’s actions are far different than its rhetoric.  Thus far, the campaign lists ten separate purchases from Amazon.com totaling $1,437.98.   It appears that while the candidate is out front ranting for cameras about the evil retailer, her staff is in back scrolling Amazon for their next purchase.

The hypocrisy does not stop there.  The anti-corporate councilmembers’ campaign has also made purchases from other Seattle corporate entities.  Even though the purchases are fewer and less expensive, the PDC reports also show campaign expenditures to Microsoft, Starbucks, and Costco. Apparently not even her own campaign staff believes the anti-corporate venom Sawant spews.