Us after considering life under Insleecare

Jay Inslee is rushing to pad his less than impressive resume with far-left selling points prior to officially announcing his bid for the Democratic presidential nomination. That’s why he announced legislation that would create a “public option” health care plan within the state’s existing health insurance exchange. “Insleecare” is taking our state down the path of socialized medicine – with one, and only one, approved Inslee approved government plan. (Shift WA)

Former State Senator and Sandanista Lisa Brown somehow managed to pivot her failed congressional run into a cabinet position in Gov. Inslee’s administration. Brown will replace Brian Bonlender as the next head of the Department of Commerce. “I just love the mission of the agency; it’s strengthening the community and the economy in Washington state,” said Brown. She probably loves how this will pad her pension too. (Seattle Times)

Former State Representative turned lobbyist David Sawyer (D-Tacoma), was fined $1,000 by the Legislative Ethics Board after he required staff to discuss personal details related to harassment allegations against him. Sawyer was defeated in his re-election bid after it came out that he had sent a House employee numerous inappropriate and offensive text messages. (KIRO 7)

“Why people should care about that is we are talking about the state’s history,” said Secretary of State Kim Wyman. She is hoping to convince the lawmakers to fund a new building for the State Archives and State Library. Yesterday Wyman toured a group of reporters around the storage areas, pointing out areas where flooding and other destructive events had occurred. (The News Tribune)

State Rep. Joel Kretz (R-Wauconda)  proposed a bill that would create a wolf sanctuary on Bainbridge Island. Why Bainbridge? Well, one liberal lawmaker from that area has been working to ban the lethal removal of gray wolves. “So, in the spirit of the ‘One Washington’ they [Democrats] like to espouse, let’s go ahead and relocate some of our wolves to the cozy confines of Bainbridge Island,” Kretz said. “I’m sure the gray wolves will seek to placidly coexist with the dogs, cats, horses, sheep, people and other peaceful animals on the island.” (House Republicans)

Seattle City Councilmember Kshama Sawant and Mayor Jenny Durkan are butting heads over who should lead the new Human Services Department. Sawant has held up Durkan’s nomination, Jason Johnson, in the Human Services Committee, which she chairs. Johnson has undergone an “exhaustive” vetting process by doing his job over the past several months, Durkan spokesman Mark Prentice said. “It’s time for Councilmember Sawant … to do hers,” he said. (Seattle Times)

“This law will do nothing to stop crime or do anything to make our communities safer,” said Klickitat County Sheriff Bob Songer. “But what it will do is make criminals out of our honest citizens.” The sheriff made headlines after he announced he would not be enforcing the state’s new gun regulations. Voters passed Initiative 1639 statewide last November. (Yakima Herald)

The Walla Walla Republican Central Committee narrowed down the candidates hoping to fill the vacant county commissioner seat to three finalists. Notably missing from the final three was state Senator Maureen Walsh (R-College Place). In her pitch to the committee Walsh said, “I have extremely mixed emotions about doing this, but I do feel I could be a tremendous asset to our county commission…” (Union-Bulletin) 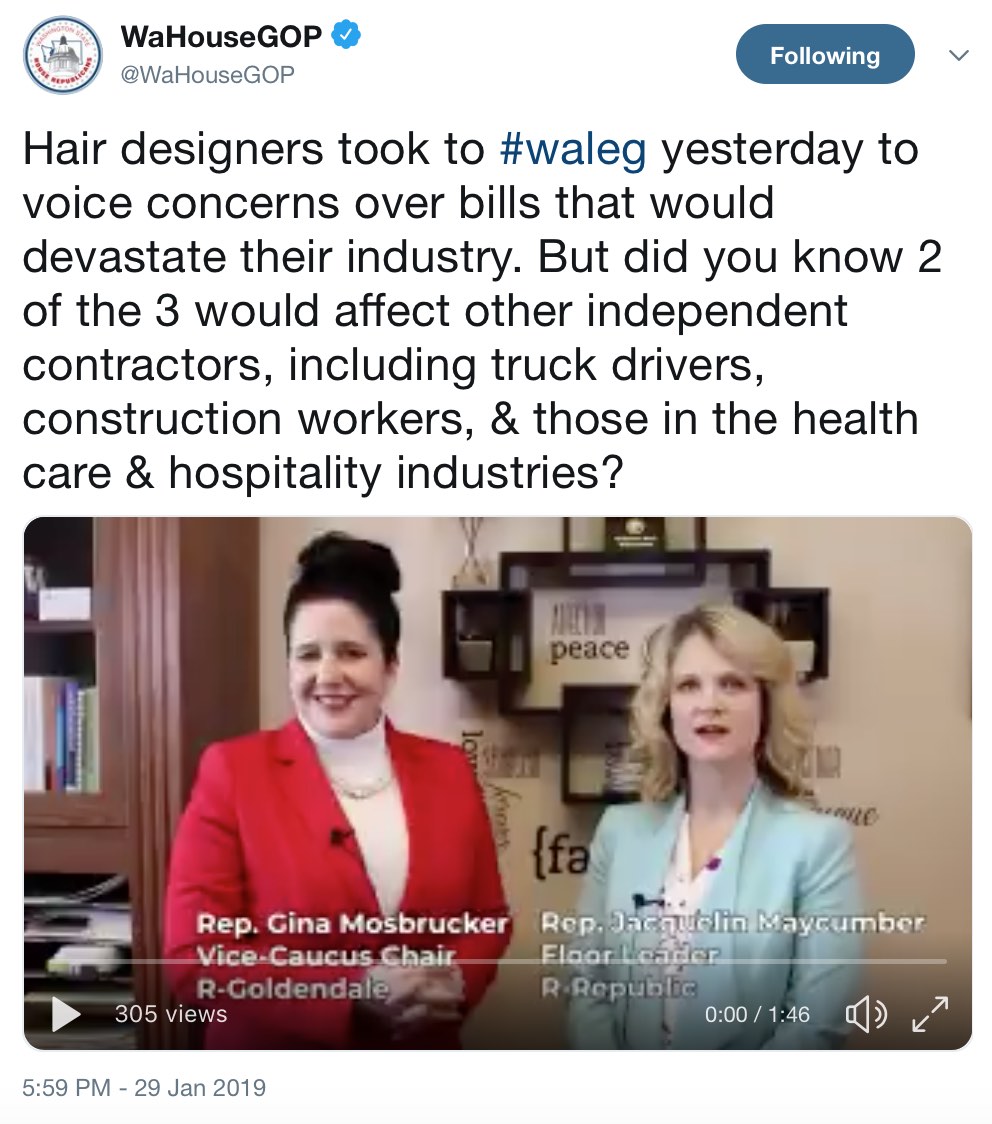