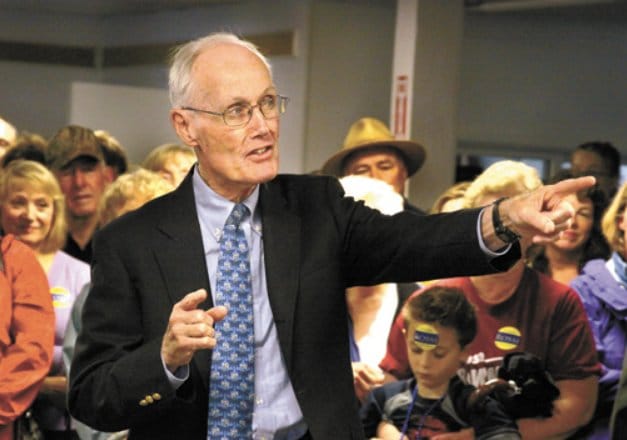 Shift will not be posting its regular Daily Briefing today because members of the staff will be attending the services honoring the life and accomplishments of former U.S. Senator Slade Gorton.  The three-term Washington State Attorney General and three-term U.S. Senator passed away during the height of the COVID lockdowns on August 19, 2020, at the age of 92.

The Legacy of Slade Gorton The Legacy of Slade Gorton. In honoring Slade Gorton and his multitude of accomplishments, we have asked a former staffer of Gorton’s to provide a few of his personal memories of the three-term U.S. Senator and describe what he believes should be the legacy of the man who was a major political figure in Washington State and our country for a half of a century. The guest column tells three brief stories which reveal a few of the many positive personally traits which made Gorton a distinguished public servant and endeared him to those who knew him best. While much has been written about Gorton’s achievements, this article reveals more about the man who was often very shy in public settings. (Click to read the full Guest Commentary)