Since the Inslee Administration has dramatically failed to meet its goals to improve forest health, it is necessary for Governor Zero to ignore actual science and blame the wildfires plaguing our state on climate change!

Governor Jay Inslee has clearly failed to meet his previously stated goals to improve Washington State’s forest health, leaving him the only option of ignoring scientific evidence and instead blaming recent forest fires on climate change.  Progress to improve the state’s forest health has gone so badly under Governor Inslee that it has been removed from the Results Washington webpage (a common technique employed by the Inslee team over the years, when it becomes obvious the state is failing to meet its stated environmental goals).  By declaring the politically convenient cause (climate change) for the recent fires, Inslee is ignoring the government’s own scientific data which indicates more thinning of trees and cleaning of brush on forest lands would be the best ways to protect forests from fire destruction. (Washington Policy Center and Results Washington)

The court hearing on the recall petition against Seattle City Councilmember Kshama Sawant has been scheduled for Wednesday, September 16th at 10:00 AM.  Former U.S. Attorney and current King County Bar Association President John McKay will represent the Recall Sawant campaign and present the charges against Sawant.  The recall campaign also announced that 86% of its contributions (all under $25) come from individuals residing within Seattle city limits, in contrast to Sawant’s 2019 re-election campaign  when she received 45% of her donations from non-Seattle residents.  Meanwhile, the Sawant campaign has planned a “Solidarity Rally” prior to the court hearing and is labeling the effort against her as a “Right-wing recall.”  (Recall Sawant Media Advisory, Recall Sawant Summary of Charges, and Team Sawant email)

The City of Seattle’s Department of Transportation is currently leaning towards proposing temporary repairs of the crumbling West Seattle Bridge as the best alternative to meet the community’s short-term transportation needs.  This option will keep the span closed until 2022, while cracked concrete girders are stabilized to provide the bridge an additional 15 years before it needs to be replaced.  Currently, it is estimated that it will take at least six years for a replacement bridge or tunnel can be completed. (Seattle Times)

Amazon announced that it will be bringing on 33,000 more corporate and tech workers, as it attempts to meet the growing demand for its retail delivery services.  This is the most one-time job openings the company has offered, and is not related to its annual holiday hiring increases.  These jobs will be available across the country.  (AP News)

The Tacoma and Clover Park school districts experienced serious technical problems that prevented teachers from virtually meeting with their students on the first day of school.  Both districts had problems with the Microsoft Teams program and expect to have the issues resolved by today. (News Tribune)

The Seattle City Council voted 8-1 to bow down to the corporate interests pushing to implement a citywide scooter rental program which will allow three companies to each litter 500 scooters across the city.  The scooters will be allowed on roadways, bike paths, shoulders, and alleys, but are prohibited from moving on sidewalks. Of course, that rule will be little followed or enforced. (MyNorthwest)

An independent Everett commission has released its proposed council boundaries, since the city is moving to having five (of its seven) councilmembers represent geographic districts, with two remaining as citywide positions.  Voters approved this voting change in 2018, and, starting on Thursday, the commission will hear public testimony (through online meetings) on the districts’ boundaries. (Everett Herald)

Spokane County Sheriff Ozzie Knezovich equated the violence seen from current Left-wing protestors to past violence from Right-wing extremists.  The sheriff made the comments during a news conference where he defended the arrest of a liberal activist on outstanding warrants. This is an activist who also proclaimed on social media that he wanted to  “take these pigs heads off with a hand saw” as well as other threats against law enforcement. And, again, complete silence from Governor Jay Inslee, Attorney General Bob Ferguson, and Washington State Democrat Chair Tina Podlodowski over the increasing violence by Left-wing “protestors” against law enforcement. (Spokesman Review)

An estimated 80% of the small towns of Malden (population 209) and Pine City (population under 100) were destroyed by wildfires on Tuesday.  Fortunately, nobody was seriously hurt as the Whitman County communities had been evacuated. (KREM-TV)

With wildfires burning across the region, the Washington State Department of Natural Resources (DNR) has closed all its recreational areas East of the Cascade Mountains.  The department also banned fires on all its lands across the state.  DNR made these rulings based on the hot, dry weather conditions and “hurricane strength winds.” (Yakima Herald)

The staff at the Washington State Democrat Party obviously needs to spend more time learning basic facts about our state and its government before sending out more embarrassing emails.  After repeatedly sending out an email that claimed “Cheval” was a Washington State county, the Democrats have now distributed an email that erroneously claims a Republican Washington legislature could “destroy the Affordable Care Act” and “expand the Trump tax cuts.”  Since both items are clearly federal issues, they both fall under the jurisdiction of Congress and not the Washington State Legislature.  Since the separation of powers between federal and state governments was not featured in the Schoolhouse Rocks series, we might forgive the Democrats for their confusion. Yet, since they are the party that believes a bigger and more expensive government can solve all our country’s problems, the Democrats should probably spend more time learning how government operates. (Washington State Democrat Party fundraising email and Schoolhouse Rocks)

The Washington Education Association is so extreme, and so powerful, it has spent $275,000 attacking an incumbent Democrat senator, and forced Governor Jay Inslee to support his opponent.  In the 5th Legislative District (Issaquah and Sammamish Plateau), the powerful Washington Education Association (WEA) is spending a huge amount of cash attempting to take out Democrat Senator Mark Mullet and install his even more liberal opponent.  Why would the WEA take out a Democrat state senator?  Because Mullet refuses to march in lockstep with the WEA’s demands and supports options in education, and opposes a state income tax. (Shift) 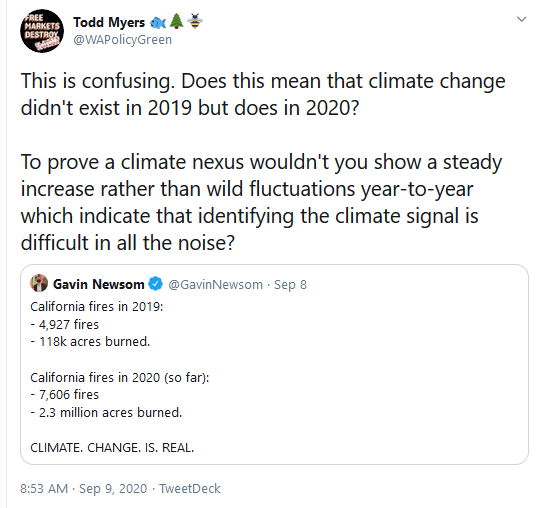 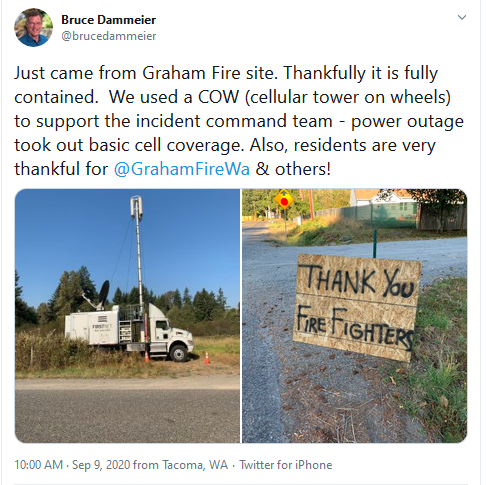