Legislative Democrats are acting like Communist dictators by altering election rules for their personal benefit.

Copying tactics previously used by banana republic tyrants and communist dictators, Washington Democrats seek to alter election rules to eliminate opposition opinion.  Because many liberal voters cannot be bothered to return ballots (postage free) in odd-numbered years, Democrat legislators are moving forward to only allow initiatives from the people in even-numbered years.  From this picture of testimony before the House State Government and Tribal Relations Committee on Wednesday, Democrats are not hiding the real reason why they want to impose this restriction on Washington voters.  Democrats want to change election rules so that elections favor liberal objectives.  (Washington Policy Center and picture of committee testimony slide)

Senate Republican Leader Mark Schoesler says bill to restore voting rights to felons before they have completed community service, or paid restitutions, ignores victims and the courts.  Democrats have proposed legislation to return felons’ voting rights as soon as they are released from prison, but before they have fulfilled other aspects of their sentence. (Republican Senate Caucus)

Senator Patty Kuderer (D-Bellevue) issued a self-serving apology for her recent ethnic slur which offended many Chinese Americans.  Instead of apologizing for perpetuating ethnic stereotypes, Kuderer stated she is using the experience as a “teachable moment.” (Twitter video of Kuderer’s comments)

The Democrats response to the Republicans’ proposal to legislatively impose $30 car tabs is to make Sound Transit use a different vehicle depreciation schedule.  Senator Marco Liias (D-Edmonds) made this proposal which might save taxpayers a few dollars each year.  Not mentioned by Liias is that this depreciation schedule could be forced on Sound Transit as the result of the pending lawsuit before the State Supreme Court (Cornfield Report and Washington Policy Center)

Representative Tom Dent (R-Moses Lake) has proposed legislation to allow state firefighting resources to be used earlier in combatting wildfires.  Currently state resources are not brought in until the fire is too large to be handled by local agencies.  Dent believes that allowing the state to assist earlier could reduce the impact of the fire. (iFIBER One)

Amazon’s nemesis, Seattle City Councilmember Kshama Sawant, admits she has an Amazon Prime account.  Asked to explain this latest hypocrisy, Sawant gave the baffling response, “I do have an Amazon Prime account, but I don’t shop once a week.”  Shift revealed last October that Sawant’s campaign made 10 separate purchases from Amazon. (We should note that Sawant’s campaign stopped making Amazon purchases after we publicized this embarrassing fact.) (MyNorthwest and Shift)

The Washington Department of Fish and Wildlife will allow Cooke Aquaculture Pacific to farm steelhead in Puget Sound.  The controversial decision was immediately criticized by Native American Tribes and some environmental groups who are concerned that viruses and diseases could impact wild fish.  Cooke was recently fined $332,000 by WDFW for a 2017 incident when hundreds of thousands of Atlantic salmon were accidentally released from a pen into Puget Sound waters. (Seattle Times)

The Snohomish County Council voted 3-2 to support the harvest of 170 acres of timber near Gold Bar.  Revenue from the harvest will go towards funding local schools, roads, and libraries in the small towns in east Snohomish County.  There were the predictable protests from environmental groups and those worried the harvesting will ruin their views. (Everett Herald)

Construction of the Sound Transit light rail link to Federal Way will now begin, due to the approval of a $790 million grant from the Federal Government. Total cost of the extension is $3.1 billion.  Construction is scheduled to be complete by 2024. (News Tribune)

The engineer of the passenger train that derailed near DuPont in 2017, is suing Amtrak for failing to train him properly for the new rail line.  His attorney stated, “He’s as much of a victim as everybody else.” (News Tribune)

City of Spokane voters overwhelmingly (75%) supported making government union negotiations public, yet this has yet to occur.  Union officials, who benefit from keeping negotiations closed to the public, are waiting on a pending court ruling on a similar measure in Lincoln County before agreeing to negotiation rules in Spokane. (Spokesman Review)

“Tumblegeddon” is now impacting irrigation canals in southeastern Washington.  The overabundance of tumbleweeds, which first impacted many roadways, has now clogged up irrigation canals as well.  Local agencies say they will wait until March to clear them out. (YakTriNews) 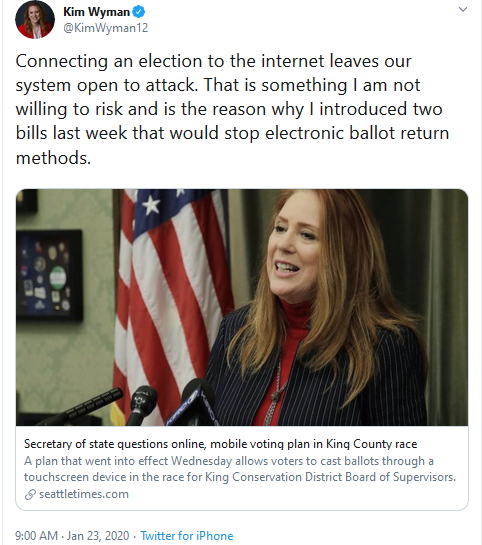 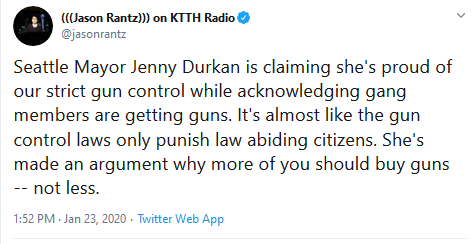