Distance learning is costing Washington State families money and they should receive assistance from the state.

Washington State should provide each student’s family $3,000 to offset the costs of educating them at home during the pandemic.  Liv Finne from the Washington Policy Center is this week’s Newsmaker Interview, and she explains why the state should return money back to students’ families: “Parents and families are now supervising the online education of their children. Since March families have been buying technology, internet service, textbooks, curriculum, and other learning materials for their children. Essential workers who cannot stay home to supervise their children have been forced to pay for childcare.” (Shift’s Newsmaker Interview)

A report from the Washington Policy Center suggests initiative sponsors should learn from Democrat lawmakers: Write vague ballot titles to avoid the same fate as I-976 (the 2019 car tab initiative), which the Washington State Supreme Court just found unconstitutional thanks to having a misleading ballot title and violating the single subject rule for initiatives.  During the 2020 legislative session, there were bills titled “Relating to education” and “Relating to revenue.” If these bill titles are sufficient for lawmakers to use, then they should also work for citizens making laws through the initiative process.  The WPC report also revealed how non-responsive Governor Jay Inslee and current Democrat legislators are to the demands of the state’s voters compared to their predecessors from 20 year ago. In 2000, after a court ruling invalidated the passage of a car tab reduction, Governor Locke and the Democrats in the legislature passed bills that reflected the will of the people as expressed by the initiative. Yet today’s Democrat elected officials (i.e. Superintendent of Public Instruction Chris Reykdal) post tweets saying the legislature should punish counties for favoring reduced car tabs, while other Democrat lawmakers respond by saying we should raise more taxes. (Washington Policy Center and Chris Reykdal’s tweet)

Data is revealing that the reduction in unemployment is grinding to a halt in Washington State, after a summer of many people returning to work. Unemployment figures reveal that far too many people (7.4%) are still unemployed, and a significant number of former workers (56,000 statewide) are not included in that figure because they have stopped looking for employment. (Puget Sound Indexer)

A company which provides credit ratings to state governments claims that states which are dependent on income tax revenues are more likely to be negatively impacted during an economic downturn than states (like Washington) which do not have an income tax.  In S&P Global’s recent report on Washington State, the company writes that our “Sales tax-based revenue structure (is one) that has demonstrated less sensitivity to economic cycles compared with income tax-reliant states.” Yet, this is not good news to Washington State Democrat lawmakers who continue to push for a state income tax even though it’s a less reliable revenue stream.  S&P Global does warns that, if Governor Inslee and the Democrat legislature continue to delay repairing the state’s budget, their it could negatively impact the state’s credit rating. “We could lower the rating if lawmakers delayed taking corrective action in addressing revenue shortfalls or relied extensively on one-time solutions to remediate budget gaps.  We could also lower the rating if Washington’s reserve balances were to decline precipitously and the state lacked sufficient plans for timely replenishment.” That sorta sounds like Inslee’s plan to completely drain the reserve fund to pay for even higher state spending next year. (Jason Mercier Facebook post and S&P Global’s Washington State Report)

Police officers are leaving the Seattle Police Department by record numbers, as city councilmembers continue to disparage and disrespect their own officers, while promoting policies which encourage and reward criminal behavior.  It is not shocking news that more police officers (110) have left service in 2020 than in any year in the history of the force, and there are still more than two months remaining for departures to go higher still. After a summer of numerous physical assaults on officers from Left-wing protestors, and the failure of Democrat elected officials anywhere in the state to publicly support law enforcement, 39 Seattle police officers departed last month alone.  We can expect to see even more officers leave as other local departments lift hiring freezes implemented during the coronavirus pandemic.  (Seattle Times)

As Seattle City Council defunds the Navigation Teams, it appears the growing homeless encampment in Denny Park is related to yet another assault on a Seattle Police Officer.  On Thursday afternoon, a Seattle police officer was injured when his car was set on fire by a man who had just left the encampment.  Not only are violent protestors attacking Seattle police officers, but they are also put in harm’s way due to the city’s liberal homeless policies.  No wonder so many Seattle officers are seeking new employment.  (KOMO News)

A couple of Everett councilmembers cited “improved competition” as one of the reasons why they supported an increase in the number of cannabis retailers in the city from six to nine.  Because of strict ID requirements, some councilmembers also said marijuana shops have a much better record of not selling to minors than retailers which sell alcohol. The council voted 6-1 to allow three new pot shops to open in the city. (Everett Herald)

College-aged adults continue to experience a sharp increase in coronavirus cases.  Just as was the case at Washington State University in August, the University of Washington’s Greek system has as seen a significant growth in new cases as some students have returned to campus.  As of this morning, 247 students in 16 fraternities and sororities have been infected with the virus. (MyNorthwest)

There could be more significant personnel shifts in the offing, as the Boeing Company considers selling its Longacres office park in Renton, which currently houses the management of its commercial airplane division.  If this occurs, then employees will be moved to either the airline company’s empty buildings by Boeing Field or to its Paine Field complex in Everett. (Everett Herald)

Northwest Energy, which currently operates the nuclear Columbia Generating Station north of the Tri-Cities, has been selected by the federal government to help developed the next generation of nuclear facilities.  This is good news for community leaders in the Tri-Cities, for they are pushing for additional nuclear plants on the Hanford Reservation.  A Northwest Energy spokesperson cautioned that any decision on location of future plants is still years away, but at least Jay Inslee hasn’t chased this employer away. (YakTriNews)

Spokane area hotels and restaurants are seriously challenged by the shutdown-induced tough economic conditions. Recent figures show that, compared to last year, 7,000 fewer people are employed in the region’s accommodation and food service industry.  Large hotels are dependent on conventions and large business meetings to fill their rooms, and they are only seeing a small increase in future bookings. (Spokesman-Review)

The Chelan Douglas Health District continues to conduct large scale voluntary COVID-19 testing to locate early any possible outbreaks.  The health officials originally began the program to facilitate reopening area schools, but they have also been able to use results to quickly isolate those who have become infected. (Wenatchee World)

As Socialist Seattle Councilmember Kshama Sawant continues to seek national funds to defend herself against a locally funded recall effort, she repeatedly uses the obviously false claim that it is the “right-wing” which is behind the effort to hold her accountable for illegal actions and force her from office.  Sawant hurls these false claims despite the fact the man who is leading the recall campaign, Ernie Lou, is a well-known Democrat and was a strong supporter of the Hillary Clinton campaign.  Yet, if past Sawant campaigns reflect what will occur again, those who fund Sawant’s campaign will likely not know this fact for they reside outside of Washington State. (Sawant campaign fundraising email) 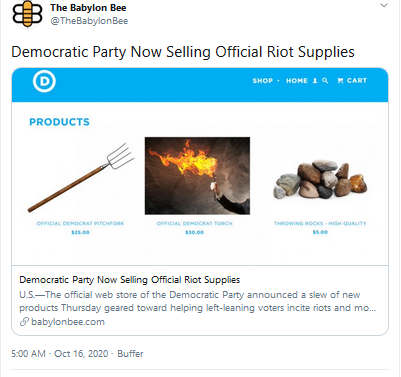 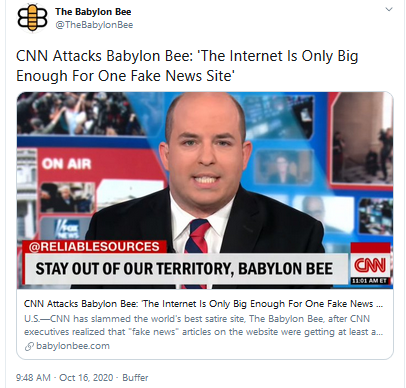