Because of health and safety restrictions placed on the 2021 legislative session, Democrat leaders say less work will get done. 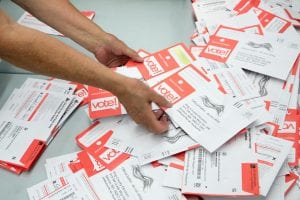 In Shift’s latest analysis of the elections’ vote counts, we explain how the trends are favoring more moderate and conservative candidates, and reveal how the rest of the state is rejecting the radical ideas emanating from Seattle and bigger-government special interests groups.  Significant gains have been made in races in the 5th, 10th, and 19th legislative districts. On the national level, Republicans appear to be retaining control of the Senate and gaining seats in the House of Representatives, as the extreme Democrat economic and social policy proposals are not resonating with a majority of American voters. (Shift Article)

The 2021 Washington State Legislative Session will have virtual hearings, few members allowed on the floor, and no public visitors.  According to plans outlined by Democrat legislative leaders, Washington lawmakers will be adopting many procedures employed by states which held special sessions to repair their budgets this past summer (unfortunately not done in Washington State, due to Governor Inslee being unwilling to give up his strongman authority and uncertain what his fellow Democrats would pass).  Committee hearings will be conducted virtually, with the public only able to provide testimony over the internet.  Only a few legislators will be allowed on the floor of the Senate and House, while most members will vote from their offices.  The Capitol campus will remain closed to the public, as it has been for many months.  Surprisingly, there is some good news in the restrictions being placed on lawmakers. Senator Marko Liias (D – Edmonds) acknowledged, “It is going to take us more time to process the same amount of bills. I think that means there will be less bills considered.”  (Seattle Times)

After beating back the Democrats’ latest effort to place administration of the state’s elections under the control of the Washington State Democrat Party, incumbent Kim Wyman thanked the voters for their support.  Secretary Wyman thanked Washington citizens for “entrusting me with not only the fair and secure administration of our elections, but with the preservation of our state’s history, library collections, and numerous other programs that enrich the lives of Washingtonians.”  By early Friday afternoon, Wyman held a 220,000 vote and had a 6% margin over her Democrat challenger Gael Tarleton. (The Olympian and Washington Secretary of State’s vote totals)

The Seattle Times editorializes that the “King County Council must live up to voters’ trust.”  While much of the editorial describes what the council must do now that Democrat politicians have removed the public from selecting the King County Sheriff, the paper states that King County Executive Dow Constantine must also keep the promises he made regarding the future of the department.  The editorial states, “The council and Constantine so strongly desired to control the sheriff’s office… Voters must remember the promises that were part of this request and hold county government fully accountable. That means watching the council for any signs of cronyism or micromanagement. The County Council must learn from the Seattle City Council’s haphazard manipulation of the Seattle Police Department and govern more responsibly.” Yeah, liberals learning from other liberals what not to do – good luck with that. (Seattle Times)

Former King County Sheriff John Urquhart reminds us that it was Seattle voters, who are not served by the County Sheriff’s office, who removed the voters from selecting who leads that department.  The former sheriff questioned whether people who are not served by the department should control the public safety of the 500,000 individuals who reside in unincorporated King County. Urquhart said, “It’s like the city of Seattle telling Bellevue how to run their police department, or how to manage their parks department when they have absolutely no say in it.” Urquhart went on to blame the result on the county council for placing “this measure on the ballot knowing full well that they were taking the power away from unincorporated King County.”  On how the appointed sheriff will impact future public safety, Urquhart stated, “If you like the Capitol Hill CHOP, you’re going to love the appointed sheriff.” (MyNorthwest)

The Spokane County Health Board fired health officer Dr. Bob Lutz based on the information brought forward by the Regional Health District’s Administrator Amelia Clark.  The administrator said that Dr. Lutz made decisions about the direction of the agency without notifying her and that he was insubordinate.  Spokane Mayor Nadine Woodward supported the firing saying, “Important community decisions are being made by a single entity. Information sharing with partners has slowed to a trickle. Public communication has come from one source.” The board voted 8-4 to support Administrator Clark in her decision.  Dr. Lutz has hired an attorney and is seeking penalties for wrongful termination. (Spokesman Review)

The Pasco School District suspended all online instruction for Pre-K through 5th grade students for Friday (today), to enable teachers to prepare their classrooms for in-person instruction starting next week.  The district made the announcement late Thursday night after it came to an agreement with the Pasco Association of Educators (the teachers’ union).  Pre-K to 2nd grade students will return next Monday, and grades 3 – 5 will come back on Monday, November 16th. (YakTriNews)

Washington State Attorney General Bob Ferguson is insulting the abilities of the Biden campaign, the National Democrat Party, and the Democrat members of the U.S. Senate and House when he claims he is “working to hold the president accountable and protect our election against any threat or interference.” In Ferguson’s latest attempt to obtain more money for his $3 million dollar campaign war chest for a future governor’s race, he proclaims, “I am working with my team to ensure every vote is counted across the United States in this crucial election.”  Isn’t this why the Biden campaign and national Democrat organizations hired tremendously expensive lawyers?  Isn’t it the role of the federal branches of government to provide a check and balance of powers?  Apparently, Ferguson does not believe the Biden team and other Democrats can adequately perform their jobs and only he can handle this situation. Ego much, Bob? (Ferguson Campaign fundraising email) 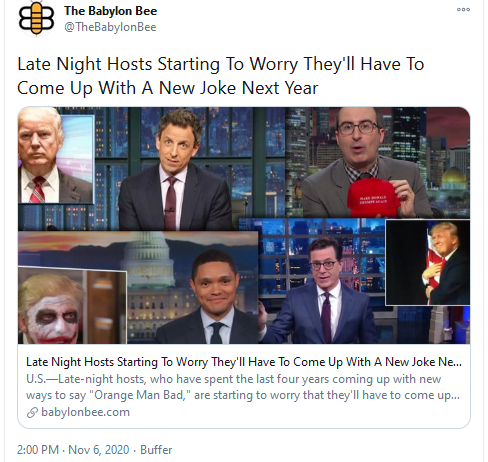 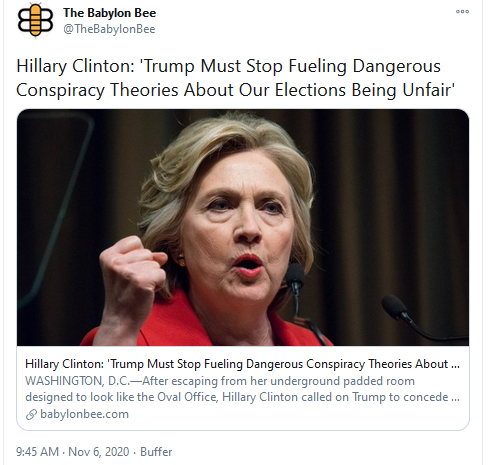