By giving tribal casinos a tax-free monopoly on sports gambling, Democrat lawmakers are saying the state doesn’t need $50 million (or more) in annual revenue from non-tribal sources – you can bet tribal money will keep flowing to Democrats’ campaigns

Shift sits down with the President of the Washington Policy Center (WPC) – one of the premier free-market think tanks in the nation. Despite being in one of the country’s most liberal states, Dann Mead Smith leads an excellent staff that has built a strong reputation for providing creative solutions to a broad array of issues (Shift often uses its reports in the Daily Briefing and in our articles).  Dann discusses the think tank’s successes, future goals, and wanting Oasis to sing the National Anthem at the WPC’s annual dinner. (Shift)

Legislative Democrats gave up $50 million in annual new tax revenue to provide tribal casinos a monopoly on sports betting in Washington State. The Democrat-controlled Senate passed its version of the bill (EHB 2638), which rewards Native American tribes for their strong financial support of Democrat candidates by providing them with exclusive rights to run sports betting operations in the state.  This legislation prevents non-tribal businesses from participating in sports betting and thus denies the state an estimated $50 million in new tax revenues every year.  Fearful the state voters would see their corruption and overturn this bill at the polls, the Democrats included an “emergency” clause to deny a referendum vote.  The bill now goes back to the House for approval of small changes in the Senate legislation before it is signed into law by Governor Jay Inslee. (Seattle Times and Washington Legislature Bill Summary)

Senate Republican Caucus Chair Randi Becker (R-Lacey) announced she will not be seeking re-election this fall.  The three-term senator said in her announcement, “I have often told my constituents, I can’t always promise to vote the way that you would like, but I do promise to listen. I feel that I have done that well — and I have learned a lot along the way!” (Republican Senate Caucus)

The House passed the Democrats latest measure to use government resources to promote liberal policy proposals. The bill, SB 6288, establishes the Washington Office of Firearm Safety and Violence Prevention, which will collect data on firearm violence.  Since this information is already available, many see the new office as a bureaucratic vehicle for Democrats to further restrict the rights of those who lawfully own and use firearms.  The bill now returns to the Senate to approve House amendments. (Senator Manka Dhingra website and Washington Legislature Bill Summary)

Washington State continues to discriminate against children who receive a public charter school education.  In an op-ed in the Spokesman-Review, long-time education advocate Anne Cowles describes how the powerful Washington Education Association’s greed is causing the state to under-fund the education of low-income and minority students – the ones who are over-represented in Washington’s public charter schools. (Spokesman-Review)

Microsoft and Amazon have agreed to pay their hourly workers their same pay even though the companies’ staffing needs are reduced due to many employees working from home during the outbreak of the coronavirus.  Amazon has 10,000 hourly workers and Microsoft has 4,500  hourly-employees in the Puget Sound region, who perform the many vital services that support the work of other employees. While there are many liberal politicians (we’re looking at you, Kshama Sawant) who falsely condemn our region’s corporate community in order to promote their far-left political agenda, it is important to recognize companies for the many things they do that make our region better.  (Microsoft and Seattle Times)

A federal judge ruled that the Bremerton School District’s right to restrict religious expression, when it violates the prohibition of government favoring a religion, outweighs a coach’s right to religious expression.  This is latest court decision following the 2015 firing of Bremerton High School’s football coach, Joe Kennedy, for praying with football players following games.  Kennedy’s attorney said they will appeal the decision. (Kitsap Sun)

Pierce County Councilmember Dave Morrell delays the vote on a “behavioral health” tax until he knows the specific expenditures of the revenue it would generate and that benchmarks are put in place to ensure the money is achieving the stated goals.  Morrell was the deciding vote in favor of the new one-tenth of 1% sales tax to fund mental health concerns in the county. Morrell is asking for the vote to be pushed back until after October 1st to provide county agencies time to deliver on his requests. (News Tribune)

A city employee’s sensitivity to fragrances has cost the City of Edmonds over a half million dollars. The city settled out of court for $515,000 (half the money going towards attorney fees) with a former employee who claimed the city did not do enough to accommodate her issues with strong scents.  The woman claimed she resigned from her position with the city’s police force because she was not given a fragrance-free work space.   (Everett Herald)

2019 Spokane mayoral candidate Ben Stuckart has accepted a part-time job to lead the Spokane Low Income Housing Consortium.  The former divisive city council president ran into numerous questionable ethics activities while in office, and received strong financial backing in his campaign for mayor from organizations that were also accused of Public Disclosure Commission violations. Is that the type of ethical behavior you want in your advocate? (Spokesman-Review and Shift)

Spokane Mayor Nadine Woodward announced that the city is investigating possible criminal activities with how the city’s Community Housing and Human Services department worked with non-government partners.  Even though the city is not publicly revealing the organization, there has been  public speculation that the investigation might involve accusations between two competing non-profit agencies which were seeking city contracts.  One of the agencies, Jewels Helping Hands, has been the subject of public criticism since it received a lucrative city contract (with the help of then-council president Ben Stuckart) to operate a warming center last fall. (Inlander and Shift) 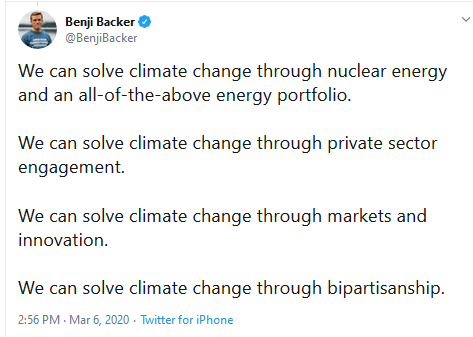 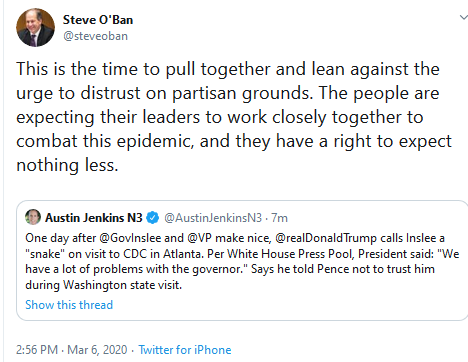