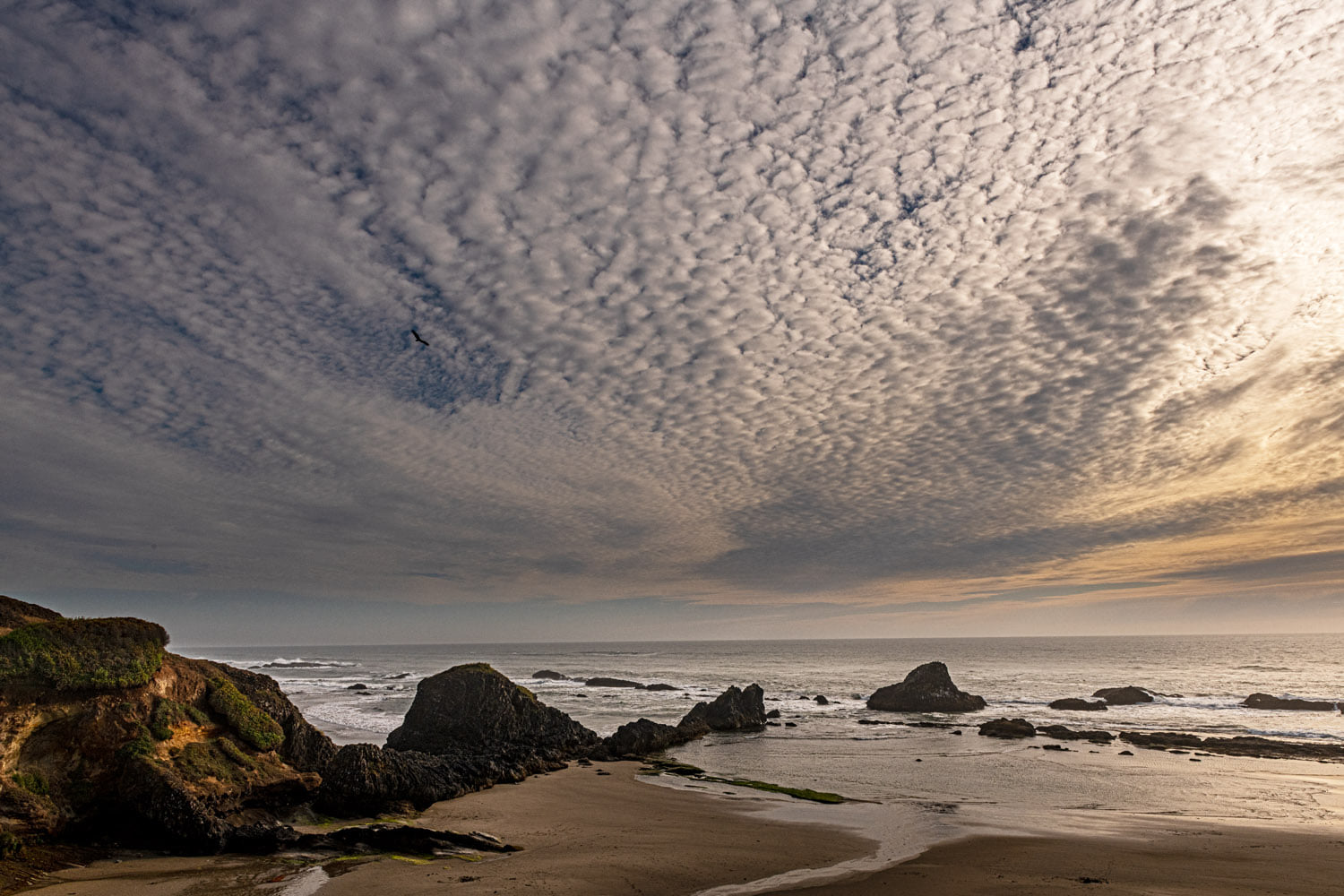 While mismanagement in Governor Jay Inslee’s Employment Security Department is causing unnecessary stress and suffering for hundreds of thousands of Washington citizens, Commissioner Suzi LeVine is making jokes about the situation.  LeVine, who obtained the job because she raises large contributions for Democrat campaigns, does not understand the hardship her actions have caused.  Oregon Governor Kate Brown fired her Employment Department Director over failing to deliver benefits, yet Governor Inslee keeps LeVine, whose failures far exceeds what has taken place in Oregon. (Shift) 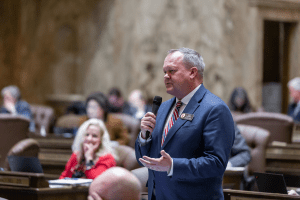 With details of the historic scam on the Washington State Employment Security Department still being revealed, we are grateful for Representative Matt Boehnke (R-Kennewick) for taking the time to provide Shift readers with insight on what the Inslee Administration failed to do to prevent “hundreds of millions of dollars” from being stolen from from our state’s taxpayers.  Boehnke is a first-term legislator with 30 years of military and commercial experience in cyber security.  While Democrat legislators say they might hold a hearing on this scam next year, Representative Boehnke is calling for a legislative investigation now. (Shift)

Washington State spent nearly $14 million dollars on facemasks that cannot be used by health professionals. This is the latest in a series of managerial breakdowns of the Inslee administration that has cost Washington taxpayers millions of dollars, while other failures have resulted in the spread of the coronavirus at state-run facilities. While this administrative gaff is not as costly as the “hundreds of millions of dollars” lost by the Employment Security Department, it did force many medical facilities which were promised the protective equipment, to scramble to find replacement gear.  It is not known if this failure resulted in the spread of the disease as their mishaps at state corrections facilities and state hospitals did. (Seattle Times, Shift, Everett Herald, and News Tribune)

The attorney for two unemployed workers has filed a lawsuit at the Washington State Supreme Court against the State of Washington and the Employment Security Department (ESD) for failing to deliver payments to those who have lost wages from the coronavirus outbreak.  Due to the pre-crisis management failures of the Inslee administration, the ESD was scammed out of “hundreds of millions of dollars” by Nigerian criminals, which forced the state to stop processing promised benefits to suddenly unemployed workers.  The attorney said, “People have been patient and know things are not going to happen instantly. But when you have been attempting to claim unemployment since March and it’s already June and there has been no progress, it’s very discouraging.” (Northwest News Network)

Seattle Councilmember Teresa Mosqueda said the offensive and violent messages being shouted at police officers “were justified” as she participated in the latest (sometimes violent) protests in Seattle. (We should note that Mosqueda is considering a run for mayor.)  This is the latest in a series of actions which has led many experienced Seattle law enforcement officers to flee the department for they believe the city’s elected officials do not support the police.  This flight of officers is costing the city millions as it attempts to recruit replacements by offering bonuses and mounting a PR campaign.  Because of Mosqueda’s latest actions, the city will likely need to offer even larger bonuses to lure qualified officers to the city. (MyNorthwest and Seattle Times)

Many of Sound Transit’s revenue sources (sales tax, motor vehicle excise tax, car rental tax, and fares) have dropped considerably due to coronavirus outbreak’s shutdown of the economy.  As a result, the agency’s revenues are expected to drop by $12 billion over the next 20 years.  One of the actions Sound Transit is considering to increase its revenue is to have the voters approve lifting the agency’s debt limit from 1.5% (of assessed property values) to 5.0%.  A 60% voter approval is necessary for this to be implemented. (The Urbanist)

Everett Transit, which is facing a severe budget deficit due to the loss of sales tax revenues, is considering a merger with Community Transit. The other options include raising the city’s sales tax or reducing service.  (Everett Herald)

Despite the expiration of Governor Inslee’s emergency orders, state officials are still processing legal actions against the Snohomish barber who kept his business open while other “non-essential” businesses were forced to close.  Thus far the state has not fined or incarcerated any Washington individual for defying Governor Inslee’s orders.  The state’s Department of Licensing did suspend Bob Martin’s cosmetology operator’s license and a spokesman said, “We will continue with our action as it relates to his unlicensed activity.” (Everett Herald)

As Governor Inslee continues to isolate himself among his campaign supporters and liberal special interest groups, he has ignored farmers’ suggestions for new health guidelines for the Agriculture Community.  Not a single member of the Governor’s “Safe Start” Advisory Groups is an agriculture employer and as a result, some of the new guidelines are not practical. Many farmers feel the guidelines will cause financial hardships in the agriculture community. (Shift, Washington AG Network, and Safe Start Advisory Groups membership)

A Pasco Catholic priest is critical of Governor Inslee and says he does not treat members of the religious community “with equity.”  Father Robert Turner of St. Patrick’s Catholic Parish said the governor is “deliberately choosing to exclude the Catholic community” while drafting up his guidelines for religious services.  The Father said, “I think that Governor Inslee’s practice of not treating with equity the religious groups proves his religious prejudice and that he does not recognize the constitutional rights of people of faith.” (Tri-City Herald) 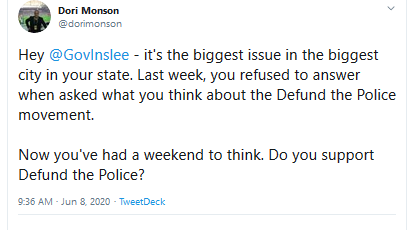 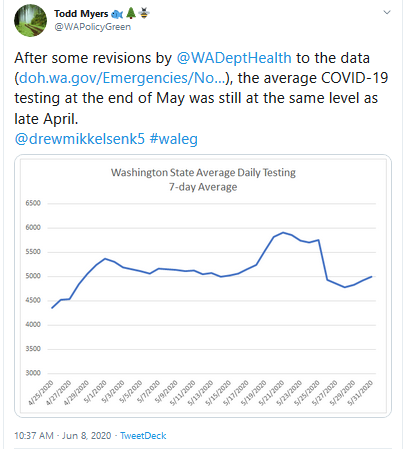