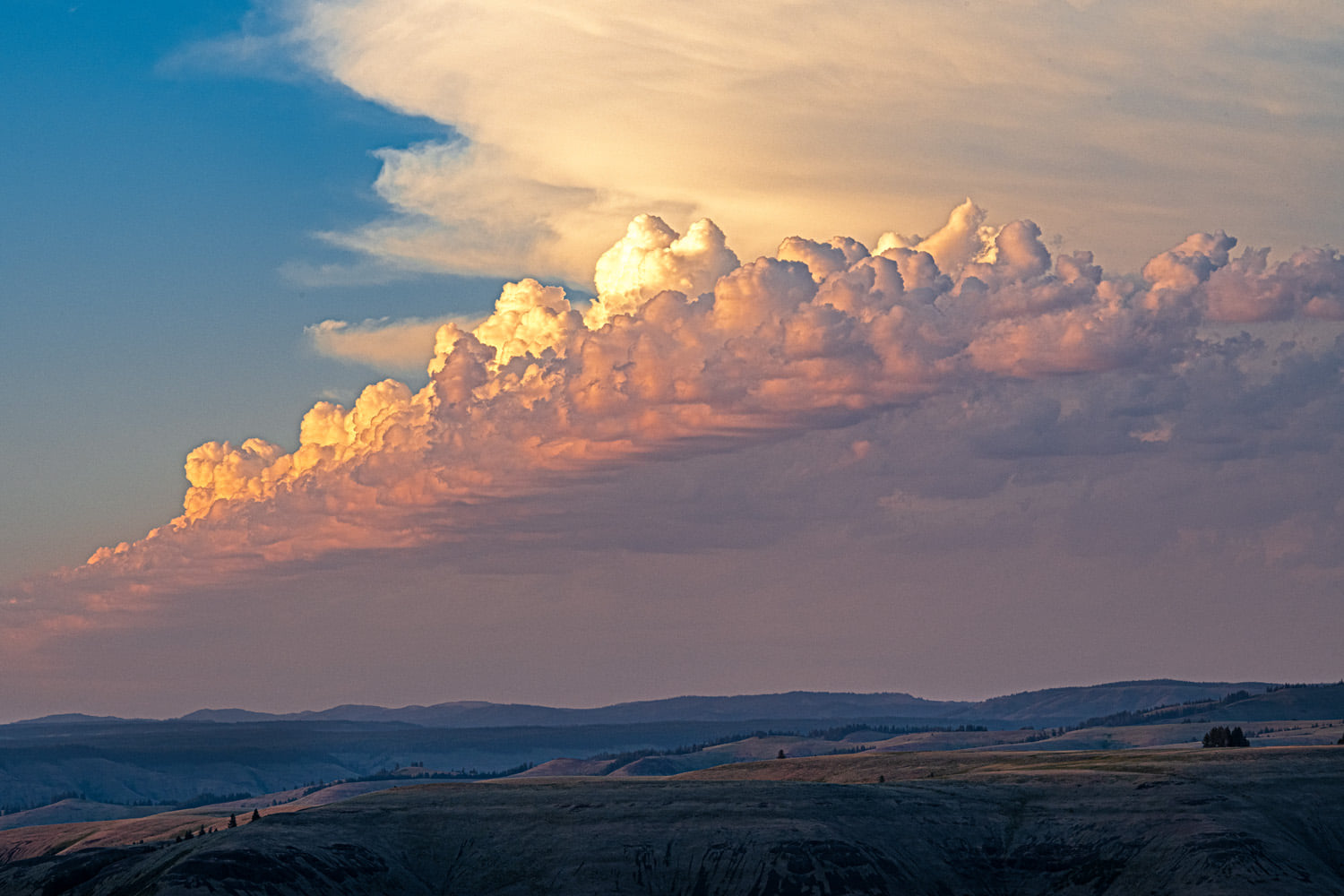 A new report from the Washington Policy Center reveals the hypocrisy of wealthy environmentalists (and the liberal politicians they buy) towards the state’s Native American tribes.  The report states, “The purported respect from some on the environmental Left for tribal sovereignty, treaty rights, and tribal stewardship of nature is conditioned on tribes doing what the environmentalists want. When tribes fail to comply with that political agenda, greens can quickly become dismissive.”  Multiple recent examples of such environmentalist duplicity towards the tribes were provided, with the most recent being Governor Jay Inslee’s insulting comments about female tribal leader Fawn Sharp.  While responding to a question about Sharp’s comments that the governor had betrayed tribes with his line-item veto of language relating to tribes in the Cap-and-Trade legislation (SB 5126), Inslee derisively said Sharp was not a “real” tribal leader. Inslee said this despite Sharp being the Vice President (after being President) of the Quinault Nation, and is currently the President of the National Congress of American Indians, the nation’s largest tribal organization.  Inslee had also appointed Sharp as the tribal representative to his Carbon Emissions Reduction Taskforce. But once Sharp questioned Inslee, she lost her qualifications, and his fake respect. (Washington Policy Center, Washington Legislature Bill Summary, Facebook/TVW – 32:30 mark, and Governor’s media release on Carbon Emissions Reduction Taskforce)

Christopher Rufo has posted an informative and concise “Critical Race Theory Briefing Book” on his website, for those wanting to learn more about this divisive philosophy first pushed by liberal extremists, and now embraced by nearly all virtual-signaling Democrats.  Rufo writes that Critical Race Theory (CRT) is the belief “that American institutions, such as the Constitution and legal system, preach freedom and equality, but are mere “camouflages” for naked racial domination. They believe that racism is a constant, universal condition: it simply becomes more subtle, sophisticated, and insidious over the course of history.” Liberals have pushed to have this theory taught in universities, governments, corporations and, most dangerously, to our school children. (Christopher Rufo Critical Theory Briefing Book)

In a front-page story, the Seattle Times provided a few details behind a King County program which liberal politicians had previously claimed would “end youth homelessness” by this month, but instead has itself been quietly ended.  Like all so many liberal social service programs, the “End Youth Homelessness Now Campaign” began with great fanfare in June 2019, with Democrat politicians rushing to get in front of TV cameras (this time with members of Pearl Jam by their side) to proclaim they were solving one of the region’s most pressing problem – and in just the next two years.  Millions in federal grants, local taxes, and even local philanthropic contributions were to be spent to ensure that every homeless teen in Seattle would be provided with permanent shelter.  Yet, as so often happens with liberal programs, politicians’ grand pronouncements were overtaken by poor administration and bureaucratic turf battles.  As the program began to unravel, staff at the campaign made accusations of racism against King County administration.  After wasting considerable public and private funds, the campaign died a quiet death as all staff members were laid off or reassigned to other jobs. Not a single teen was saved from the misery of living on the streets.

While it is nice that the Seattle Times got around to pointing out the latest failure of the region’s liberal establishment to combat homelessness, the newspaper does a serious disservice by not holding liberal politicians accountable for government’s failure.  Since no Republican was involved in the effort, the Times’ reporter did not believe it was important to include a single politician’s name in his story, even those (such as King County Executive Dow Constantine and Seattle Mayor Jenny Durkan) who made public promises about the campaign’s impact at its media unveiling two years ago.  Not only should the reporter inform the public which politician wasted taxpayer money on this project, but he should have posed serious questions to them in order to hold them accountable.  (Remember, that as this campaign was in its early months of development, the same King County homeless officials thought it was a good idea to hire a Spokane transgender stripper to perform at a homeless conference it was conducting.)  The story ends with the question, “Does the public get tired of these efforts, these promises that we’re going to end some type of homelessness in two years?”  Yet if the media fails to do its job of holding liberal elected officials accountable for their actions, politicians will continue to waste taxpayer money on unfulfilled promises and the suffering will continue. (Seattle Times and KIRO-TV)

A Seattle Public School officials was untruthful while responding to a complaint filed with the Washington State Department of Labor & Industries, minimizing unsafe working conditions at Broadview-Thompson K-8 School due to a growing homeless encampment the school district refuses to remove.  The complaint was filed by a worker at the North Seattle school due to the weapons, drugs, and violence taking place in the encampment on school property and is only separated from the school’s playground by a small fence. The SPS bureaucrat responded that there are no credible reports of these items “on school grounds” and thus choosing to play a word game that the encampment is on school-owned property, but technically not on school “grounds”.  Thus, the school district would rather play games with the safety of children, and cling to believing in a failed liberal philosophy on homelessness. (MyNorthwest)

There remains discontent within the agriculture community over the passage over legislation that imposes a wage scale but does not reflect the realities of farm work.  The bill (SB 5172) was first introduced by Senator Curtis King (R – Yakima) to protect farmers from retroactive lawsuits following a Washington State Supreme Court ruling striking down overtime laws for agriculture workers.  Yet, the bill was hijacked by Seattle liberals (with no agriculture experience) to impose wage laws promoted by union special interest groups. The result was a bill that will be costly to Washington State farmers and will likely reduce workers’ paychecks, as farmers will need to institute shifts during harvest season.  Dillon Honcoop of the Save Family Farming group states, “Farming is connected to the natural cycle of life. Weather and plants. That’s where a 40-hour work week is a cookie cutter that doesn’t fit the realities of farming. Frankly, it doesn’t fit the life pattern, the lifestyle, the culture of farmers – or farm workers, either. Those claiming that this is a big win for workers are apparently not talking to the many workers I’m hearing from.”  Agriculture groups are hoping they can reform the bill to make it more realistically aligned to farming’s work cycles. (Lens and Washington Legislature Bill Summary)

The Washington Policy Center’s Pam Lewison asserts that the Democrats’ state income tax on capital gains will be especially brutal on those in the agriculture business.  “Anyone who tracks the value of farmland should be well aware that $250,000 is not a hard mark to reach.”  By not exempting agriculture land from the certainly unconstitutional income tax, urban liberals chose to remain oblivious on how their policies will impact those with different financial realities than their own.  As was revealed in an internal Senate Democrat caucus memo, liberal staffers and legislators are unapologetic in stating their ignorant and insulting belief that that farmers become wealthy “while working less than half time.” (Pacific Northwest AG Network and Senate Democrat Caucus talking points memo)

By forcing the closure of the Tacoma Northwest Detention Center, Democrat legislators have demonstrated again that they have little desire to enforce the law and keep our communities safe.  A Democrat majority in the Washington State Legislature jammed through HB 1090 this year, essentially closing down the state’s sole privately operated U.S. Immigration and Customs Enforcement facility, which houses inmates who have entered the country illegally.  This is the Democrats’ latest example of inequitable policies undermining public safety.  While those who want to legally enter the country must wait years for their opportunity, the Democrats want to move those who have entered the country illegally to the front of the line.  This is hardly equitable, and it is the latest example of liberals encouraging people to disregard laws they do not like (especially those they do not have the votes or public support to change).  (Click to read full Shift Article) 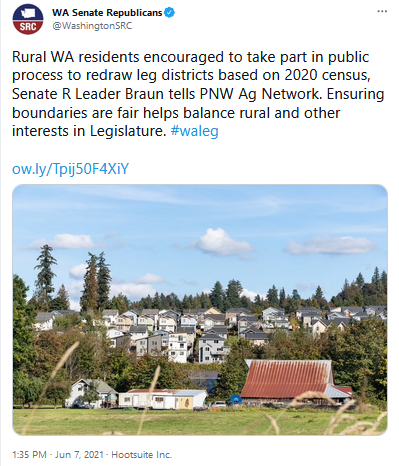