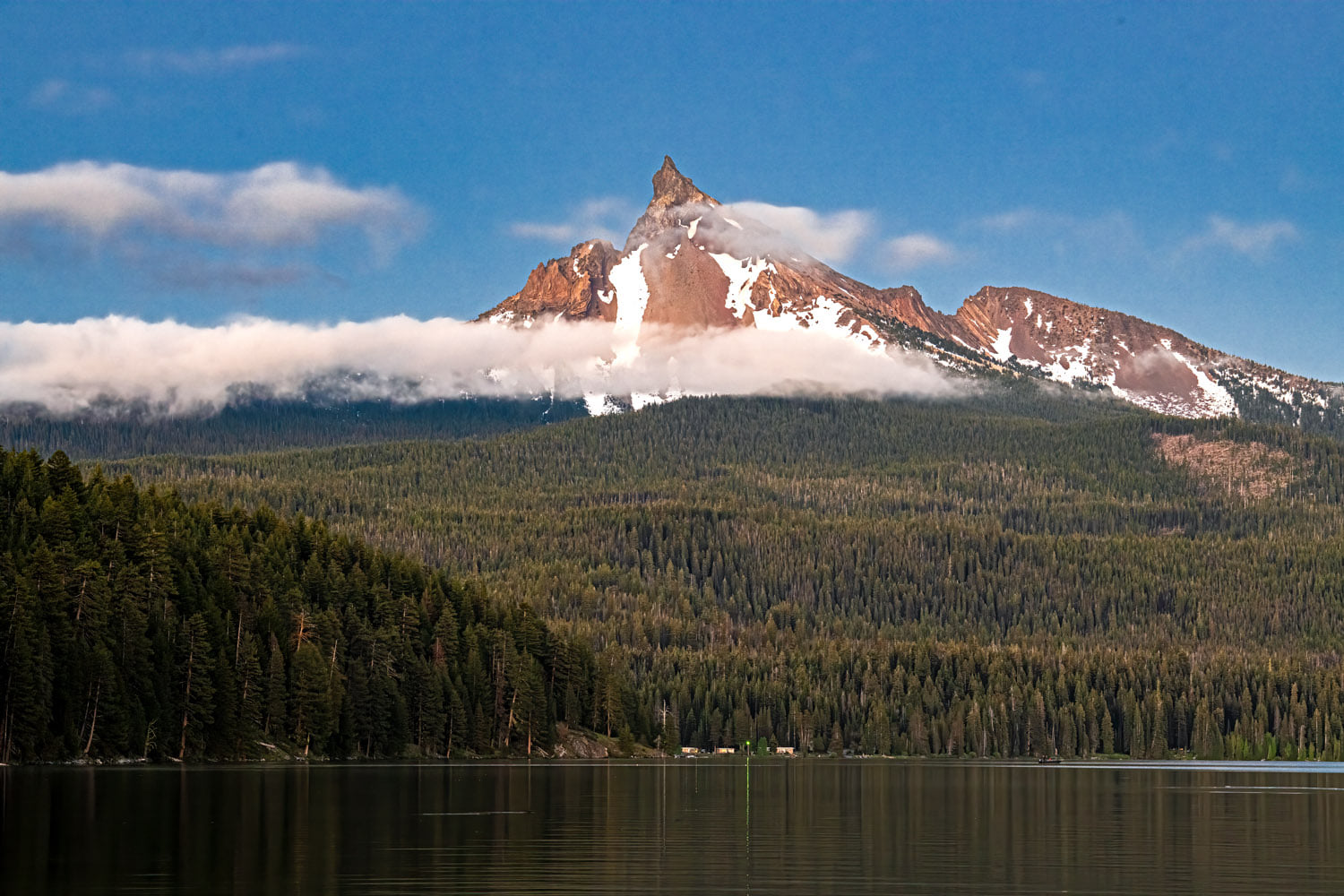 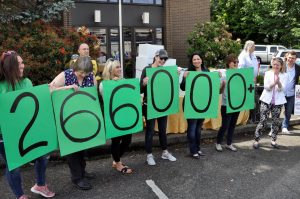 Last Friday’s Newsmaker Interview was with Mindie Wirth, campaign chair of Parents for Safe Schools, the organization seeking to overturn Washington State’s new controversial sex education bill (SB 5395).  The measure was proposed by Superintendent of Public Instruction Chris Reykdal and passed by a party-line vote during the 2020 Democrat-controlled legislature.  Earlier this month, Parents for Safe Schools turned in a record breaking 266,000 signatures (twice the number required), despite the incredible obstacles created by the coronavirus outbreak.  Wirth shares how the group was successful in placing Referendum 90 on the ballot, and how they plan to mount their campaign to reject the divisive and unnecessary legislation that removes parents and local school boards from having a voice in determining public schools’ sex education curriculum. (Shift)

Governor Jay Inslee continues to be more focused on earning a position in a (possible) future Biden Administration than on doing his job that Washingtonians are paying him for.  Inslee, while appearing Sunday on “Face the Nation,” threw out a few well-rehearsed petty one-liners aimed at President Donald Trump, and avoided talking about the numerous failures of his administration (especially the cruel failure of his Employment Security Department) during the coronavirus outbreak.  When Inslee was asked about his administration’s failure in stopping the spread of COVID-19 in Central Washington’s agricultural community, here was his response (printed verbatim). “We’ve got to have an agricultural industry because we need to eat across the United States. We have asked people to step in and continue to work in these industries, and they have done that.  And they have learned we have had more successful protocols reduced during the transmission.  You can understand why they’re higher levels of transmission, where people are working closely together, but we put into place some really good protocols. Although we need to continue to increase testing in these facilities, and that’s why from day one, when the president said that this was just going to go away Monday, and we had adequate testing, that also disabled some of our efforts.  But right now it is not just the agricultural industry, and I think that is important to say.  We have very widespread community transmission in some of our counties.  And this points to the fact that all of us need to pull on this rope and we could use some national leadership in that regard.”  Washington State is embarrassed enough by CHAZ making Seattle a national laughingstock – why does Jay need to make it worse by talking on national TV? (Face the Nation and News Tribune)

Brandi Kruse uses Mayor Jenny Durkan’s own words to demonstrate how failed liberal policies have contributed to the current environment of police reform.  The mayor recently said, “We know there are so many calls that police get that they respond to because the other systems in society have failed.”  This is especially true with mental health and homeless issues. The Inslee Administration’s mental health policies led to the federal government decertifying the state’s largest mental health facility, costing Washington taxpayers $53 million, and has contributed to the high number of calls Seattle police receive dealing with a mental health crisis.  The city’s liberal homeless policies have only increased the number of homeless on Seattle’s streets, and the need for police to spend resources and manpower on Navigation Teams. Left unanswered was why, since Democrats have been running the city of Seattle since the 1970’s without any Republican input, that they have allowed the failure of “other systems in society”? (Q13 The Divide and Seattle Times)

The cruel failures of Governor Inslee’s Employment Security Department (ESD) continue to linger, while another promised timeline is given to clear the backlog of applications.  After last week’s news that ESD employees were going to spend even less time responding to new applicants’ phone calls, in order to work on the more complicated problems, ESD Commissioner Suzi “I can raise money for Democrat candidates” LeVine now says she hopes to have the more than 80,000 backlogged applications processed by the end of July.  The backlog crisis is so severe the National Guard has been brought in to help.  Even if the department can meet its latest revised promise (and history has shown they likely will not), this still means nearly 100,000 Washington residents will spend another month dodging creditors’ phone calls and letters, standing in food bank lines, and spending hours trying to get through to a live ESD employee to get answers on their promised benefits. (KING5 News, KIRO7 News, and The Columbian)

Washington Democrats admit they have been racist in determining which political consultants they   allow to work for their chosen candidates.  After the Political Consultants of Color claimed that Democrat institutional organizations (like its legislative campaign committees) perpetuated racism (a claim that had been made even before the recent Black Lives Matter protests), Washington State Democrat Party Chair Tina Podlodowski replied, “They’re right, in terms of how these things have worked. They were right to call us out on it, and we’ve got to fix it.” Got hypocrisy, Tina? (Crosscut)

By Governor Inslee giving state employees a raise, and then telling them to take a few furlough days, some state agencies will be closed for one day week.  Inslee’s bonehead scheme (concocted in a backroom deal with his union boss contributors), will give state employees more money, yet will provide less services to Washington residents. It is yet another clear example that Inslee has chosen to give state money away to campaign contributors at the expense of Washington taxpayers. (News Tribune and Shift)

Early Monday morning, another man was killed and another injured inside the CHAZ, as people who want to avoid police and community laws continue to frequent the protest area.   The crime scene was tampered with before police arrived, making it more difficult for law enforcement to determine who was responsible for the bloodshed.  Seattle Police Chief Carmen Best said of the multiple violent actions inside the CHAZ, “Two African American men are dead, at a place where they claim to be working for Black Lives Matter. But they’re gone, they’re dead now.  We need to be able to get back into the area. This is dangerous and unacceptable.”  Meanwhile protest leaders continue to believe their actions of closing a police precinct and removing law enforcement from the zone has nothing to do with the multiple shootings and other crimes that plague the neighborhood since they took over. (Seattle Times)

While many are still shocked that Amazon is using its name-buying rights to call the remodeled Seattle Center hockey stadium the “Climate Pledge Arena,” the fact is, as opposed to government policies, there is a very good likelihood the facility will meet its zero CO2 emissions goal by 2040.  The free market and private enterprise far outpace the climate results of liberal government environmental policies, which are nearly always more focused on growing the size of government than they are in protecting our environment. (Washington Policy Center)

Health officials believe the increased use of face masks is causing the slight decline in reported coronavirus cases in Yakima County.  The reported number of new cases slightly declined in the county, as well as the number of average people infected by each patient.  Research from the Institute for Disease Modeling states, “In Yakima County, we estimate that population prevalence has been declining while a large fraction of the population remains fully susceptible to COVID. This suggests that declines are due to recent interventions and changes in behavior.”  (Yakima Herald)

The Sunday Spokesman-Review was the last edition produced by its downtown printing press, ending over 125 years at that location.  Starting Monday, the paper will be printed at a new state-of-the-art facility in the Spokane Valley. (Spokesman-Review)

Organizers have cancelled Oktoberfest in Leavenworth due to the coronavirus outbreak.  Officials said they did all they could to allow the annual festival to take place, but the organization’s president said, “Our biggest concern was over our liquor permits being denied by the city and state” if they went ahead with the event. (Wenatchee World)

U.S. Senator Maria Cantwell should be embarrassed that she signed the latest Inslee for Governor fundraising email – since it is full of unsubstantiated and misleading claims.  While continuing the laughable assertion that that the Republican Governors Association is going to spend $53 million to remove Inslee from office (we could only wish), Cantwell also promoted false political narratives that can only be supported by partisan political opinions and not by facts.  Despite (among many colossal problems) the historic failure of Inslee’s Employment Security Department and the absurd use of his multi-colored dials as a substitute for actual data, Cantwell actually says Inslee has “been praised as an example of measured science-driven leadership” during the COVID-19 outbreak.  And despite the state dramatically failing to meet any of its climate goals under Inslee’s environmental policies, Cantwell pushes the false claim that Inslee is a “national leader” in protecting our environment.  Yet the most ridiculous part of the Sunday morning email was when Cantwell complains about President Trump hurling insults at Inslee – for Inslee had just finished taping his “Face the Nation” segment where he spent nearly all his interview hurling well-rehearsed insults at President Trump. (Inslee Campaign email, Crosscut, Face the Nation) 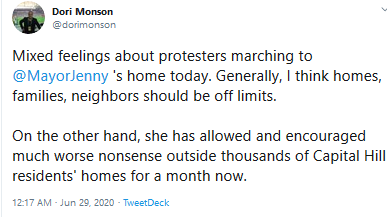 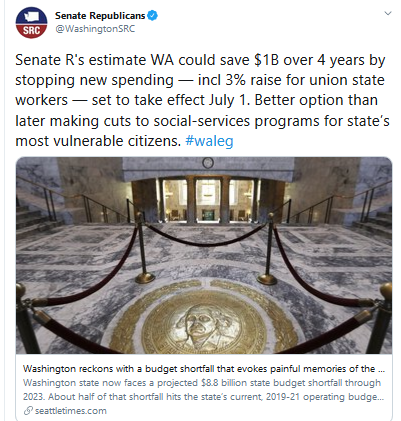