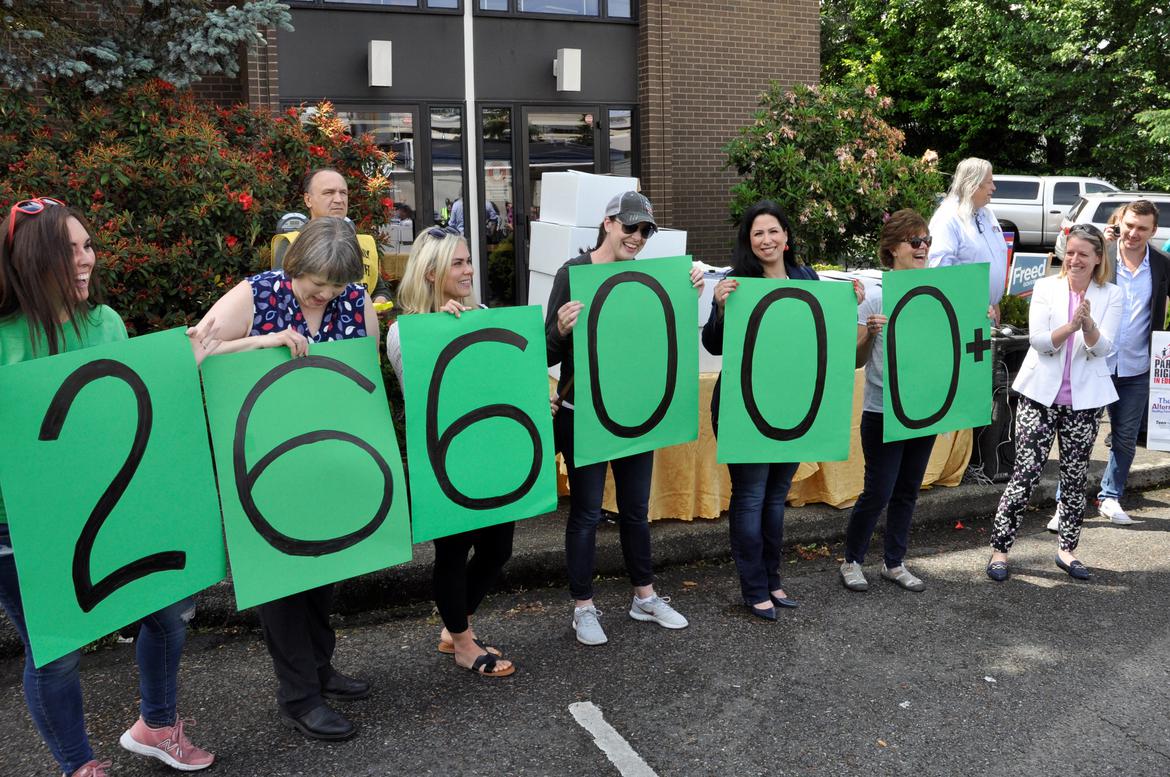 This week’s Newsmaker Interview is with Mindie Wirth the Campaign Chair for Parents for Safe Schools, the campaign seeking to overturn Washington State’s new controversial sex education bill (SB 5395).  The measure was proposed by Superintendent of Public Instruction Chris Reykdal and passed by a party vote by the Democrat controlled legislature during the 2020 legislative session.  Earlier this month the campaign turned in a record breaking 266,000 signatures (twice the number required), despite the incredible obstacles created by the coronavirus outbreak.  Mindie shares how the group was successful in placing Referendum 90 on the ballot and how they plan to mount their campaign to reject the divisive legislation that removes parents and local school boards in public schools’ sex education curriculum.

Despite “Stay at Home” orders, Parents for Safe Schools was able to collect a record breaking 266,000 signatures to place the repeal of SB 5395 (the “K-12 sex education” bill) on the November ballot? How were you able to accomplish this feat and gather twice as many signatures than required, in spite of severe restrictions?

It was an unprecedented effort that clearly shows the level of concern people have about this new law. Legislators will tell you that it was the proposal that stirred the most response during the recent session—frankly more than in any recent session. We worked to capture that passion and energy and direct it toward signature gathering.

We mailed out over 100,000 petitions to folks who signed up online and who we had identified as supporters of the effort. In addition, the leadership of groups like Informed Parents of Washington and Family Policy Institute Washington was extraordinary. They informed their supporters, distributed petitions and developed more than 150 drive-through signing locations where we also had tremendous success as well. It was truly an historic result thanks to so many people working so hard.

Did you face any organized opposition to the collection of signatures?

Not much…some isolated incidents but they all seemed to be resolved quickly.

Why should voters vote to repeal SB 5395?

There’s a lot in this bill to dislike. The curriculum is extreme—especially for kids third grade and under. In addition- it means a loss of local control. Communities and local school boards are pushed aside for a one-size-fits-all directive. Finally, it’s an expensive new state mandate when school districts and the state are grappling with huge budget shortfalls.

There is often confusion with referendum bills.  If someone is opposed to the Democrats sex education legislation, how should they vote on their November ballot, “Approve” or “Reject?”

I know it can be a little confusing at first, but a referendum measure allows citizens to vote on a law just like their elected representatives did. So we’re encouraging voters to Reject Referendum 90!

Tell us about the campaign.  What groups have signed on to assist in the effort?  How much money do you plan to raise? And how do you plan to get your message out to voters?

We plan to work with our energetic and enormous grassroots network of individuals and groups to carry the Reject R-90 message across the state. We’ll be providing local groups with campaign materials, organizing a statewide speakers bureau and getting our message out every way possible as November approaches.

What do you know about the opposition?

Not much but I’m sure we’ll hear from them! I look forward to shedding as much light as possible on this law and making sure every voter knows why they need to Reject R-90 when they cast their ballot.

How can people get involved in the campaign?

Visit us at ParentsforSafeSchools.com. Sign up to volunteer and donate. We are the grassroots, people-powered campaign and we only succeed if everyone who cares about this issue gets involved.