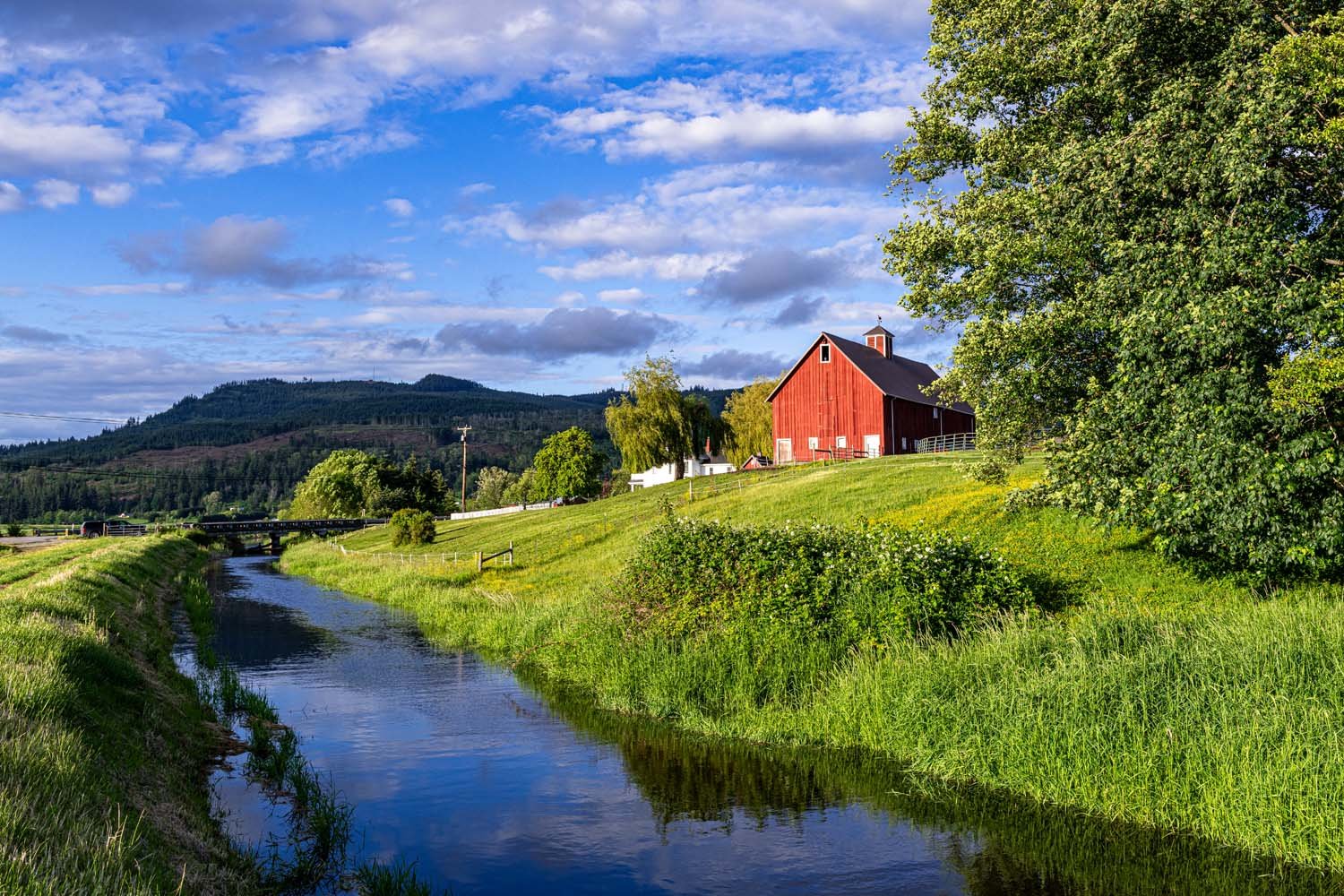 A coordinated statewide effort to send 11 separate politically moderate initiatives to the legislature is seeking volunteers to collect signatures.  If any of the initiatives obtain the necessary 326,000 valid signatures before the deadline on December 31st, 2022, then the 2023 legislature must act on the measure. The initiatives WILL NOT need the signature of Democrat Governor Jay Inslee to become state law. Thus, if the Republicans successfully obtain control of the legislature this fall, there is a strong possibility that those initiatives that obtain enough signatures will become law.

There are significant differences between an “Initiative to the People” and an “Initiative to the Legislature.” While both require the same number of signatures (a little more than 326,000), an Initiative to the People must turn in their signatures by the first week of July to appear on the November ballot. An Initiative to the Legislature has until the end of the year and goes to the legislature for further action. The legislature then has three options it can take on the initiative. The first is to approve the measure, and the second is to reject the measure (then the initiative is placed on the following November ballot where the voters must approve it). The final option is for the legislature to propose their measure dealing with the same subject, which will be placed on the general election ballot along with the original initiative.

Due to labor shortages and labor costs, orders for workplace robots have jumped 40% in the past year.  In a Centralia Chronicle op-ed, former Association of Washington Business President Don Brunell states that companies of all sizes “are leveraging automation to combat ongoing labor shortages and cut costs.” Brunell states that the cost of robotics is dropping just as labor costs increase. (Centralia Chronicle)

The latest Democrat lawmaker attempting to appear moderate after supporting very liberal proposals in Olympia is Representative April Berg, representing the 44th Legislative District. The Snohomish County district is one of about a dozen suburban swing districts which will decide who controls the Washington State Legislature after November. She is facing a tough challenge from Republican economic researcher Ryne Rohla.

In 2021, Representative Berg co-sponsored the very controversial restriction (HB 1054) on police pursuit, which enabled thousands of criminals to flee police and remain free. She also supported the unconstitutional state income tax on capital gains (SB 5096) and many other far-Left measures passed by the legislature during her first term.

In an Everett Herald op-ed, Representative Berg attempts to shed her liberal label by discussing some moderate stands she has taken around small businesses. Yet, she fails to mention her strong support for pro-criminal bills, which have significantly increased the cost of doing business due to increased retail theft. And she also failed to mention her support for the Democrat budget, which did not include Republican proposals to cut the B&O tax, sales, tax, and property tax, which would have helped small businesses far more. (Everett Herald, Ryne Rohla campaign, and Washington Legislature Bill Summary)

Criminals appear to be unconcerned that Seattle has tough gun safety laws as the city has experienced a 75% increase in the number of shots fired during the first five months of 2022.  New crime statistics reveal that, as of May 31st, there have been 302 shootings in Seattle, with 15 people killed and 63 more injured. The increase in shootings coincides with radical actions by the Seattle City Council to reduce the resources of the Seattle Police Department (resulting in dangerously low staffing levels after more than 400 well-trained officers fled the department) and pro-criminal legislation passed by the Democrats in the Washington State Legislature (which has allowed many habitual criminals to remain free).  Seattle Mayor Bruce Harrell said the solution to the previous failure of liberal public safety policies is to propose more liberal public safety policies. The mayor wants more gun restrictions and to provide taxpayer funding to “community groups” (i.e., liberal special interest groups) who are unproven at reducing crime. (KOMO News)

Despite the state’s restrictions on guns, a criminal with a very long list of convictions was easily able to illegally obtain a handgun and use it in a drive-by shooting in Bellingham last Wednesday.  With 14 felony convictions in 18 years, a prisoner out on probation was arrested last week for shooting a gun in a crowded area in Birch Bay.  The Whatcom County Sheriff Bill Elfo said the suspect Shawn Noisey’s previous felonies did not qualify him to be locked up for life under the state’s “Three strikes” penalty. Remember, at the start of the 2022 legislative session, Democratic Representatives Tarra Simmons (Bremerton) and David Hackney (Seattle) sponsored a bill to reduce the penalty for those convicted of a drive-by shooting. The bill was so extreme Democrat House Speaker Laurie Jinkins said the bill would not receive any hearing in an election year where Democrats were criticized for the previous pro-criminal votes.  But if they keep control of the Legislature, this might be a bill the Democrats will consider in 2023. (MyNorthwest and FOX News)

A group supporting an initiative to increase the minimum wage to $18.00 in Tukwila says they have enough signatures to qualify for the November ballot. The backers hope to have the home of Southcenter Mall and hundreds of other retailers who pay much of their workforce minimum wage join Seattle and Sea-Tac to pay a higher wage than the rest of the state.  While some workers will be paid a higher amount, studies have shown that increasing the minimum wage often forces employers to reduce hours for workers and close businesses in lower-income neighborhoods due to local consumers’ inability to afford the product. (MyNorthwest)

Wealthy urban environmental groups, which usually fundraise over their battles with big corporations and governments, can now fundraise over their confrontations with other wealthy urban environmental groups.   Environmental groups that promote solar and wind energy and those who seek to preserve wildlife habitats are now involved in several conflicts over the placement of large “clean energy” farms in Eastern Washington.  The Seattle Times described the battle over the proposed 2,274-acre solar farm on Badger Mountain (just east of East Wenatchee) by the Avangrid Renewables corporation. While solar power advocates want to build the 200-megawatt project, habitat groups are more concerned about the development’s impact on the greater sage grouse, which is listed as an endangered species by the state.

Currently, approximately 40 clean energy projects are planned in Washington State, taking up nearly 80,000 acres (equivalent to the size of Seattle and Bellevue combined). Nearly all are in Central and Eastern Washington. Much of the power generated from these projects will be delivered to consumers in the Puget Sound region. (Seattle Times) Shift’s Newsmaker Interview is with Chad Magendanz, GOP House candidate in the 5th Legislative District (Issaquah, Maple Valley, East Renton Highlands, and East King County) who is challenging two-term incumbent Democrat Representative Lisa Callan.  Many readers will recall Magendanz’s previous service in the legislature from 2013 to 2017  before he ran for the 5th LD Senate seat and barely lost by just 500 votes.  Magendanz is a U.S. Navy veteran, former Microsoft software developer, and is currently a high school computer science teacher.  Education issues have been important to Magendanz as he was formally the president of the Issaquah School Board and was the Ranking Republican on the House Education Committee.  In his interview Magendanz discusses education, what taxes he would cut, repairing the damage the Democrats have caused with their drug legalization and anti-police bills, repealing Long-Term Care, ending the state’s attempt to socially engineer residents out of their cars by actually causing congestion, and he provides a fun selection for his favorite book.  (Click to read full Newsmaker Interview)

Overhead on the Interwebs...