Kshama Sawant announced in an email to supporters that she is using her January 16th inauguration to kick off “Tax Amazon 2020.”  Apparently, the hypocrisy of the Sawant 2019 campaign relying on Amazon.com for numerous purchases is lost on the socialist councilmember.  As Shift revealed last year, Sawant’s campaign bought many office products from the Seattle retailer. (The campaign stopped using Amazon once it was publicly embarrassed for its hypocrisy). Sawant also revealed that the president of an out-of-state special interest group (Flight Attendants Union) “will swear me in.” Seems fitting since Sawant campaign broke records for contributions a Seattle council candidate received from outside Washington. (Sawant email and Shift)

In yet another example of government regulation being the primary contributor to the region’s housing crisis, many believe drastic reform is needed to the State Environmental Policy Act (SEPA).  Even some liberal lawmakers see the flaws in this long-standing act and believe SEPA duplicates other government regulations and its appeals process often causes long unnecessary delays.  The result is fewer housing units on the market. (Crosscut)

Many of the 200 “pre-filed” bills for the upcoming legislative session revolve around education.  The legislative proposals include allowing some parents who have completed their sentences for felony convictions to volunteer in schools, increasing access to “dual-credit” courses, and providing free feminine hygiene products to students. (News Tribune)

Reduction of timber sales from state lands will negatively impact private employers, small communities, and tax revenues for education and social services.  As reported yesterday, Skagit and three other counties filed a lawsuit against the Washington State Department of Natural Resources (DNR) over its recent decision to reduce timber harvest in Western Washington.  Some of the reduction is due to the protection plan for the marbled murrelet which locked out 175,000 acres of DNR lands to timber harvesting. (Everett Herald)

An attorney who was arrested on DUI charges in November, no longer works for the Washington Attorney General’s Office.  Jason Ruyf was a state employee when he acted belligerent while having his blood drawn to check his blood alcohol levels, after he had previously refused a breathalyzer test.  It is not known if Ruyf resigned or was fired. (MyNorthwest)

Those living in a homeless encampment in Tacoma’s People’s Park were given a 72-hour notice to vacate last Friday.   Yet, as of Monday evening, tents had yet to be taken down.  The city stated on Monday that it will be closing the park for a week, starting Tuesday evening to remove any structures and to clean up any hazardous material.  The city has constructed a nearby “small house” village that can house up to 35 individuals. (News Tribune)

Sound Transit continues to be criticized for issuing formal warnings to students who used public transportation on the way to their first day of school last September. After a teacher’s tweet showed fare enforcement officers handing out warnings to students, who had yet to obtain their free Orca card to pay their fares, Sound Transit officials went into spin control.  Sound Transit CEO Peter Rogoff stated officers only handed out “informal warnings.”  Yet records show that many students received “formal warnings” and thus are subject to fines with another infraction.  (C is for Crank)

New Spokane Mayor Nadine Woodward attended her first city council meeting since being sworn in and stated she plans to take part in as many council meetings as possible.  At the meeting, the council approved several key staff members in Woodward’s administration, many of who had worked for previous mayor David Condon. (KREM-TV)

Owner of the 59er Diners in Leavenworth and Cashmere believes the government mandated minimum wage increase will cost him $40,000.  Joe Canatta said he has already increased menu prices a couple of times due to state minimum wage raises.  Canatta worries that the wage increases (which also impact his suppliers) will make his food too expensive for people to stop at his diners. (iFIBER One) 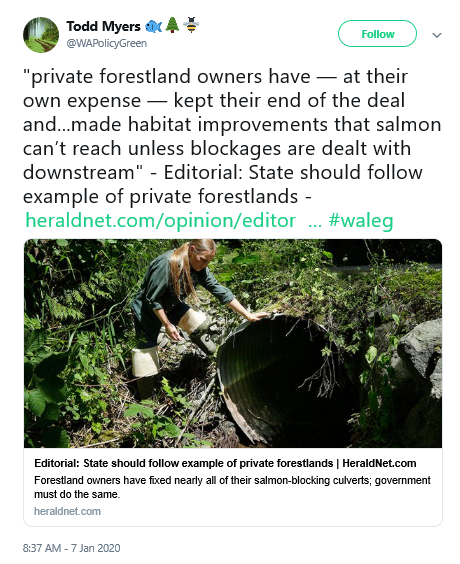 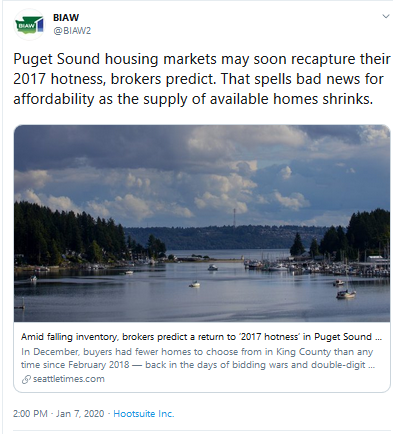