Government regulations continue to make it more expensive to live in Seattle. 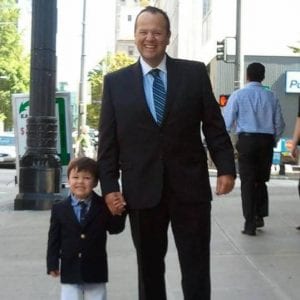 In honor of a friend of all of us at Shift, Hunter Goodman, we would like to encourage Shift readers to consider participating in a blood drive being organized by his son Grayson and a classmate.  Hunter worked for Rob McKenna for many years, at King County and later the Attorney General’s Office, before becoming the Secretary of the Senate – so the start of the legislative session meant he was in his element.  He was one of the nicest people in Washington politics, and all who knew him were saddened by his untimely passing in April of 2019, after a long battle with cancer.  To participate in Grayson’s blood drive, click on this link to make an appointment before January 31st with Bloodworks NW.  When you check in to give blood, give the code “SHS” so Grayson and his friend Jake are given credit for encouraging your donation. Thank you! (Grayson and Jake’s Blood Drive) 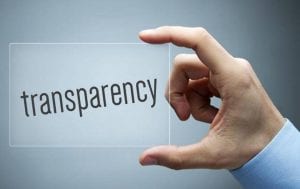 Republican lawmakers are concerned about the lack of transparency in the rules the Democrats have adopted for the 2021 “virtual” legislative session.  One of the new rules allows the majority Democrats to eliminate public hearings on bills in the Senate. (Shift Quick Takes)

The four caucus leaders of the Washington State Legislature sent Governor Jay Inslee a letter saying his immunization plan was “unacceptable.”  The Republican and Democrat leaders were mostly concerned that the plan would keep many school districts closed to in-person instruction for the remainder of the school year.  Inslee’s actions are leading many to believe the governor is not as supportive as he publicly claims he is regarding reopening schools. (Shift Quick Take)

House Republican Leader J.T. Wilcox was on KONA Radio, and was asked to elaborate on his comments on political violence that he made during Monday’s legislative opening session ceremonies.  Wilcox alluded to the hypocrisy of many Democrat officials who were quick to denounce the violence committed by Trump supporters last week, after being silent about the rampant violence that liberal activists committed in Seattle last summer, by saying, “We have been watching violence from all sides in our cities, our capitals, sometimes in our small towns for a year.  There has been an uneven reaction to the violence.  It doesn’t matter which side it is on. It is going to be responded to with even worse violence.  I am really tired honestly because I have gone out of my way to denounce it when it comes from the Right.  It needs to be denounced every time, whether you are on the Right or the Left or if it is being perpetrated by the Right or the Left.” (KONA Radio/Washington House Republican Caucus)

While Washington State gyms and fitness centers are finally allowed to reopen again, many operators say the current guidelines are too restrictive and make it extremely difficult to stay in business.  Under Governor Inslee’s latest random orders, gyms are allowed to open, but only one person per room (or per 500 square feet) and by appointment only.  Gym owners have suffered through two closures of their facilities in the past 10 months, with the latest one lasting eight weeks over the lucrative holiday season.  Gyms say they need to be able to operate at either 25% or 50% capacity in order to break even.  They also state that their customers around the country have adapted to stringent health guidelines while working out.  A spokesperson for 24 Hour Fitness states, “We’ve had over 15 million check-ins across the country since June, and have yet to have a COVID breakout or case that is contact-traced back to our club.” Wonder if that qualifies as “science” to Jay Inslee? (Seattle Times)

Senator Phil Fortunato (R – Auburn) has introduced a bill placing a term limit on the Washington Governor.  SJR 8202 would place a two-term limit on the office.  The bill does not place limits on any other elected Executive Branch or Legislative offices. (SJR 8202)

Jason Mercier of the Washington Policy Center notes an odd aspect of Governor Inslee’s state income tax  proposal (starting with capital gains).  While the measure includes an emergency clause preventing it to be subject to a citizen referendum (because the governor says it is necessary for COVID-19 relief), the first collection of the tax will not take place until April 17th … of 2023. Inslee must be very confident in his management of the pandemic’s impacts, as he is counting on the need for pandemic relief requiring emergency legislation — two years from now. (Fiscal Note on SB 5096)

Seattle residents have experienced a substantial increase in Uber and Lyft fares since the beginning of the year, as ride-share companies begin to adhere to latest City of Seattle shakedown of their industry.  As liberal politicians continue toward their goal of setting the appropriate wages for every profession, Uber has increased its Seattle fares by 24%, and has stated the company will increase fares 50% by April, in order to pay for the new wage regulations set by Seattle Mayor Jenny Durkan.  Yet anyone who has taken an Economics 101 class will know that these punitive regulations will reduce the number of people purchasing ride shares, and thus reduce the number of customers available for ride-share drivers.  Also, this will not impact those who drive BMWs and large SUVs, but it will take even more money from people who cannot afford a car or have health problems and are unable to operate a vehicle.  It is one of the many City of Seattle measures which make it more expensive to live in Seattle and more appealing to live in neighboring, less hostile  communities. (Geekwire)

As the cost of living continues to increase in Seattle, more renters are looking to live in surrounding communities with lower rents.  Besides Seattle becoming a physically less attractive place to live due to chronic homelessness and rising crime, many are also taking advantage of employers making it easier to work from home and avoid the big city. (Bellevue Reporter)

If you want to improve the environment, writes Todd Myers of the Washington Policy Center, just look at Sound Transit’s announcement of over $5 billion in cost-overruns in its voter-approved light-rail plans, and consider how that money could have been used fighting climate change.  Among the better uses for this $5 billion is that it could have been used to meet all of Washington State’s CO2 reduction goals (which Governor Inslee’s “climate” policies are currently dramatically failing to meet) between 2020 and 2034, and fix King County’s failing sewer system.  The $5 billion could also pay for 57 years’ worth of salmon recovery and habitat restoration. Or, it could just be the (runaway) cost of doing business at the notoriously poorly managed boondoggle known as Sound Transit. (Washington Policy Center)

Representative Brad Hawkins (R – East Wenatchee) describes a new methods used by the Douglas County Public Utility District (PUD) to produce and sell renewable hydrogen.  The process that the PUD utilizes takes annual surplus hydropower that occurs during the Spring snowmelt and uses the electricity to separate hydrogen and oxygen in water.  The result is a hydrogen gas that can be used as a clean power source.  Hawkins has proposed legislation to extend the state’s current 50% sales tax reduction for electric cars to vehicles that use hydrogen fuel cells and do not produce carbon emissions. (Wenatchee World)

The President of the Pasco Education Association (PAE) claimed that reopening schools to in-person instruction is an example of “white supremacy”, and that school board members listening to parents’ concerns is equivalent to breaking into the U.S. Capitol.  The union President Scott Wilson made these outlandish comments in prepared remarks during the Pasco School Board’s virtual meeting earlier this week.  Wilson also stated that parents who were concerned about suicide rate of children were displaying “white privilege.”  Despite near universal support from health and medical experts to return young students to in-person instruction, the PAE supports total remote learning for elementary students.  It is interesting that while some liberal activists are demanding the head of the Seattle Police Guild to resign over their disagreements with his recent comments, they have remained quiet over these controversial remarks made by the head of the Pasco teachers’ union. (MyNorthwest and Seattle Times)

A Wenatchee High School Senior conducted an online survey of regional students to obtain a better understanding of the physical and mental impacts of being away from in-person instruction.  Kamryn Fowler said she was surprised by the responses, which showed many students were experiencing an increase in domestic violence and drug use.  (Wenatchee World) 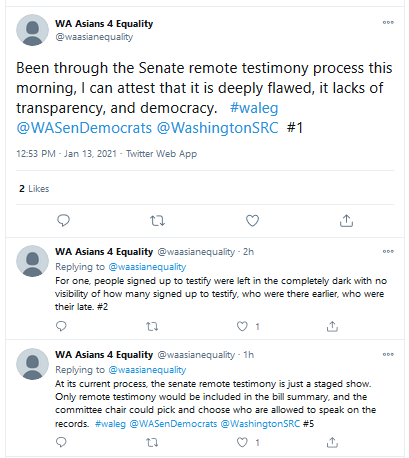