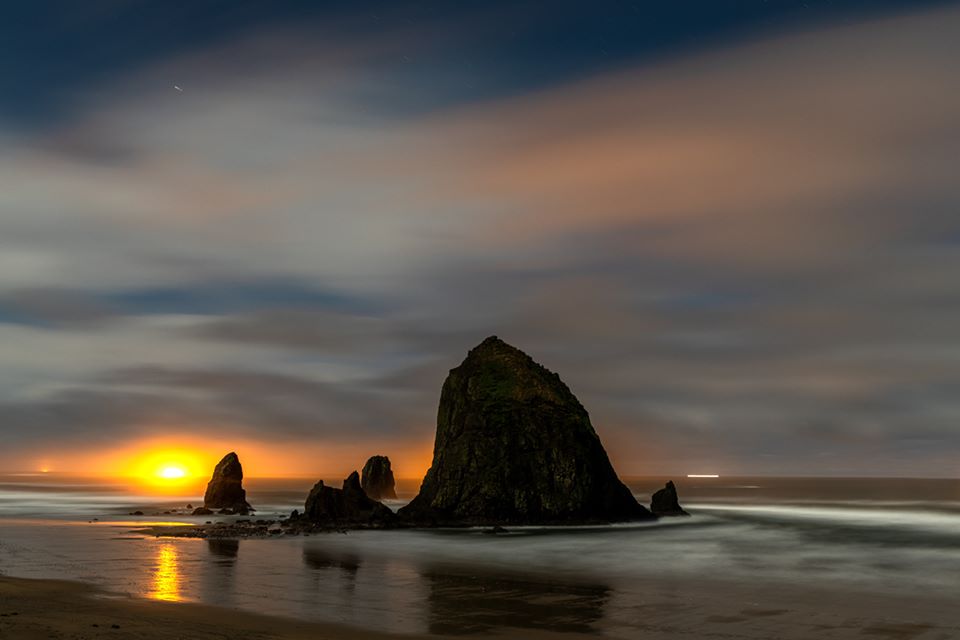 In case you missed last Friday’s Newsmaker Interview, we posed a few questions to the 2020 Roanoke Conference’s featured speaker Alexandra DeSanctis.  The National Review commentator shared her thoughts on Hollywood, Family Leave, and being a pro-life woman. DeSanctis will speak during the Saturday evening program at the January 24-26 conference in Ocean Shores. (Shift)

Responding to whether the I-976 vote impacted his decision not to raise taxes and instead chose to take revenue from the state’s “rainy day fund” to pay for his $300 million homeless proposal, Governor Jay Inslee provided a very (typically) confusing answer.  The Governor said, “No, it’s just that taxes are not the end, they’re a means to the end. And we found ways to accomplish our goals without the necessity of them. It’s because we found a way to finance the services that we think Washingtonians need and want, without proposing new taxes. It’s pretty simple.” (Seattle Times)

The media is filled with stories about Rep. Laurie Jinkins (D-Tacoma) becoming Washington State’s first woman Speaker of the House.  Yet most stories fail to mention the it took the Democrat House members 39 years to do what the Senate Republicans accomplished in 1981 when Senator Jeannette Hayner (R-Walla Walla) became the Senate Majority Leader. (Seattle Times and Legacy Washington).

The 2020 Legislative session began today with primary focus on transportation funding (due to possible the impacts of voters approving I-976), homelessness, and Representative Matt Shea.  Not surprisingly, Democrat leadership and liberal media members are attempting to sweep under the rug Senator Mona Das’ (D-Kent) statements last year regarding the Senate Democrat caucus being sexist and racist.  Senator Das has not apologized for her comments, or been held accountable by her Democrat colleagues. (Everett Herald and Kent Reporter)

A poll shows that 72% of Washington residents favor a ban on local income taxes.  This sentiment was expressed by registered voters across party lines throughout the state.  Even in very liberal Seattle, 49% are against a local income tax while only 43% favored.  The poll was conducted by the Washington Policy Center.  A spokesperson summed up the poll’s findings, “Washingtonians do not want an income tax and the only people who fail to understand that seem to be some lawmakers in Olympia.” (Washington Policy Center)

Senator Kevin Van De Wege (D-Sequim) says he plans to introduce legislation to place the state’s judicial branch under the Washington Public Records Act.  Since much of the state’s judicial system is dominated by liberal judges, it will be interesting to see if Democrat leadership support Van De Wege’s legislation, which is clearly a spiteful attempt to get back at the judges who ruled that the public should have access to the records of state legislators. (Peninsula Daily News)

The Seattle Weekly reported on the recent study that concluded that Washington State underproduced 225,000 housing units since 200,000 and this is the cause for the lack of affordable housing in the state.  Yet not until the end of the article is the common sense (non-progressive) solution to this problem mentioned.  “The state could additionally look at reducing barriers to development, such as streamlining its permitting processes and mitigating sales tax requirements for developers. (Republican Senator Hans) Zeiger said production costs need to be driven down by at least 25 percent for housing to be affordable across the board. The state could use funds to reimburse local governments that provide tax breaks.” So, gee, are liberal public policy failures part of the reason we lack enough affordable housing? (Seattle Weekly)

A criminal who is in the United States illegally yet shielded for deportation due to the sanctuary policies of Governor Jay Inslee and King County Executive Dow Constantine, has been accused in another violent act.  Carlos Carillo-Lopez is currently awaiting trial for his involvement in a brutal murder in Bellevue.  Now he has been charged in the shooting of an Everett man the same evening.  Carillo-Lopez had been detained by local law enforcement prior to these crimes but Immigration and Customs Enforcement (ICE) were not informed. Current Washington State and King County policies restrict the information local law enforcement can share with ICE regarding the location of known illegal immigrants. (Everett Herald and Washington Times)

New Puyallup Mayor Julie Door’s priorities include building a new public safety building, revitalizing the city’s downtown core, and attacking the causes of homelessness.  The Mayor also seeks to unite the community and hopes people understand that healthy debate does not need to be divisive. (News Tribune)

A growing battle is growing between beef producers and those who provide “alternative protein.”  This is occurring as more plant-based products are coming onto the market.  The Cattlemen’s Association is claiming its product is better for the environment and that much of the land used for grazing is not suitable for crop production.  Cattlemen are seeking food packaging regulations that would require plant-based products include the word “imitation.”  (Washington AG Network)

By the end of the month, the City of Spokane will have information on-line that provides details on available bed space for those who are homeless.  The daily report will be available after the 9:00 PM check-in at most city shelters. The hope is that this information, previously available only to police officers, will relieve some public confusion regarding the location of available bed space.  (Inlander)

“Tumblegeddon” has impacted Southeast Washington during the past couple of weeks.  First in the Tri-Cities region, and now in the Walla Walla area, large amounts of tumbleweeds have been blown together and caused closure of several roadways.  (Walla Walla Union Bulletin) 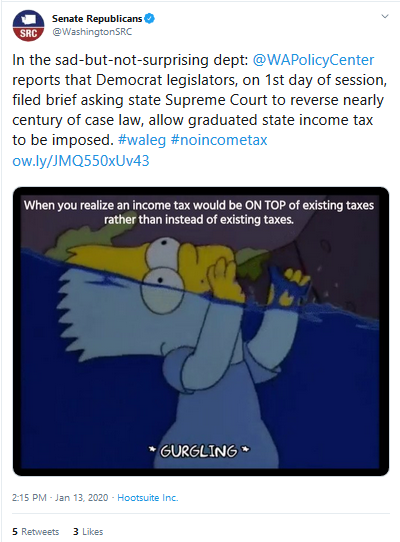 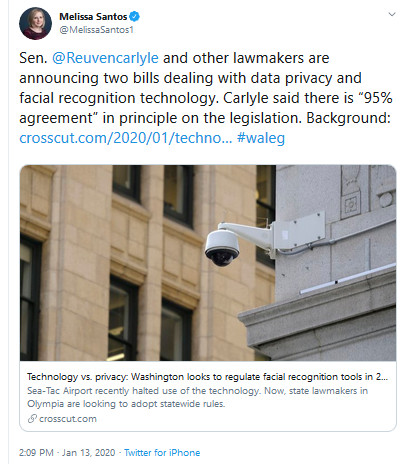