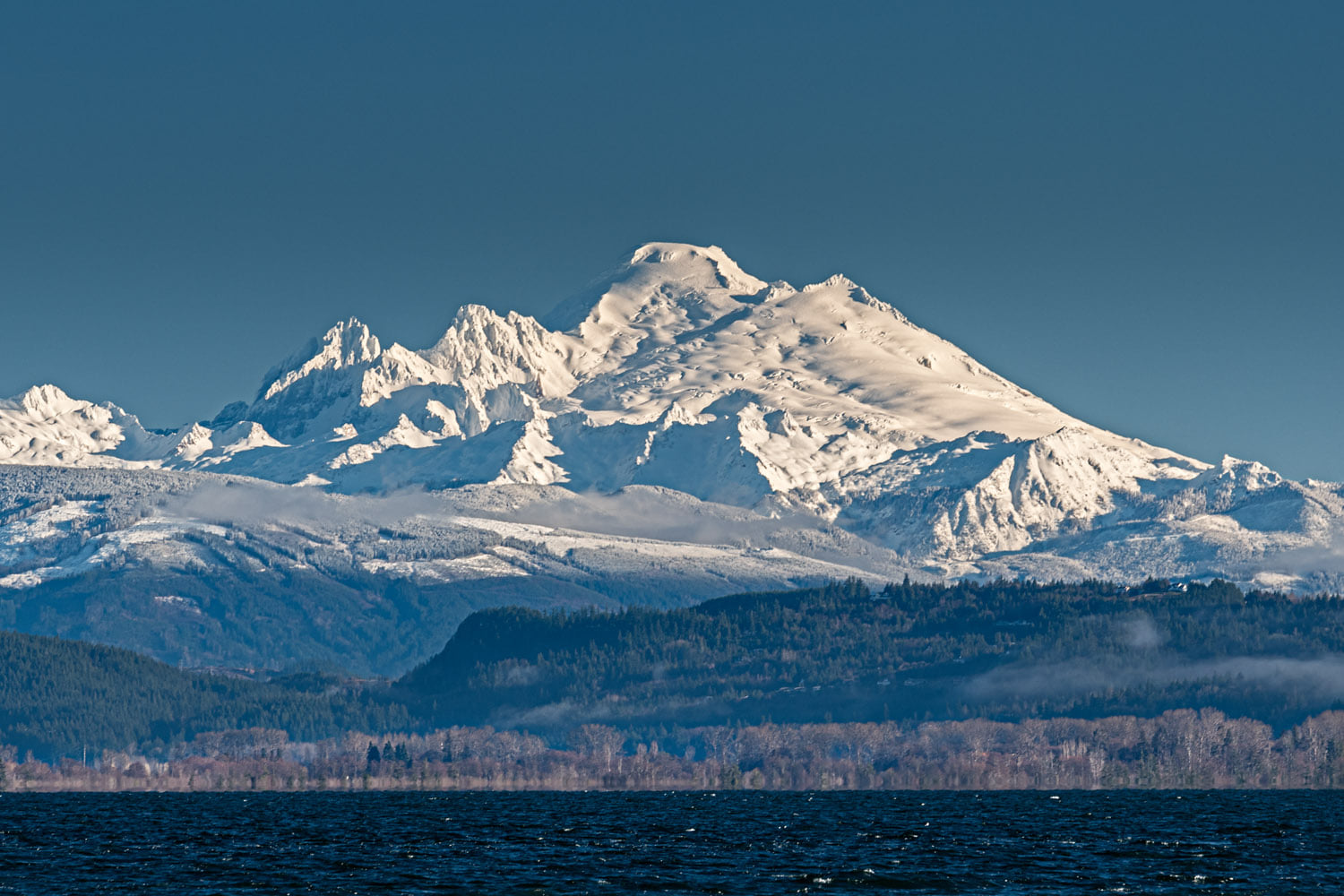 Rapid testing for COVID-19 in school settings has shown once again that the teachers union’s stance on returning to school is not based on science, but on power. While many local teachers unions have demanded that all the staff be immunized before reopening schools, most schools which have reopened have not experienced any outbreaks.  The White River School District is conducting in-person instruction for 85% of its students, and its on-site rapid testing has found that “that COVID-19 doesn’t spread readily in a school setting.” In fact, some school officials now believe testing should be stopped because the costs outweigh the benefits. (Seattle Times)

A Democrat state senator has killed bi-partisan legislation which would have reopened schools in areas with low COVID-19 infection rates.  Senator Lisa Wellman (D – Mercer Island) is the Chair of the Senate Early Learning and K-12 Education Committee, and on behalf of her campaign contributors at the Washington Education Association (WEA), she killed bill SB 5037 which aimed to set scientific metrics for determining when Washington schools should reopen (as opposed to the current plan which effectively allows teachers unions to decide when in-person instruction can occur).  Many parents testified in favor of the legislation before Senator Wellman decided that no further action would be taken on the proposal.  To help understand why the senator would shut down bipartisan legislation supported by parents, it is helpful to look at Wellman’s Public Disclosure Commission reports (her 2016 and 2020 reports are linked here).  We see that the WEA (along with its friends in other state employee unions) always provide the maximum amount to Wellman’s campaigns, and also pours thousands of dollars into independent expenditures that support Wellman.  While scientific data and public health experts nearly unanimously agree that schools should reopen, and parents are pleading to have children return to in-person instruction, seemingly Democrat legislators are only willing to do what their financial backers at the WEA allow them to do. (Washington Policy Center, Washington Legislature Bill Summary, and Washington State Public Disclosure Commission)

The Walla Walla Union Bulletin says “the economic cost is too high” for Governor Inslee’s Low Carbon Fuel Standard (LCFS).  In an editorial, the newspaper reiterated the facts that the expensive LCFS would add 57 – 63 cents to a gallon of gas (on top of one of the highest gas taxes in the country) and that it would place Washington State farmers at a serious competitive disadvantage. The financial impact of the governor’s special interest bill would be felt the hardest by those who are currently facing financial difficulties.  An LCFS would not only increase the cost of gas, as it would also increase the price of all goods due to higher transportation costs. (Walla Walla Union-Bulletin)

Due to Democrat legislators previously removing second-degree robbery from the felonies included in the “Three Strikes” laws, the Washington State Supreme Court has retroactively allowed the adjustment of the life sentence of one imprisoned criminal, and others may soon  go that route as well.  Currently there are 64 individuals serving life sentences due to committing second-degree robbery as one of their three criminal offenses. The court’s decision will allow one “Three Strikes” prisoner’s life sentence to be reduced, likely down to 24 years.  It opens the door to the remaining prisoners to also have their sentences reduced. (Seattle Times)

Smaller Western Washington counties continue to blast Governor Inslee’s unscientific method for reopening the state’s economy.  Many county elected and public health officials complain that the governor’s plan is more dependent on trends than on the actual number of cases.  Under the governor’s random “plan”, a county could move forward if its number of cases dropped from 1000 to 900 in the last week, while a county that went from 1 case to 2 would be held back.  Jefferson County Commissioner Greg Brotherton said, “the new roadmap to recovery is frustrating in that the decisions don’t seem to match the actual numbers.” (KOMO News)

In the latest example of expensive liberal climate policies failing to meet their promised goals, the City of Seattle’s “green buildings” program wastes government resources and barely reduces greenhouse gases.  Under the city’s 2018 Climate Action Plan, new city-owned buildings (which cost more to construct than previous “non-green buildings”) are required to meet Leadership in Energy and Environmental Design (LEED) standards. Yet a new independent study finds that the 50 buildings that meet LEED standards in Seattle only reduce greenhouse gases by 5%.  This amounts to 5,720 metric tons of emissions.  When we consider Seattle City Light spends just $7 per metric ton to reduce methane, the city could have spent $40,040 to offset emissions and received the same climate benefit. But why bother, when it isn’t their own money they would be saving – it’s just from the taxpayers. (Washington Policy Center)

Q13’s Brandi Kruse spoke about the hypocrisy of Socialist Seattle Councilmember Kshama Sawant demanding a faster response from the Seattle Police Department as it’s currently investigating an email threat the councilmember has received.  Sawant has been vocal about cutting the Seattle Police Department’s budget in half, is now asking for the same department to expedite the investigation of her situation.  Kruse states, “Sawant is far from being the only crime victim in Seattle who feels their case needs more attention. Perhaps she should think long and hard about that as she pushes to get rid of the very officers she is now turning to for help.” (Q13’s The Divide on Facebook)

Even liberal Seattle Times columnist Danny Westneat takes a shot at Seattle’s city officials (and Governor Jay Inslee) for failing to support businesses during the COVID-19.  Specifically, Westneat wrote about the very random $4 an hour “hazard” pay the city council determined should be given to grocery workers, which has resulted in yet another expensive lawsuit funded by taxpayers.  Westneat graded state and local elected officials harshly, writing , “as to working creatively with the state’s businesses to keep the economy running, they don’t even get a grade. They’re marked absent for barely trying.” (Seattle Times)

Those of us at Shift were saddened to hear of the passing of former Bellevue City Councilman and Mayor Don Davidson this weekend.   “Dr. D” served during a time of great change on the Eastside, as Bellevue grew from a commuter community into a prominent city with its own unique identity.  Dr. Davidson provided honest and thoughtful leadership during this time and his work on his trademark priorities – from water quality, to salmon recovery, to fiscal responsibility – will long be remembered.

The King County Prosecutor has now filed charges against 30 people involved in the riots in Bellevue last Spring.  Most are charged with either destruction of property or theft of store merchandise. The violence from liberal activists occurred on May 31st and took place primarily at Bellevue Square and The Bravern.  (Bellevue Reporter)

Central Washington legislators say that Governor Inslee’s unscientific advancement of Puget Sound urban counties to Phase 2 (while keeping more rural counties with much lower COVID-19 numbers in Phase 1), is a strong argument for the passage of SB 5114 to reform the governor’s emergency powers.  Representative Alex Ybarra (R – Quincy) said the decision by Governor Inslee “looks a bit like partisan politics.” Senator Judy Warnick (R – Moses Lake) was upset by the randomness of the governor’s actions. “Having been shut out of this entire process for a year, it’s past time the Legislature weigh in on these decisions with science and facts.” (Columbia Basin Herald)

The Fred Meyer Stores in Ellensburg and East Wenatchee are paying their employees an extra $100, plus additional bonuses, if they obtain their COVID-19 vaccination shots.  If there are reasons why they cannot be immunized, the employee can earn the same benefits by completing a heath education class. (iFIBER One) 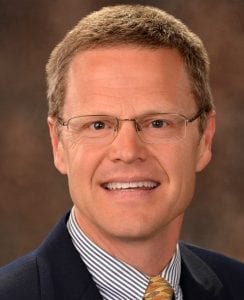 Last week’s Newsmaker Interview was with John Stuhlmiller, the Chief Executive Officer of the Washington State Farm Bureau. Stuhlmiller describes the impact which COVID-19 and Governor Jay Inslee’s emergency orders have had on family farms and the food processing industry.  He also explains how the governor’s Low Carbon Fuel Standard proposal would negatively impact Washington State’s agriculture industry (higher food prices, and less revenue for the farmers).  Finally, Stuhlmiller relates the challenges the agriculture community has in explaining to urban legislators the impacts of government actions on farmers. (Click to read Shift’s Newsmaker Interview) 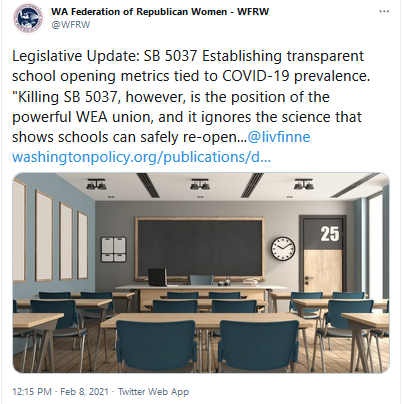 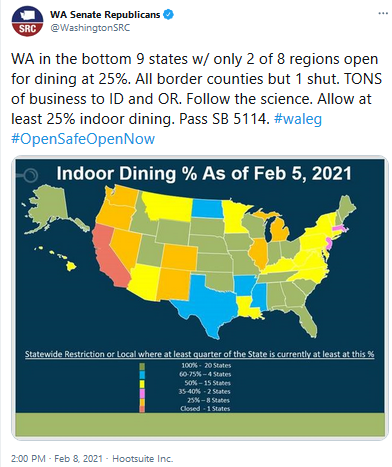