More bad polling news for Governor Jay Inslee as he shirks his job responsibilities to self-promote himself in Washington, D.C.

This week’s Newsmaker Interview is with Senator Hans Zeiger (R-Puyallup), a rising star in the Republican Party.  During this hectic week in Olympia, Zeiger shares his thoughts on how to solve the homeless crisis, election security, and on how being an Eagle Scout prepared him for public service.  (Shift)

Another poll shows the obvious – Washington voters have a low opinion of Governor Jay Inslee.  A King 5/Survey USA poll shows the governor’s approval ratings at just 41% with Washington State voters (7% below current national approval ratings for embattled President Donald Trump).   Also, 48% of Independent voters disapprove (only 29% approve) of the job the governor is doing.  One likely reason for the very poor numbers for a seven-year incumbent is Inslee’s failed presidential campaign, during which Inslee foolishly charged the state taxpayers for millions of dollars in extra, out-of-state security costs. Inslee also started his presidential campaign in the middle of the 2019 legislative session, providing the public with the legitimate belief that Inslee cared more about his career than the needs of state he was being paid to govern.  Inslee continues to feed that belief this week by leaving Olympia during a crucial legislative week to fly to Washington, D.C., to show up early to the National Governor Association meetings (he left the state earlier this week even though the meetings don’t start until tonight). The assumption is that Inslee was in town early to help promote himself for a job in a potential Democrat administration. (KING 5/Survey USA)

To protect their financial backers in government unions, reward their friends in the media, and discriminate against conservatives, state legislative Democrats have cut a deal to allow access of public information to a select few individuals.  Liberal Democrats have been working to help their financial backers in the state government unions by denying conservative groups (like the Freedom Foundation) access to “date-of-birth” information used to identify union members.  The Freedom Foundation uses this information to find home addresses so it can mail materials to union members informing them of their right to quit the union and stop paying expensive dues (the money unions use to help elect Democrats and support liberal organizations). The House State Government and Tribal Relations Committee has cut a back-room deal with their media friends and amended HB 1888 (a bill to limit access to public employees’ date-of-birth information). The deal allows members of the media access to the information while denying members of the public the same access.  Even though this amended bill goes against state law (RCW 42.56.080, which clearly states, “Agencies shall not distinguish among persons requesting records”), there also appears to be a simple way around this political roadblock.  Since the RCW defines the “news media” as “any entity that is in the regular business of news gathering and disseminating news or information to the public,” then shouldn’t the Freedom Foundation already qualify as a “news media” outlet due to its regular email updates to the public? If it does not, then we at Shift surely fit the definition and we will be happy to accommodate requests from the public to obtain information only available to media members. (The Olympian, Washington Legislature Bill Summary, and the Revised Code of Washington)

Senator Lisa Wellman appears to be blocking a bipartisan bill that provides education funding for special needs and foster care children.  Wellman is the Chair of the Senate’s Early Learning and K-12 Education Committee and is under the tight control of the Washington Education Association (WEA).  With today’s deadline for bills to pass through committee, Wellman appears content to allow SB 6520 to die without a committee vote.  The bill provides special needs and foster children with funding that the families could use for tutors, on-line instruction, and private schools.  Wellman seems to be killing this bill to help her friends at the WEA, who don’t receive union dues from tutors, on-line educators, and private school teachers.  It appears that providing educational opportunities to special needs children is less important to Sen. Wellman than keeping the union bosses at the WEA happy. (Washington Policy Center and Washington Legislature Bill Summary)

Former House Republican Leader Rep. Richard DeBolt (R-Chehalis) announced on the House floor that he will not seek re-election this fall.  DeBolt was first elected to the House in 1996. Current Centralia City Councilmember and former Political Director for the Washington State Republican Party, Peter J. Abbarno, has announced that he will run for the position. (Longview Daily News)

Noted Seattle Chef Matt Dillon has decided to close his Bar Ferdinand citing “Seattle economics” as the cause.   Just a few weeks ago Dillon had also closed his Sitka and Spruce restaurant.  Even though this article only mentions the cost of leasing the space, in the past Dillon has noted that high labor and tax costs are impediments to running a successful restaurant in Seattle. (Seattle Times)

The Washington Wheat Growers Association members have brought their argument to save the Snake River dams to both Washington, D.C. and Olympia in the past month.  The dams are not only important for power generation, but also for providing the transportation route to foreign markets on the Snake and Columbia rivers for Washington’s in-demand wheat. (Washington AG News)

The Tri-City Herald has called on Benton County Sheriff Jerry Hatcher to resign.  Recently the county’s deputy sheriffs sent a letter to Hatcher calling him “a tyrant.” Recently Benton County Commissioner Jerome Delvin called Hatcher “a disgrace” and that he was “tired of dealing with him.” (Tri-City Herald) 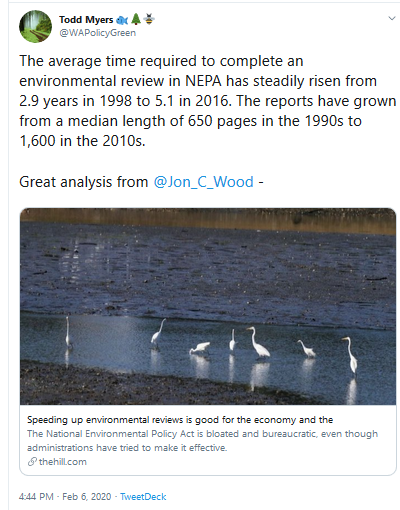 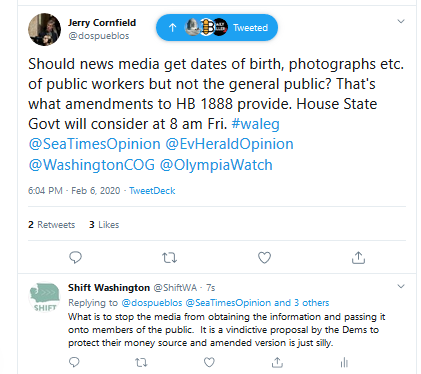