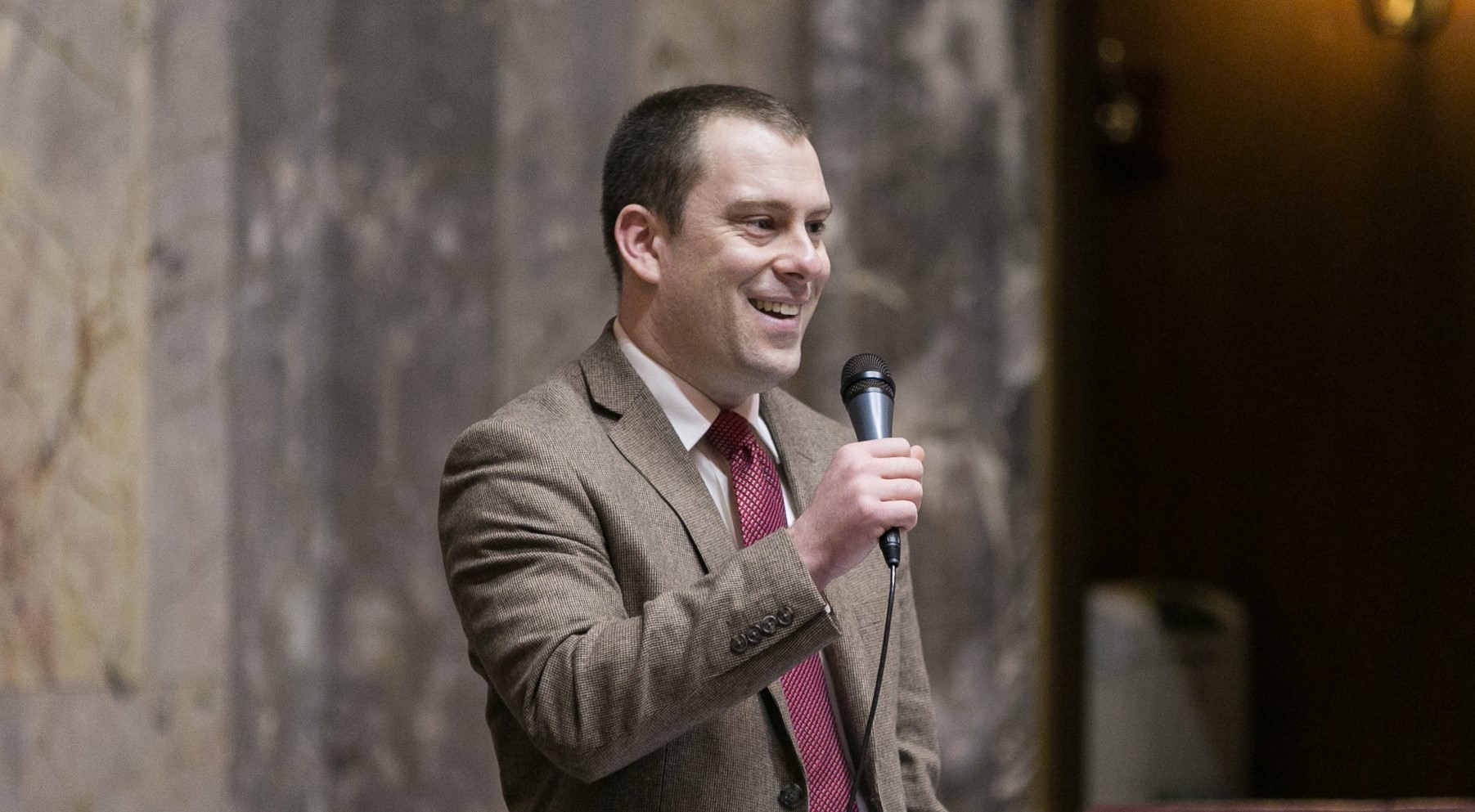 This week’s Newsmaker Interview is with a rising star within the Republican party, Senator Hans Zeiger (R-Puyallup).  A native of Puyallup, Zeiger was first elected to the Washington House of Representatives in 2010 at the age of 25. In 2016 Zeiger was elected to the state Senate.

In our interview, Zeiger shares his views on helping the homeless, election security, and how being an Eagle Scout has prepared him for public service.

You have long been an advocate for finding solutions to poverty.  What is the state currently not doing that could provide more opportunities for those stuck in difficult financial situations?

One of the things we should do in the legislature to help lift people out of poverty is to pass legislation making it easier for people experiencing homelessness to get into a job that provides a pathway to self-sufficiency. Many homeless individuals face barriers to employment but are eager to get back into the workforce. For some, it may be a criminal record that has kept them from a job. For others, it may be the sheer difficulty of getting in for a job interview, or the logistics of applying for a job or proving qualifications when there are gaps in a resume. We should pass Senator John Braun’s Senate Bill 6564 to provide new tax incentives to businesses that hire homeless individuals. In addition, we should pass my Senate Bill 6385 to start and grow city-based jobs programs throughout Washington State. Some of the most inspiring work going on when it comes to lifting people out of homelessness and allowing people to get on a path to self-sufficiency are jobs programs in cities, including Auburn, Tacoma, Seattle, and Vancouver.

You sponsored SB 6412 to bolster election security.  How will the legislation make our elections more secure than they were in 2016?

Washington State is a national leader in election security, thanks to the leadership of Secretary of State Kim Wyman. But there are additional steps we need to take to protect democracy in our state. I am sponsoring Senate Bill 6412 at the request of Secretary Wyman to promote election security in the following ways:

What is your opinion on the Democrats desire to do away with odd year state elections?

We should do everything we can to maintain annual elections. If we eliminate odd-year state elections, our ballots will be extremely lengthy. Moreover, by limiting the frequency of the people’s right to govern by initiative, referendum, and recall, we would be placing significant constraints on the legislative function of government as contained in Article II of the Washington State Constitution.

If you could make one change to current Washington State laws, what would it be and why?

The legislature should pass Senator Steve O’Ban’s Senate Bill 6109 this year. In a time when families and communities desperately need new resources to address mental illness and substance use disorder, SB 6109 would allow family members to petition a court to take guardianship of a relative, giving them the ability to intervene during a behavioral health crisis. Families need this resource now.

What lessons did you learn from being an Eagle Scout that have served you best in the legislature?

Growing up in Troop 174 in my hometown of Puyallup, I learned to value community service. I learned this while turning out for civic events and service projects, and while observing the adult leaders who gave countless hours of their time to our troop. Now, as a legislator, I have the opportunity to make a difference for my community every day. I also get to spend time with incredible community servants who are doing great things in their own way. I am inspired all the time by the families, houses of worship, voluntary organizations, small businesses, and individuals who are giving back to their neighbors, and I am a true believer in the power of community.

We would like to thank Senator Zeiger for his time during a very busy and hectic time in the legislature.  If you would like to contact the Senator you can email him at [email protected]