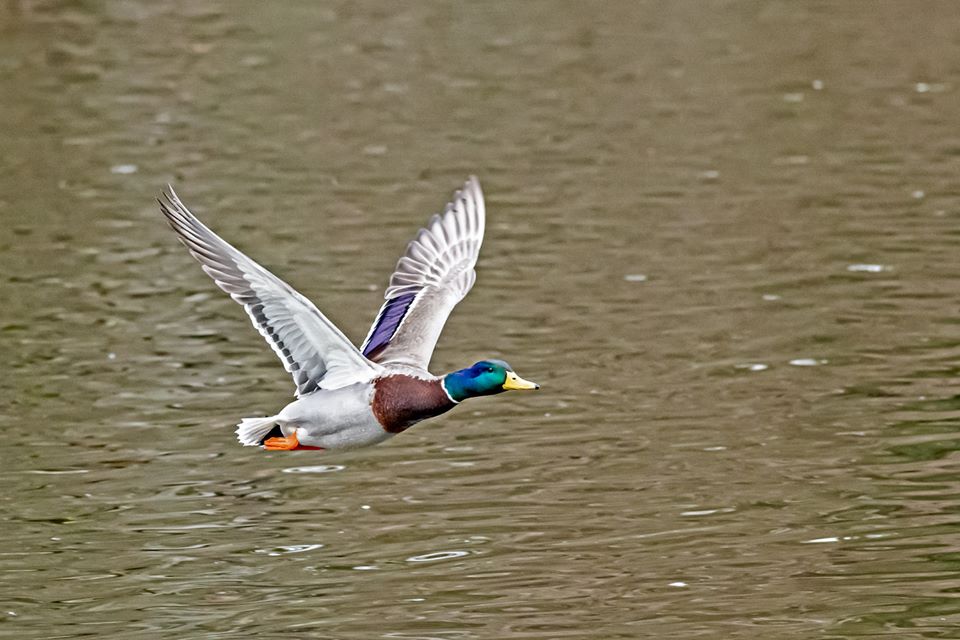 In case you missed last Friday’s Newsmaker Interview, we spoke with SeaTac City Councilmember Peter Kwon to discuss the city’s remarkable financial turnaround. Kwon, who recently received the Slade Gorton Rising Star Award at the Roanoke Conference, details how the city went from $2.5 million in debt to having a $50 million surplus – without raising taxes.  It is truly an incredible story and other local government officials could learn from SeaTac’s success.  (Shift)

18 of the 26 road projects stalled by Governor Jay Inslee due to passage of I-976 are not funded by car tab fees.  A study by the Washington Policy Center finds Inslee is causing unnecessary construction delays by pausing projects which are funded by the gas tax and other non-car tab revenue streams.  It should be noted that of the 18 projects paused, only one is in King County. Appears Inslee is taking the election night advice of Washington Superintendent of Public Instruction Chris Reykdal and using the power of government to punish voters who want to end the endless increases in taxes being pushed by Democrats like Inslee. (Washington Policy Center and Chris Reykdal’s tweet)

The state legislature must vote policy bills out of committee by 5:00 PM this Friday, or the legislation will be dead (maybe) for the session.  Democrats have been working overtime to get their liberal proposals passed by committees before the deadline.  Among the bills being debated in committees this week are Governor Inslee’s Low Carbon Fuel Standard (gas tax with no spending to improve roads), a state-mandated sex education curriculum, another business tax to fund college financial aid, and the elimination of state elections in odd numbered years. (Cornfield Report)

Senator Steve O’Ban (R-University Place) is pushing legislation that would assign a “special guardian” to patients in an effort to reduce the number of mentally ill individuals refusing treatment and ending up in jail  This guardian, often a family member, could make care decisions for those whose illnesses make them incapable, or recognizing they need help.  In stressing the need for his bill, O’Ban stated, “We are losing hundreds, probably thousands, of our young people. They are sons and daughters and they could live lives of dignity, of creativity, and of service. The enormous waste of human potential is tragic.” (News Tribune)

Seattle Department of Transportation is facing a “criminal inquiry” from the federal government over its use of no-bid contracts and increasing payments through amending contracts.  Included in the U.S. Department of Transportation investigation is the outrageously over-budget and past due First Avenue streetcar. Initially the contract was for $1.85 million and today it is $14.3 million.  Because of this cost overrun, Seattle has penalized Uber/Lyft riders by taxing them $0.57 per ride to pay for the city’s failure. (Seattle Times)

On yet other front that demonstrates the Seattle Department of Transportation’s incompetence, a federally commissioned review of the department concluded the city “does not yet have the management capacity and capability to implement a Federal Transit Administration-funded major capital program.” The assessment focused on Seattle seeking $60 million in federal funds for the $121 million RapidRide line from Madison Valley to downtown. It should be noted that the report was delivered to the city in November and it is just now being made public. (Seattle Times)

Seattle will increase parking rates in 30% of the city’s on-street parking areas.  In its annual review of parking meter rates, the city decided to raise its rates in locations where there are normally fewer parking spots available.  The city will not increase the rates in 51% of its areas, and 19% of the city’s meters will have the rates decreased (in low-traffic areas). (MyNorthwest)

In a report to the Metropolitan King County Council, it was shown that low-income neighborhoods have a higher concentration of marijuana stores than higher-income neighborhoods.  The report showed that Skyway, White Center, and North Highline each have three retailers within 1,000 feet of each other.  The report also found there has been a dramatic increase in robberies once a marijuana business has moved into a location.  This is due to the “cash-only” nature of the cannabis business.  The state’s Liquor and Cannabis Board allocated a total of 22 permits for unincorporated King County. (Bellevue Reporter)

In a scathing letter, the Benton County Deputy Sheriff’s Guild said it has “no confidence” in Sheriff Jerry Hatcher and will not support him if he runs for re-election.  Guild members state in their letter to Hatcher and Benton County commissioners, “We can best define you as a Tyrant.  You exercise your power similar to that of an oppressive dictator.” (YakTriNews)

During the 2019 bond campaign for the Yakima West Valley School District, the voters approved one rate, but they are being taxed at a higher rate by the district. The voters approved a rate of $1.50 per $1,000 assessed value, but taxpayers are now finding out the rate they need to pay is $1.77/$1,000.  The complicated reason for the rate increase was due to the board passing a higher budget and no one checking to see if this corresponded with the voter-approved increase. (KIMA – TV) 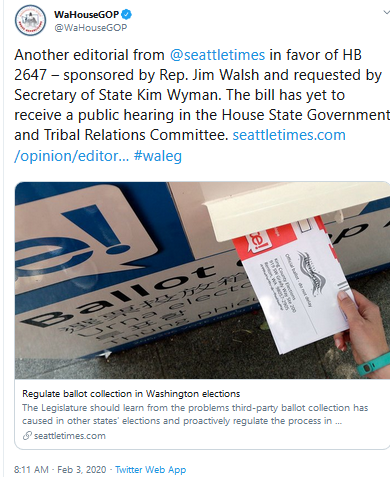 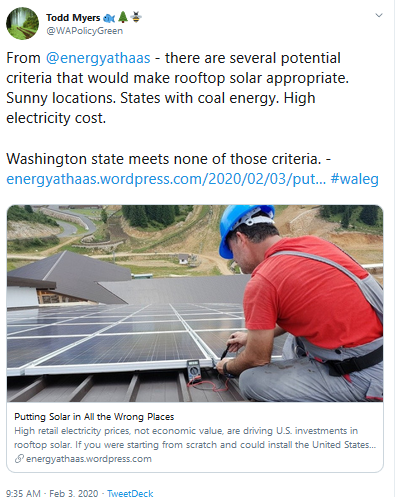 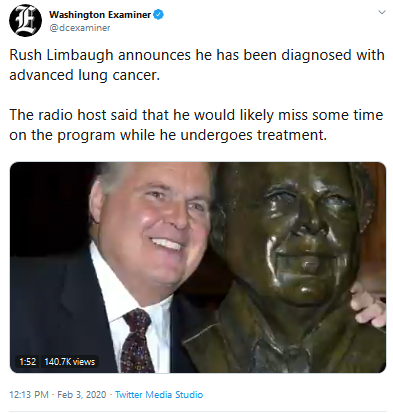