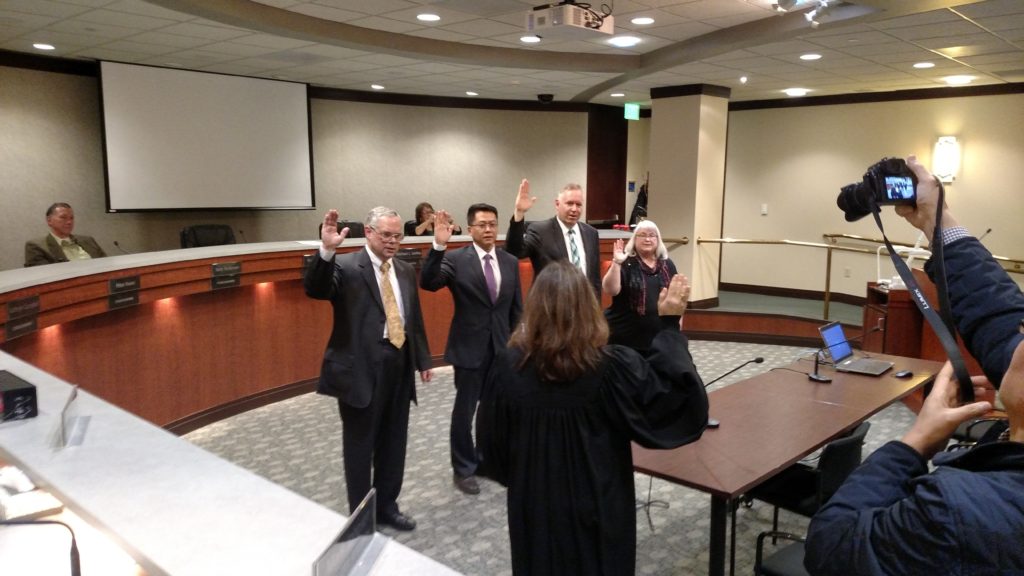 In this week’s Newsmaker Interview, we focus on the remarkable financial turnaround that has occurred in SeaTac by talking with Councilmember Peter Kwon.  At the beginning of 2016 the city was $2.5 million in debt.  Through examining all city expenses and revenues, the city finished the year with a $5 million surplus – without raising taxes.  Today the City of SeaTac has a $50 million surplus and it has not raised property taxes in 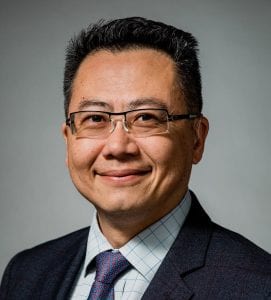 What is occurring in SeaTac is starting to receive public attention. Last weekend Councilmember Kwon received the Slade Gorton Rising Star Award at the Roanoke Conference.

Shift’s interview with Councilmember Kwon explores how the city reversed course and how other local governments can bring financial stability to their budgets.

1) When you were elected to the SeaTac City Council in 2016 the city was $2.5 million in debt. Yet after a year, it had a $5 million surplus.  Today the city has a $50 million surplus. This was done without raising taxes.  Simply put, how was this remarkable turnaround accomplished?

There were many small things that added up, but it all started with doing a lot of homework to fully understand The City’s various individual expense and revenue items, the process they go through, and opportunities for savings or additional revenue.  Through this effort we found ways to get better deals on existing contracts, improve the process to work towards a cost-recovery model, identify missing revenue sources, and further increase revenue by promoting more economic development.  This is pretty much how everyone manages their own personal finances, only at the city level it involves reviewing 8-inch stacks of invoices and accounting paperwork for hours on a weekly basis.

This all sounds straightforward but was incredibly difficult to narrow down.  For example, we learned that different departments were using different printing companies and paying different prices for similar projects.  When all printing was consolidated to a contract with a single company, we ended up saving over 50% in printing costs immediately while also getting better service in the form of same-day delivery.  An added benefit is we went with a local family-owned company to promote local businesses.

In another example we learned that a minor home improvement permit costs the same as a larger project even though the minor permit required less City staff time, so the City was losing money working on permits for larger projects while over-charging for smaller ones.  As a result, the entire City’s fee structure was revamped to better reflect the actual costs which resulted in better cost recovery and fair treatment.

We also learned some local businesses did not have a SeaTac business license and as a result the sales tax was going to Seattle and other cities.  We immediately conducted an audit to correct this and was able to fix it moving forward.  Sadly, we can’t collect back taxes at this point but this oversight will not occur again in the future.

2) What were the major obstacles in bringing SeaTac’s budget in order?  What groups were resistant to the change that was needed?

There was a common misconception that in order to save money expenses must be cut, so one of the biggest fears from opponents was that City staff would be downsized and public services would be reduced as a result.  Nobody likes to lose their job and I understood this early on and was determined to save all jobs and improve services.

As people began to see my approach and sincere attempt to understand the budget before proposing any changes, more City staff stepped up to help and participate in finding solutions.  Today, because SeaTac has a healthy reserve fund and is able to weather a future recession and economic downturn without having to lay off workers, I’ve heard our employees are very happy with their jobs primarily due to job security.

Of course in the end we not only hired more people, we also increased and improved public services by doing things like increasing the Human Services budget, expanding a program to roll out more new sidewalks, starting publication of a full-color City magazine delivered to every home, and providing a high-security locking mailbox program for residents.

Our last City Manager even wrote an op-ed explaining some of this just before his retirement.  It’s on page 7 of the Winter 2019 SeaTac Quarterly:

3) Do you have any advice for a councilmember from another city who is facing the same budgetary problems SeaTac was facing in 2015?

I get this question a lot because we are all looking for the magic solution to solve the budget.  Every city is unique, and every situation is different, so every solution is different and the only way to figure this out is to first do the homework to really thoroughly understand your budget on a weekly basis at the minimum.  It took me months to get up to speed and even today some SeaTac Councilmembers regularly spend hours reviewing expense vouchers not only to understand but to also continually find areas that can be further improved so it’s an ongoing process.

It takes a lot of time but is obviously well worth it.  Another thing to keep in mind is this is not a one-time effort; you’ll need to keep at it if you want to continue on a positive trajectory.

There is an 8-minute video where I explain some of this here:

First, we all know that keeping the public informed about government budget is challenging, so we’ve found a company that can provide a clear presentation of SeaTac’s budget that is available online here (check out that graph!):

There are several policy improvements put into place to protect the City moving forward.  One is that every contract with the City must be reviewed every 2 years and possibly put out for a re-bid.  This is to ensure the City is paying fair market value for goods and/or services and not getting artificially gouged.  Another policy is the City will never increase local property taxes unless the reserve fund is depleted.  This is to help keep cost of living and housing affordable in SeaTac and avoid falling into the trap where we depend on the annual 1% local property tax increase.

I should mention here that even with the numerous increases in public services, increase in Human Services, and hiring more staff and Police, the City Council has not increased local property tax in SeaTac for the last 4 years in a row.  I don’t know any other city in the whole State of Washington that can say that.

5) You have stated you are non-partisan.  Why do you believe this is important for a city councilmember?

The City Council is inherently a non-partisan position for a reason, and I believe the main reason is because party politics should not play a role in municipal government.  We are voting on things like building more sidewalks, hiring more police, and improving our neighborhoods.

Unfortunately, I’ve learned first-hand how difficult it is to run a non-partisan independent campaign, I really struggled with simple things like getting campaign signs printed because print shops will often only serve campaigns for their political party and refused my non-partisan business.  I also had difficulty raising campaign funds and ended up spending some of my own money.  At the local level it’s much easier to align with a party and have your campaign run on auto-pilot by a campaign manager, be assigned a handler, not have to worry about strategy, be fully funded by the party with no out-of-pocket expenses -all with minimal effort by the candidate, so the appeal to align early is strong.

When local politicians use their office to play party politics at the State and National levels it creates more division and discourages community participation.  We need to remember at the local level we are elected to represent everyone, not just one group or one side.

On the positive side I’ve learned because I am non-partisan it’s easier to bring both sides to the table and have candid dialogue with everyone to help reach consensus.  Being able to work across the aisle is critical to political success and being non-partisan provides that advantage.