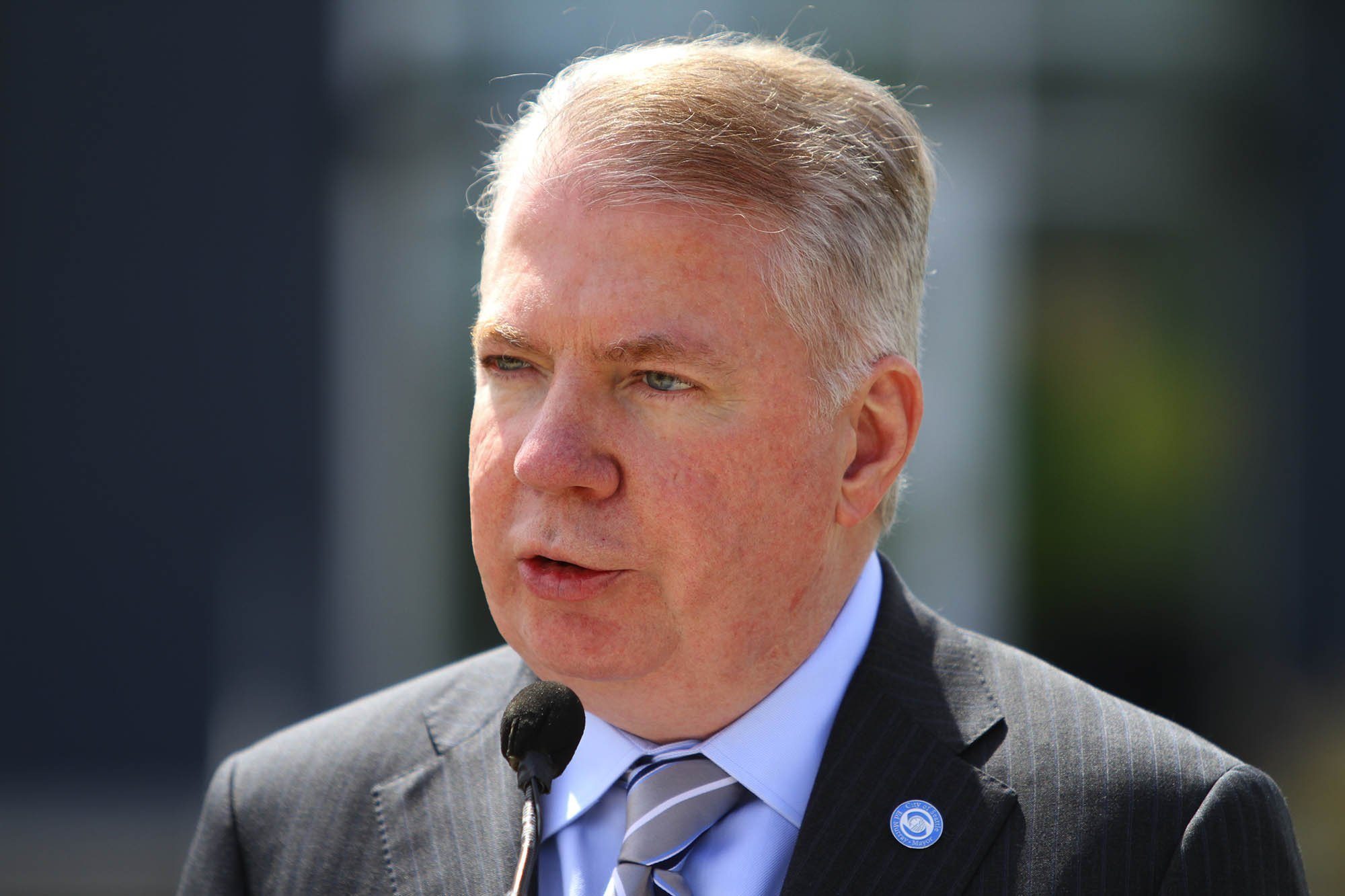 Seattle Mayor Ed Murray appears to be not only buckling under the pressure put on by far-Left activists demanding a stop to the city’s clean up of “The Jungle,” but also to be very confused on how to actually deliver on the promise of cleaning up the illegal homeless encampment under I-5. At least that’s the picture presented on the front page of the Seattle Times today.

The in-over-his-head mayor was more than happy to join with Governor Jay Inslee last week in announcing a plan to clean up the Jungle, using state money. But, once the lefties that dictate policies in Seattle started complaining, he started backtracking – and fast.

“The story doesn’t end in a few weeks,” the mayor said during a news conference, later adding, “To say you could get everybody out forever, I think, is not possible.” And then demonstrating just how little control he actually has in getting anything done, Murray admitted, “I don’t have the answer… We’re actually making this up as we go along.”

As Shift previously reported, the city and state are partnering with Seattle’s Union Gospel Mission to “offer outreach and resources” (including addiction care) to those in need. And the folks from the Mission seem to be the only ones involved in the fiasco who actually offer solutions that work.

But, unbelievably, the plans to clean up the illegal and unsanitary nightmare that is the Jungle sparked the anger of a group of protesters. During a city council meeting, a “representative for the Jungle” demanded the city “put an end to homeless sweeps and, laughably, the right to live rent-free in unused buildings, public or private.”

Now, Murray appears ready to meet those demands — at least in part.

“We should try to remove as many people as we possibly can. We are not going to do a sweep. I have said to folks again and again … it will take an extensive amount of time for us to empty out the ‘Jungle.’”

Murray insisted that, unless people living in homeless encampments are breaking laws (which, by the very fact they are living there, they are breaking the law), they would not be criminalized.

Murray’s willingness to allow the Jungle to stay in business appears to be driven by just the threat of being sued. As the Times reported, “ACLU of Washington Deputy Director Jennifer Shaw said her group is preparing a lawsuit to stop the city from sweeping encampments, including The Jungle, until it can offer everyone permanent housing.”

Murray’s statements further contradict those he made last week during a joint conference with city, state and nonprofit leaders. As MyNorthwest.com reports:

“During that conference, representatives of the City and State gave an approximate two-week deadline for people living in the Jungle. After that, according to information from the conference, state workers would move in and clean up waste and repair damaged infrastructure. Additionally, it was announced that a ‘combination of deterrents’ would keep people from returning to the Jungle.”

Even Jay Inslee had his say about Seattle’s original plan — a plan that did, in fact, involve relocation. Inslee said, “This is a person-centered approach with the necessary supports to shift people into more stable housing.”

Looks like the relocation and the “combination of deterrents” parts of the plan are not going to happen anymore.

It’s more of Murray’s scheme to make Seattle the “land of opportunity” … for enabling homeless people.