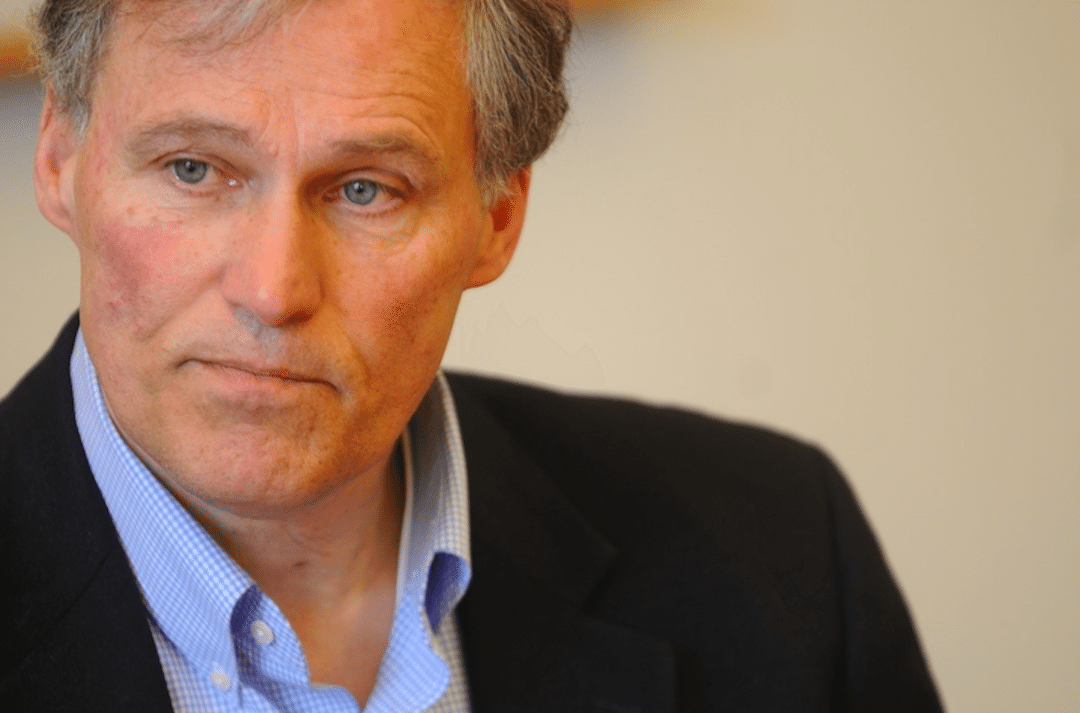 Jay Inslee has always had a unique (read: weak) leadership style. In his latest failed “leadership” move, our green governor decided that it wasn’t enough to just hold an unhinged press conference where he launched offensive partisan attacks on State Senate Republicans, so he also decided to cancel all future meetings with the Senate Majority Leader Mark Schoesler.

The cancellation appears to be Inslee’s petty way of getting back at Senate Republicans after they fired his ineffective and incompetent Secretary of Transportation last week.

Schoesler made it clear that the cancellation was Inslee’s decision. Schoesler stated, “Cancellation came from the governor, not from me. My door is always open, I guess his door is closed.”

As is usual between a governor and leaders of their state legislative bodies, Inslee and Schoesler typically meet every week to two weeks during the legislative session. Apparently, that will not longer happen. Inslee mouthpiece Jaime Smith confirmed future cancellations of the regular meeting.

Smith stated, “Senate Republicans have made it clear they have very different priorities for the session.”

Inslee backtracks on previous promise
Inslee’s actions and Smith’s rather pathetic explanation is contrary to what our green governor pledged he would do during his press conference on Monday. Inslee told reporters that he plans to continue to work with legislators despite his anger toward Senate Republicans for daring to do their jobs and hold his ineffective government leaders accountable.

So, our green, green governor either had no intention of acting on his words or he changed his mind and decided that he would take the partisan route that he is so comfortable with.

Certainly, Inslee has plenty of time on his schedule. Between having dinner with Service Employee International Union (SEIU) boss David Rolf and liberal billionaire/Democrat financier Nick Hanauer, and scheduling time to practice reading with his staff, we all know Inslee has quite enough time to meet with Schoesler.

Inslee’s petty retaliation reveals highly partisan nature
The cancellation illustrates that the real problem for Inslee is that he’s always been an extreme partisan who has never let go of his inner-Congressman. Inslee approached his gubernatorial position using D.C.-style politics from the very beginning. As he proved through his appointments, Inslee is more committed to surrounding himself with partisans willing to push his agenda without question than with reforming state government for the better.

Inslee’s decision to cancel meetings with Senate Republicans during a legislative session should come as no surprise. This isn’t the first time Inslee has chosen to participate in partisan politics rather than work as a leader.

Inslee’s demonstrated extreme partisanship in 2013
Inslee entered into his first legislative session in 2013 by breaking from the traditional role of the governor and insisting that he was “not a referee between the House and Senate, but a player on the field.” According to the Seattle Times, that attitude made him a “margin player, and limited his influence.” But, it also delayed the state Legislature’s ability to come to an agreement on the state budget.

Indeed, the 2013 legislative session ended in a budget stalemate between the Democrat-controlled state House and the bi-partisan Majority Coalition-controlled state Senate, and just like last year the legislature was forced into a special session. In 2013, the special session ended mere hours before the July 1 deadline for a state government shutdown before lawmakers finally approved a budget.

Inslee did not change his partisan ways in 2015
During the 2015 legislative session, Inslee persisted in his “player on the field” role by setting a highly partisan tone. He kicked off the legislative session by making a series of ridiculous spending demands. At the start of last year’s budget talks, Inslee went so far as to threaten to veto any budget that did not raise $1 billion or more in taxes. Inslee utterly failed to put aside his partisan interests and agenda. And, he utterly failed to lead.

In the end, Inslee struck out on all of his top priorities, including a new state income tax on capital gains, a new cap-and-tax plan to raise energy prices, and jamming through a fuel mandate (by executive order, not legislative vote) to raise the price of gasoline. And, ultimately, lawmakers settled on a budget despite Inslee (at one point they even kicked him out of negotiations).

The truth is that Inslee—just like his appointees—does not have the skills a good leader requires. His latest petty partisan move only serves as further proof.