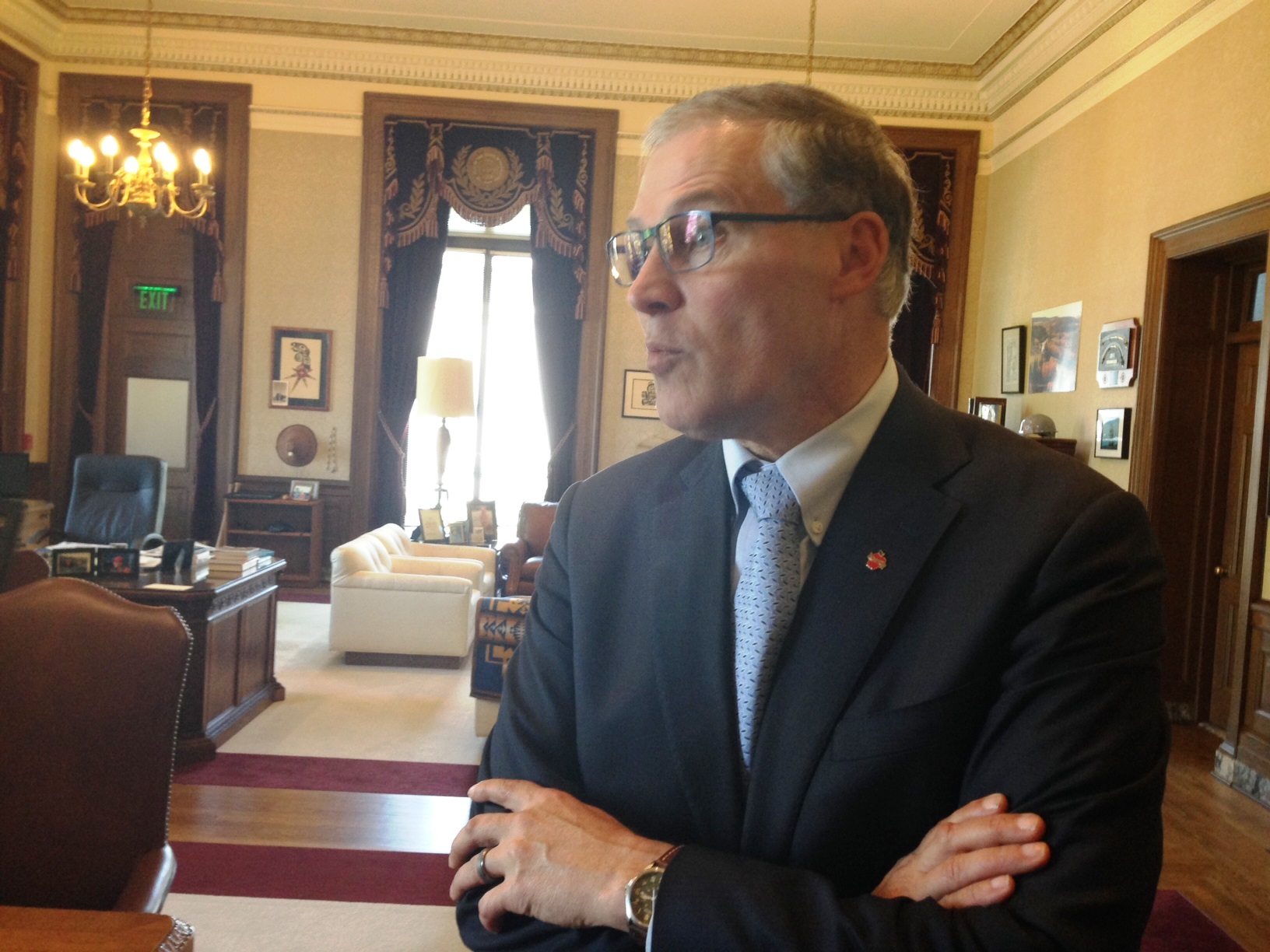 According to reports and statements from legislators, the face-to-face meetings between Jay Inslee and budget negotiators from the House and Senate have stopped. It appears that budget negotiators feel they could progress faster without Inslee’s involvement.

Certainly, Inslee did not help matters when he broke with protocol, and talked about the negotiations with the media, after having demanded that lawmakers meet in his office. As Shift reported, Inslee and his budget director David Schumacher were in such a hurry to show that they were having an impact on the negotiations that they both told reporters that lawmakers had reached a “tentative” spending level agreement on Friday. That claim turned out to be false and, as the Everett Herald points out, probably harmed any progress made during negotiations. The Herald,

“Schumacher told reporters they were pretty close to an agreement on the level of spending AKA the size of the box.

“At one point he described it as a “tentative agreement” if both caucuses go along with the framework put together by negotiators.

“Apparently that characterization deflated the buoyant mood and kind of ended Inslee’s tenure as a potential deal-maker.

“Schumacher, in the view of lawmakers, committed a major foul by telling reporters about what purportedly transpired behind those closed doors. For all their disagreements, Democrats and Republicans agree there must be a cone of silence on those conversations. That’s why the door is closed.”

Of course, Inslee claims he is still involved—so much so that he canceled a speaking trip to Yakima on Saturday.  Though Inslee insists on his relevance, he and his spokespeople—suspiciously—have no idea what is going on. An Inslee spokesperson said via email, “We’re not characterizing how progress is going but talks are ongoing and the governor wanted to be where he could (be) most helpful.”

So, if that statement is true, presumably Inslee was nowhere near where the budget negotiations were taking place – and he could have gone to his Yakima speech.

As for Inslee, given his sorry track record as a leader, lawmakers appear better off without his obstructive involvement.