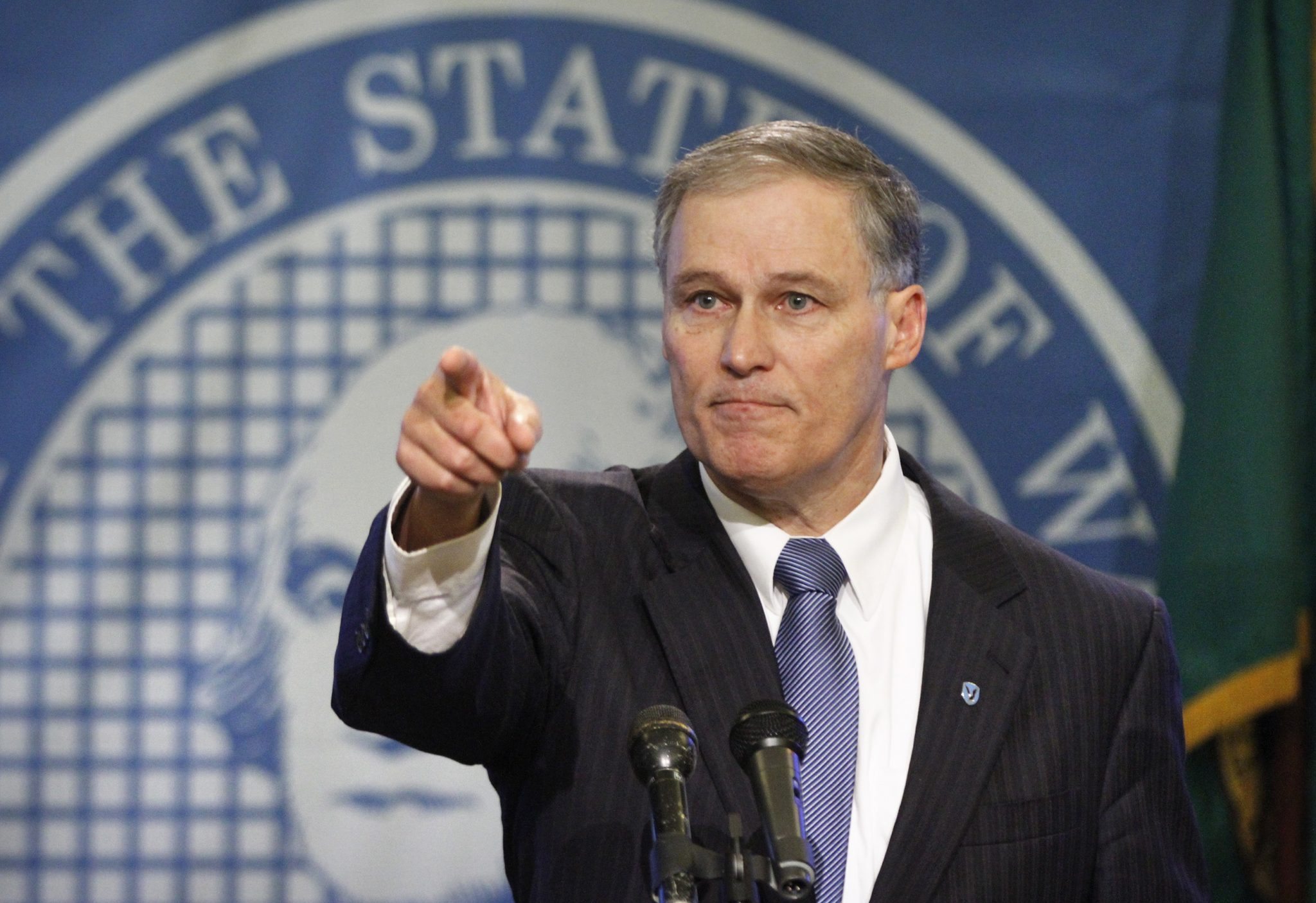 As a gubernatorial candidate, Jay Inslee said the following (and much more):

When Jay Inslee broke his many no-new-taxes campaign promises and proposed historical tax increases worth nearly $1.5 billion (over $3 billion in the 2017-19 biennia) despite the extra $3 billion in revenue state officials estimate they will collect under current tax rates, it should have come as no surprise. After all, his no-new-taxes broken promise follows a long precedent set by Democrat governors in Washington State.

Democrats’ tendency to make now-new-taxes campaign promises makes a lot of sense. It is an appealing promise to voters across the state. The fact they these same Democrats candidates would then turn around and raise taxes (or propose raising taxes) once they became governors also makes a lot of sense. Their party platform lists a state income tax as a “guiding principle” and Democrats do not have a great track record of, well, not raising taxes.

The Washington Policy Center points out the following broken promises dating back to Mike Lowry’s tenure beginning in 1993:

The Seattle Times reports that as a candidate Christine Gregoire said, “Now is not the time you put taxes on people…”  The Times added, “On her way to re-election Tuesday, Governor Christine Gregoire pledged not to increase taxes or fees to balance a state budget…” and, “Gregoire was pretty explicit during the campaign when pressed on whether she’d support increasing taxes or fees next year.  She said no and reaffirmed the vow Wednesday.”

KOMO News reported, “After sounding like a tax foe in the 2004 campaign, Gregoire proposed a raft of new taxes and approved the Legislature’s even larger $500 million tax package for the 2005-07 budget.”

KOMO News also reported that when running for re-election Governor Gregoire said, “I said four years ago, I’ll say it again now: The last resort thing you want to do is go for taxes…”

The Seattle Times reported Governor Locke, “edged away from a campaign promise to roll back 1993 increases in the business and occupation tax,” while vetoing a Republican-backed plan to cut the state property tax.

The Times reports the Governor, “during the campaign and as late as his inaugural address last month [January], ‘Of course, I also support rolling back the business and occupation tax to pre-1993 levels.’” He then vetoed the bill to do that the following month.

The Seattle Times reported Governor Locke proposed a $1 billion tax increase, to be collected through a 15 percent increase (from a 6.5 percent rate to a 7.5 percent rate) in the state sales tax.  Voters later defeated the proposal at the polls.  The Times described the proposal as “a flip-flop from Locke’s position last year that boosting the sales tax would hit the poor too sharply.”

The Seattle Times also reported, “Governor Locke, with only a few weeks left in office, is expected to propose a tax increase of about $500 million…” Shortly afterward, The Columbian reported, “He [Locke] proposed raising revenue by $598 million over two years…” including “a one percent tax on the gross receipts of physicians.”

As a candidate, Governor Lowry said tax increases would be a “last resort,” affirming he opposed raising taxes unless all other policy options had been exhausted.  After two weeks as governor-elect, he announced that he intended to seek a tax increase in the legislature.

The Spokesman Review reported, “Lowry says tax hike could be last resort,” quoting him as saying, “My last answer, not my first, is taxes.”

The Seattle Times reported that 14 days after being elected, Governor Lowry said he had decided to raise taxes. “I don’t see a way out of the last resort of finding new revenues.”