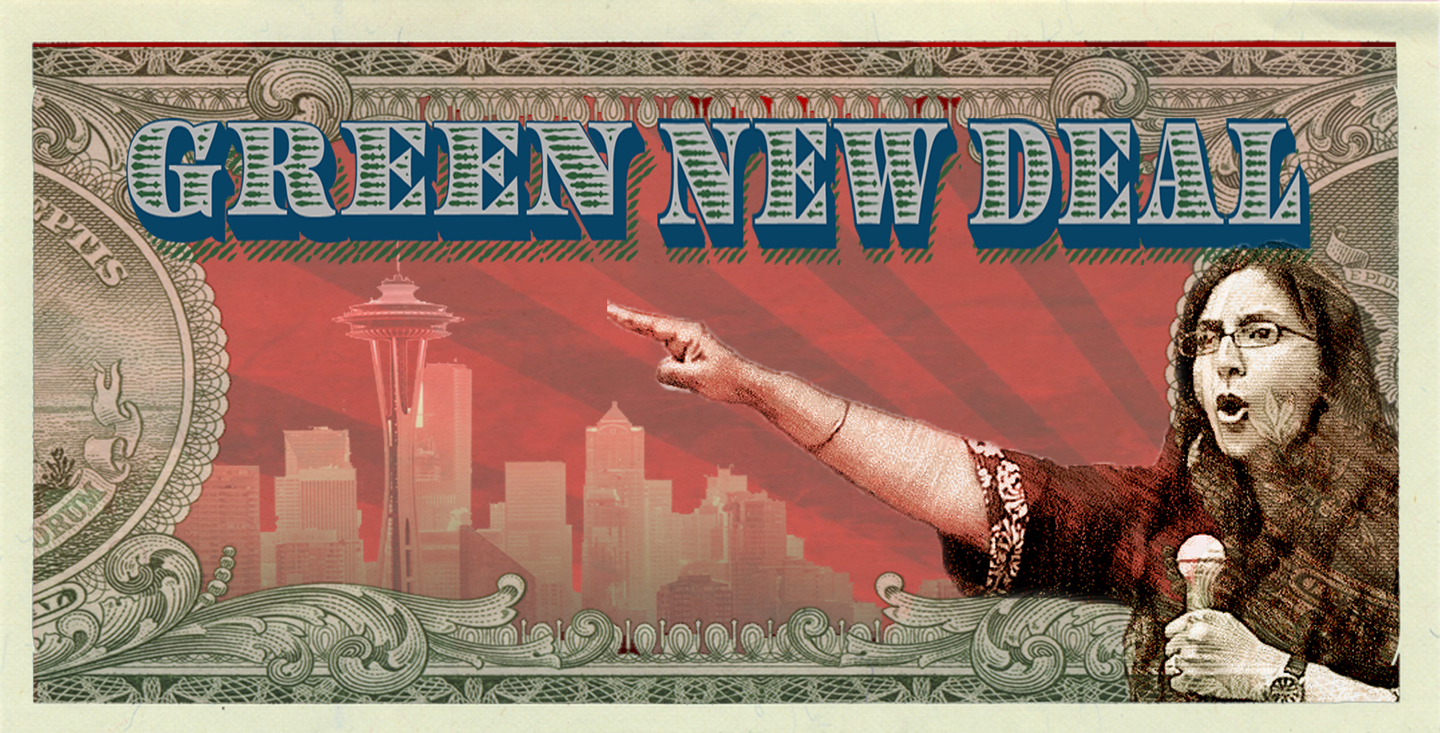 Reaffirming their claim as the pioneering avant-garde of environmentalism, the Church of Seattle City Council Progressivism resolved to advance their version of a Green New Deal yesterday. The 12-page plan, (which is longer than the bill recently rejected by the U.S. Senate on a 57-to-0 vote), is an expansive restatement of Democratic Socialist Alexandria Ocasio Cortez’s (D-N.Y.) utopian dream.

Kshama Sawant’s party, Socialist Alternative and ecosocialist groups 350 Seattle and Got Green. These are the same activists who led the $47 million dollar head tax debacle against Amazon, left 2,300 lbs of trash in Skagit county after an anti-fossil fuel protest, and justified a road blockade outside Northwest Detention Center because “Ending immigrant deportations is absolutely an environmental issue.” I guess Kshama figured after their humiliating head-tax defeat, having lame-duck councilman Mike O’Brien rush this agenda through on his way out the door was a safer bet.

It is an impossible and impractical vision; a sermon that has been strengthened by delusions of a heroic undertaking that gives importance to our lives; a commandment which demands the eradication of our nation’s energy infrastructure as atonement for our sin of material prosperity and requires faith that something will come along to replace it. It is our one last chance to save humanity from extinction…just ask our fearless Governor.

As crazy as it may sound, the Green New Deal (GND) should not be dismissed as another senseless ban on straws. You should understand that the radical environmentalism narrative is a politically correct shroud of irrational fear, designed to advance a complete economic takeover of our economy and country by a political party that is desperate to reclaim power. This may sound like hyperbole, but GND architect and Ocasio-Cortez’s outgoing chief of staff Saikat Chakrabarti confessed this in an interview with The Washington Post. 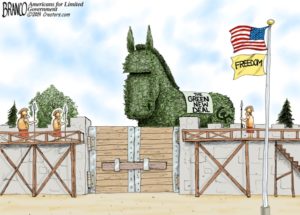 Seattle’s all-encompassing roadmap for government takeover includes a long list of initiatives aimed at transforming building construction, transportation, housing, energy, food consumption, climate preparedness, and job training. The city also acknowledges the “current and historic oppression” suffered by several groups at the hands of capitalism, vowing to center the economic transition around their priorities. And because these communities are “most impacted” by racism and environmental injustice, they will subsume a majority of a new GND Oversight Board and be empowered to “provide recommendations on the design and modifications of policies, programs, and projects related to the GND; and monitor progress in meeting intended outcomes and goals; and hold the City and other stakeholders accountable to their commitments to implementing equitable policies, programs, and projects that realize the vision.”

What this means is that future policies and decisions behind the most massive economic and societal transformation in modern history will not be made by people chosen on merit or expertise, but by the color of their skin, sexual preference, age, and social class. The chosen “frontline communities” who will determine our future are as follows:

There is also no mention of representatives from the transportation, construction, or freight industries or from businesses and property owners who will be severely impacted by the requirements. Here are just a few from that long list:

Also lacking in Seattle’s brave New Deal is language addressing our currently out-of-control drug epidemic and associated crime epidemic, HIV epidemic, Hepatitis A outbreak, environmental hazards from encampment filth, or our waterways which are contaminated with fecal bacteria and illicit drugs. Furthermore, they forgot to include how much this unavoidable endeavor will cost and how Seattle taxpayers will pay for it.

Thankfully, in committee discussion, council member Sawant caught this oversight and called for adding explicit language stating the multi-billion dollar deal will be funded by “taxing big business, the wealthy, and other progressive revenue sources.” [1:11:40] (Because that obviously worked out well when attempted on Amazon.) Nevertheless, councilman Abel Pacheco agreed, adding the need to motivate King County and the State to help out given the fact that the wealthiest targets for funding reside on the “other side of the lake.” [1:13:40] Oh and he also wants to throw in a ban on all single-use plastics. 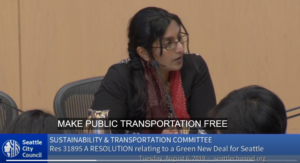 Lastly, Sawant called for language promoting “loophole-free rent control measures, expansion of public-owned housing, and free public transportation.” Other than those few minor details, the resolution was passed with an eruption of applause from the crowd. I guess there just wasn’t time to include plans to fix Seattle’s existing crises, given the emergent nature of the election year and need for departing council members to bolster their legacy. It will be interesting to see which members sign their names to this burgeoning agenda on Monday, as it is brought before the full council.