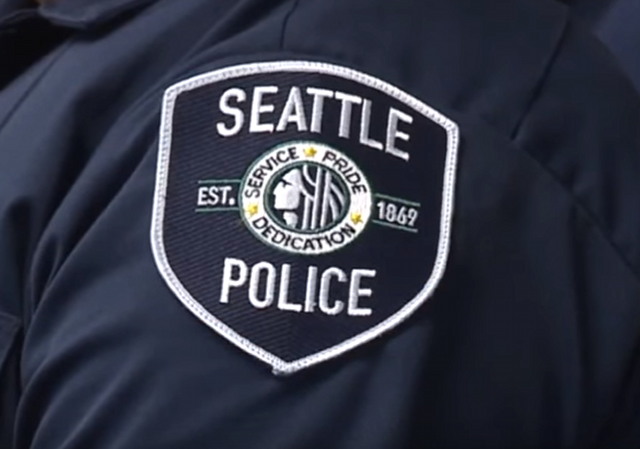 As Shift has previously reported, the Democrat-controlled Seattle City Council slashed the city’s police budget last year, spurring the exodus of 186 officers from the department in 2020 alone. That number looks set to increase again, as the council is considering another $5.4 million in police department cuts this year.

Despite increasing crime, lawlessness, the “Summer of Love” (which wasn’t so lovely for most people) and mass riots through Seattle, the socialists and other lefties on the Seattle City Council still can’t connect the dots and realize that when they establish policies to stop enforcing the law, criminals do what they want without fear of consequence.

The reduction in officers represents about 20% of the police department’s full-time employees and things are only going to get worse. Morale in the department has plummeted as the officers, understandably, continue to transfer to other departments or take early retirement. In February, the department’s finance director told the City Council of the extreme staffing shortage, and how they were transferring officers between departments to be able to answer 911 calls.

Mark Solan, the President of the Seattle Police Officers Guild, told Shift in January that officers are leaving in droves because they had, “yet to hear one politician on the city council publicly condemn the violence against our officers. This to me is stunning and a direct reason as to why officers are leaving.”

For parts of the day, the police do not have enough officers to answer all the 911 calls. Response times for priority calls are now averaging eight minutes, according to the Downtown Seattle Association. Don’t panic though, while you wait for the police to (maybe) show up to arrest someone breaking into your home or business, you can call Seattle’s new street czar. Andre Taylor (whose biography includes – literally – time as a pimp) will be more than willing to discuss how to reason with the criminal in your house, since the city now pays him $150,000 given his expertise with such matters.

Just last year, the council cut $76 million from the police budget, shortly after Antifa thugs had joined with other protestors to take over part of the city. The cuts supported by Democrat short-timer Mayor Jenny Durkan prompted Police Chief Carmen Best to resign in protest. Durkan, adding her name to this list of failed liberal Seattle mayors,  has decided not to run for the office again, but things might not get better for the police department’s budgets. The current crop of candidates are even more “progressive” (read “extreme”) in their dreams for the city. They make Durkan look positively bland and moderate in comparison.

Running alongside the mayoral wannabes but seeking the open at-large Council District 9 seat, is 2017 mayoral candidate and progressive activist Nikkita Oliver. The Oliver campaign website captures her anger that Seattle is so conservative, and that Seattle needs to “Divest from Policing to Invest in Community”. FYI – That’s typical Democrat-speak for ”Defunding the Police”. Oliver also wants to allow homeless camps everywhere, legalize prostitution, end the city’s contract with the King County Jail, and ban all fines.

According to Q13 reporter Brandi Kruse, Oliver wants to defund the police by 100%.

The rest of the Seattle Council can pretend to be reasonable by only wanting to see a 50% reduction in police funding, instead of Oliver’s preference of no police in Seattle.

However, unlike in the city of Seattle/CHAZ, there are people in the rest of the state with the basic understanding that more police officers equate to less crime. Given the mass exodus of Seattle residents escaping to the suburbs (largely to get away from Seattle’s homelessness crisis, increasing crime, and general all-around decline), there are few elected officials who should be recommending anything Seattle has done.

Seattle is heading further down a road of self-destruction – only the voters can stop it. The Council and Mayor won’t.