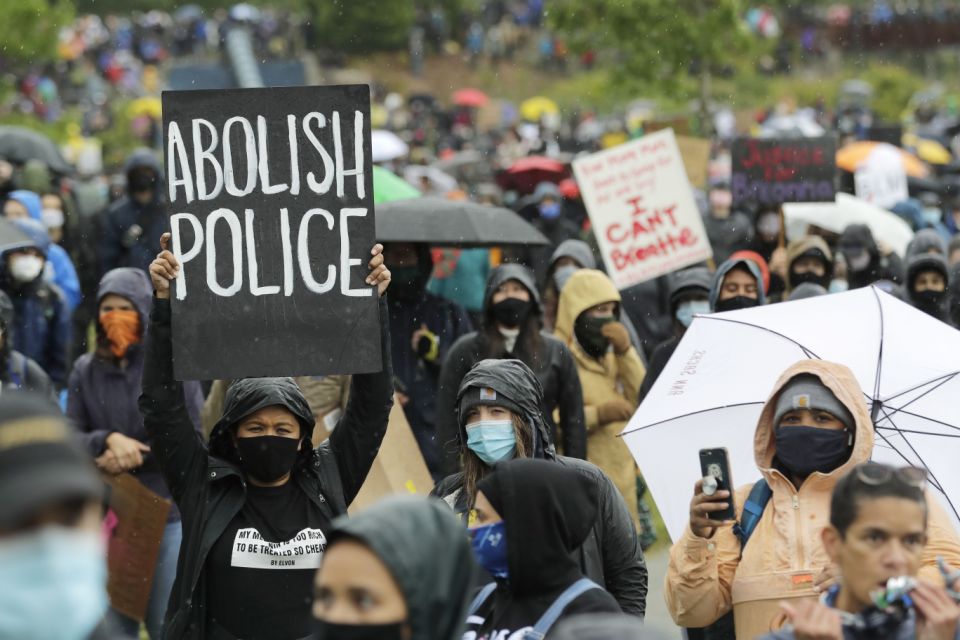 If you enjoy riots, property damage and lawlessness in your neighborhood, you’ll like the newly formed Democrat “Policing Policy Leadership Team” which will be making recommendations for changing the way policing happens in Washington state. In fact, you can watch these “leaders” debut some of their ideas during a hearing this afternoon (Monday), from 1:30- 3:30 pm on TVW.

Members of this new committee include Democrat Representative Roger Goodman, the vulnerable chairman of the House Public Safety Committee who is perhaps best known for being accused by his ex-wife of driving his kids around while high, even before what he was smoking was legal in our state.  Because Chair Goodman didn’t appear up to the task of leading his caucus on public safety issues this year, the new committee includes six other members who belong to the Black or Members of Color caucuses in the House. What is missing from the committee is a single Republican. Apparently, the only legislative qualification to be on this special committee is that you are a Democrat with a flexible definition of what constitutes “crime”.

This is from the party which claims it has bipartisan representation in everything it does.

The policy group has allegedly been meeting since June, with the goal of developing new police reform legislation to limit what it considers “questionable” police tactics and strengthen police accountability. Sound familiar? It should, as it’s the same liberal drivel that the City of Seattle was pushing right before the “Summer of Love” that Seattle Democrat Mayor Jenny Durkin sang such high praises for when the CHAZ/CHOP was in place.

It seems the Democrats now want the riots and lawlessness which Seattle embraced over the summer to be offered to the rest of the state.

The Seattle City Council, whose loudest supporters seem to be the folks who appreciate not having to worry about the police showing up anymore, is continuing to slash the city’s police budgets and take officers off the street. Just ahead of them in this lunacy is the Minneapolis City Council, which is confused by the massive spike in arson, assaults, homicides, and robberies which have occurred since it cut the city’s police budget this fall.

Several Minneapolis City Councilmembers took to YouTube recently and were genuinely confused about why cutting police funding would result in more crime. They just couldn’t understand why so many guns were on the streets with no permits.

As Pete Hegseth, a Minnesota native, said to Fox and Friends on November 11th, “Utterly predictable. All you need is one brain cell to know that if you A) remove police, you’re going to create the space for crime, and then B) if you demoralize police by telling them they’re the bad guys, you’re going to create an environment where why in the world would they want to take one single risk?”

Modelled after Minneapolis, Seattle’s anti-police policy was the deciding factor for Seattle Police Chief Carmen Best to abruptly quit earlier this year. After being told by the very “woke” Seattle City Council that they didn’t need here kind of the policing anymore, and realizing she was being set up for failure, Chief Best understandably left her job.

Now the Olympia Democrats want the same soft on crime approach for the rest of Washington.

Unlike the city of Seattle, however, the rest of the state has more people with the basic understanding that more police equates to less crime. Given the max exodus of Seattle residents escaping to the suburbs, largely to get away from Seattle’s homelessness crisis, increasing crime, and general all-around decline, the Policing Policy Leadership Team should not be recommending anything Seattle has done.

Other cities in the state won’t tolerate Seattle-style politics in their communities. Somehow, we don’t think we’ll see a “Summer of Love” happen in Republic, WA or Richland WA any time soon.