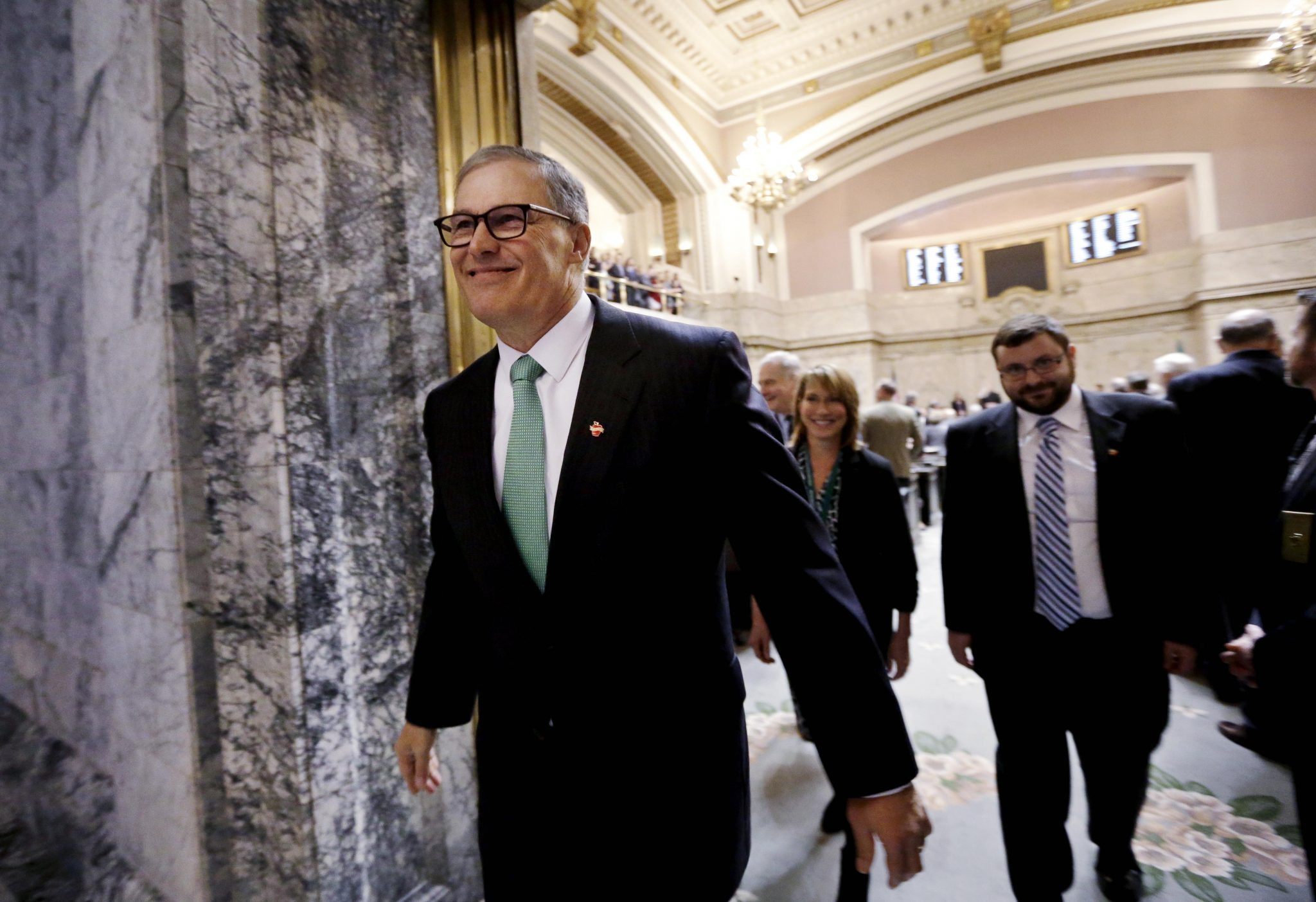 Jay Inslee has made a habit out of campaigning against tax increases before elections, and then breaking those promises after the voters in Seattle elect him (he has lost the vote in 2012 and 2016 in the rest of Washington State outside the city of Seattle).

Unfortunately for people who depend on the mainstream media for their news, local reporters won’t actually report on what Inslee is doing.

Take this story from the Puget Sound Business Journal (PSBJ) – which from the publication name you would assume reports on the news from a business perspective. Instead, here is the PSBJ lead on Inslee’s tax increase plans:

“Gov. Jay Inslee proposed $4.4 billion in new taxes – including on capital gains, carbon emissions and increases to the state’s business-and-occupation tax – to fully fund K-12 education in the state for the first time in decades.”

The reporter doesn’t mention that Inslee promised in 2012 that he would not seek tax increases to fund state government. Or that Inslee’s tax increases are not just for education – over $1 billion is for his “green” special interest campaign donors. Or that voters just last month rejected a carbon tax by over 59%. Nor does the PSBJ mention that it has been THREE decades of Democrat governors who have been underfunding education.

No, the “reporter” at the PSBJ just writes that Inslee is proposing tax increases for the kids.

Even worse is the Seattle Times, which should know better that Inslee doesn’t tell the truth. After all, it was a Times reporter that got Inslee to commit in 2012 that he would “veto” tax increases.

As Shift has pointed out, taxing capital gains is taxing income. But the Times doesn’t want to admit that, because the editorial board at the paper wants a state income tax, even if voters do not.

Of course, Inslee’s plan is dead on arrival, because it’s out of touch with the voters. Even Democrat leaders in the State House of Representatives won’t support their governor. From the Times, “House Majority Leader Pat Sullivan, D-Covington, said he was still reviewing Inslee’s proposal…the governor, added Sullivan, “shares a lot of our values.”

Jay shares their Democrat “values” for raising taxes, but they are afraid of jumping on board his tax-increase train that will never leave the station.

And, the Times writes that Republicans are even more blunt: “Senate Majority Leader Mark Schoesler, R-Ritzville, called the governor’s plan ‘far, far and away the single biggest tax increase in state history.’ Inslee’s plan ‘looks more like another attempt to impose a new carbon tax and a new tax on income and less like a way to thoughtfully address the K-12 funding question,’ Sen. Ann Rivers, R-La Center and a member of the state’s Education Funding Task Force, said in a statement.”

So the opening tax-increase salvo has been launched by Inslee. Will it even live to see the New Year?