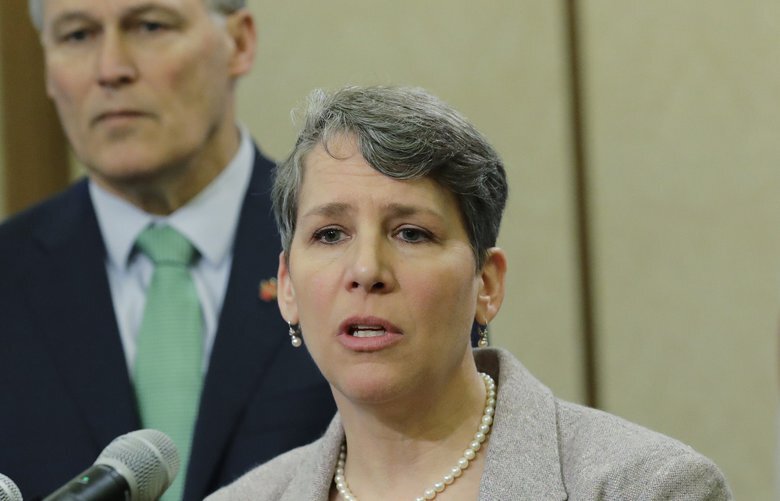 After months of heckling from a few in the media about Nigerian fraud, management incompetence, and covering up the failing employment trust fund, Employment Security Department Commissioner Suzi LeVine has finally admitted they are running out of money. Here at Shift, we saw the writing on the wall months ago, but it took a few months more for Democrat mega-donor, campaign fundraiser, and Inslee appointee LeVine to catch up.

Just an FYI, Suzi: read Shift and you might find out what on in your own department a little sooner.

The situation is dire. Due to Democrat Governor Jay Inslee’s continued, politically motivated lockdown of state business, unemployment is at record highs and the state has burnt through over $2.5 billion of the $5 billion of the unemployment 2020 starting fund balance. The state claims the fund will run dry in 2021, but all indications are that it will be bankrupt later this year. Given LeVine’s history of missing deadlines and underestimating the amount of claims, expect the money to run out sooner.

In the long term the money has to be replaced.

Levine’s idea of a fix? Borrow money from the federal government. Money that Washington employers will have to pay back. Estimates from the employment security department’s own reporting, project unemployment taxes will double next year and go up another 30% in 2022. Insurance rates will continue to be at least twice today’s rates through 2025.

The state has only recovered 50% of the $650 million stolen in the Nigerian fraud scheme and this is only going to make replacing the money harder.

Even when the state is supposed to be paying claims, incompetence prevents it from getting money to those who need it the most. Originally, June 15th was the line in the sand Commissioner LeVine drew, claiming every unemployed person who had applied for benefits would be paid by then.

Now the deadline is the end of July. The backlog is still close to 70,000 cases.

Lucky for LeVine, the line she drew was in sand and not concrete.

Inslee is trying hard to ignore the unemployment fund situation he created and is letting his appointee LeVine take the heat. The blame for the problems lie with them both and it’s time for Inslee to ask LeVine to step aside and let someone competent fix the problems at the department. Inslee’s lack of leadership and maniacal utterances has shown his inability to lead this state unless he can be in total control.

Speaking of control, after months of press monologues where Inslee has tightly controlled questions from the press, Inslee faced the people of Washington State in Pasco. When heckled by Washington residents who are disgusted with how Inslee is bullying the state and destroying communities with his unconstitutional edicts, Inslee scurred away and hid from the public.

In response to the citizens exercising their 1st amendment rights, Inslee quipped, “No one voted for those people out in the courtyard today.” Inslee should remember that next time he claims the same 1st amendment privilege as he did at the end of June.